The Federal Reserve Is A Saboteur – And The Experts Are Oblivious 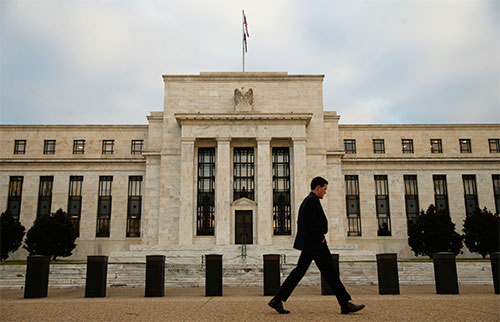 Federal Reserve deliberately sabotaged the U.S. economy many times in the past. In fact, the Fed can be named an “economic suicide bomber.” This label fits perfectly, and the Fed’s recent actions directly confirm these accusations.

Back in 2015, when the journalist Brandon Smith predicted that the central bankers would shift gears dramatically into a program of consistent interest rate hikes and that they would begin cutting off stimulus to the U.S. financial sector and more specifically stock markets, almost no one wanted to hear it. The crowd-think at that time was that the Fed would inevitably move to negative interest rates, and that raising rates was simply “impossible.”

They assume that the U.S. economy is indispensable to the globalists and that the U.S. dollar is an unassailable tool in their arsenal. Therefore, the Fed would never deliberately undermine the American fiscal structure because without it “they lose their golden goose.”

This is, of course, foolish nonsense.

Since its initial inception from 1913-1916, the Federal Reserve has been responsible for the loss of 98% of the dollar’s buying power. Idiot analysts in the mainstream argue that this statistic is not as bad as it seems because “people have been collecting interest” on their cash while the dollar’s value has been dropping, and this somehow negates or outweighs any losses in purchasing power. These guys are so dumb they don’t even realize the underlying black hole in their own argument.

IF someone put their savings into an account or into treasury bonds and earned interest from the moment the Fed began quickly undermining dollar value way back in 1959, then yes, they MIGHT have offset the loss by collecting interest.

However, this argument, insanely, forgets to take into account the many millions of people who were born long after the Fed began its devaluation program. What about the “savers” born in 1980, or 1990?

They didn’t have the opportunity to collect interest to offset the losses already created by the Fed. They were born into an economy where saving is inherently more difficult because a person must work much harder to save the same amount of capital that their parents saved, not to mention purchase the same items their parents enjoyed, such as a home or a car.

Over the decades, the Fed has made it nearly impossible for households with one wage earner to support a family. Today, men and women who should be in the prime of their careers and starting families are for the first time in 130 years more likely to be living at home with their parents than any other living arrangement.

This is almost entirely a symptom of central bank devaluation of the currency and its purchasing potential. The degradation of the American wage earner since the Fed fiat machine began killing the greenback is clear as day.

The Fed is also responsible for almost every single major economic downturn since it was established. Ben Bernanke openly admitted that the Fed was the root cause of the prolonged economic carnage during the Great Depression on Nov. 8, 2002, in a speech given at A Conference to Honor Milton Friedman … On the Occasion of His 90th Birthday:

“In short, according to Friedman and Schwartz, because of institutional changes and misguided doctrines, the banking panics of the Great Contraction were much more severe and widespread than would have normally occurred during a downturn.

Let me end my talk by abusing slightly my status as an official representative of the Federal Reserve. I would like to say to Milton and Anna: Regarding the Great Depression. You’re right, we did it. We’re very sorry. But thanks to you, we won’t do it again.ˮ

Bernanke is referring in part to the Fed’s program of raising interest rates into an economic downturn, exacerbating the situation in the early 1930s and making the system highly unstable. He lies and says the Fed “won’t do it again;” but they are doing it RIGHT NOW. 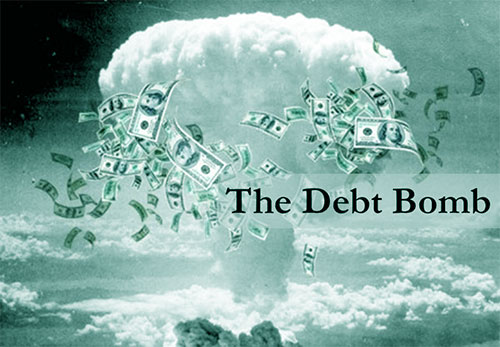 The Fed was the core instigator behind the credit and derivatives bubble that led to the crash in 2008, a crash that has caused depression-like conditions in America that in 2017 were still not rezolved.

Through artificially low interest rates and in partnership with sectors of government, poor lending standards were highly incentivised and a massive debt trap was created.

Former Fed chairman Alan Greenspan publicly admitted in an interview that the central bank KNEW an irrational bubble had formed, but claims they assumed the negative factors would “wash out.” Yet again, a Fed chairman admited that they either knew about or caused a major financial crisis.

So we are left two possible conclusions: they were too stupid to speak up and intervene, or, they wanted these disasters to occur.

In 2017, we were faced with two more brewing bubble catastrophes engineered by the Fed: The stock market bubble and the dollar/treasury bond bubble.

The stock market bubble was rather obvious and openly admitted. As the former head of the Federal Reserve Dallas branch, Richard Fisher, admitted in an interview with CNBC, “the U.S. central bank in particular has made its business the manipulation of the stock market to the upside since 2009ˮ:

“What the Fed did, and I was part of that group, is we front-loaded a tremendous market rally, starting in 2009. It’s sort of what I call the «reverse Wimpy factor» give me two hamburgers today for one tomorrow.ˮ

Fisher went on to hint at his very reserved view of the impending danger:
“I was warning my colleagues, Don’t go wobbly if we have a 10 to 20 percent correction at some point… Everybody you talk to… has been warning that these markets are heavily priced.ˮ [In reference to interest rate hikes].

The Fed “front-loaded” the incredible bull market rally through various methods, but one of the key tools was the use of near-zero interest rate overnight loans from the central bank, which corporations around the world have been exploiting since the 2008 crash to fund stock buybacks and pump up the value of stock markets.

As noted by Edward Swanson, author of a study from Texas A&M on stock buybacks used to offset poor fundamentals:

“We can’t say for sure what would have happened without the repurchase, but it really looks like the stock would have kept going down because of the decline in fundamentals… these repurchases seem to hold up the stock price.ˮ

In the initial TARP audit, an audit that was limited and never again duplicated, it was revealed that corporations had absorbed trillions in overnight loans from the Fed. It was at this time that stock buybacks became the go-to method to artificially prop up equities values.

The problem was, just like they did at the start of the Great Depression, the central bank was once again raising interest rates into a declining economy. This meant that all those no-cost loans used by corporations to buy back their own stocks were going to have a price tag attached.

Thus, we have to ask ourselves another question; was the Fed really ignorant enough to NOT know that raising rates will kill stock markets?

Mainstream economists and investment “experts” appeared rather bewildered by the Federal Reserve’s exuberance on rate hikes. Many assumed that Janet Yellen would hint at a pullback from the hike schedule due to the considerable level of negative data on our fiscal structure released over the first half of 2017.

Yellen has done the opposite. In fact, Fed officials are now stating that equities and other assets appear to be “overvalued” and that markets have become complacent. This was in 2017 a major reversal from the central bank’s attitude from 2015. The fundamental data has always been negative ever since the credit crisis began. So what has really changed?

Well, Donald Trump, the sacrificial scapegoat, is in the White House, and, central bank stimulus has a shelf life. They can’t prop up equities for much longer even if they wanted to. The fundamentals will always catch up with the fiat illusion. 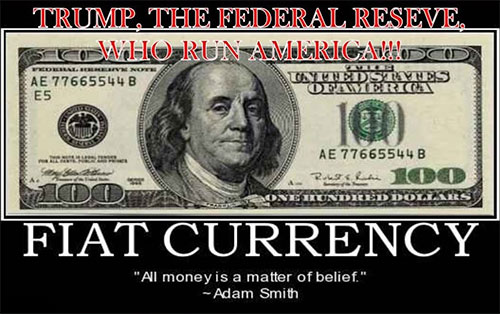 No nation in history has ever been able to print its way to prosperity or even recovery. The time is now for the Fed to pull the plug and lay blame in the lap of their mortal enemy – conservatives and sovereignty champions. They will ignore all financial reality and continue to hike. This is a guarantee.

In the Liberty Movement the major misconception is that the Fed is attempting to “catch up” to the next crash by raising interest rates so that they will be ready to stimulate again. There is no catching up to this situation. The Fed has no interest in saving stock markets or the economy. Again, the fed has raised rates before into fiscal decline (during the Great Depression), and the result was a prolonged crisis. They knew exactly what they were doing.

What did the Fed gained from this sabotage? Total centralization. For example, before the Great Depression there used to be thousands of smaller private and localized banks in America.

After the Great Depression most of those banks were either destroyed or absorbed by elite banking conglomerates. Banking in the U.S. immediately became a fully centralized monopoly by the majors. In a decade, they were able to remove all local competition and redundancy, making communities utterly beholden to their credit system.

The 2008 crash allowed the banking elites to introduce vast stimulus measures requiring unaccountable fiat money creation. Rather than saving America from crisis, they have expanded the crisis to the point that it will soon threaten the world reserve status of our currency.

The Fed in particular has set the U.S. up not just for a financial depression, but for a full spectrum calamity which will include a considerable devaluation (yet again) of our currency’s value and resulting in extreme price inflation in necessities.

The next phase of this collapse will include the end of the dollar as we know it, making way for a new global currency system that uses the IMF’s SDR basket as a foundation. This plan was openly admitted in the elitist run magazine The Economist in an article entitled Get Ready For A Global Currency By 2018.

It is important to understand that the Fed actually is a weapon. It is a weapon used by globalists to destroy the American system at a given point in time in order to clear the way for a new single world economy controlled by a single managerial entity (most likely the IMF or BIS).

This is the Fed’s purpose. The central bank is not here to save the U.S. from harm, it is here to make sure the U.S. falls in a particular manner, a controlled demolition of our fiscal structure.