The gates of the mind: Openness to experience 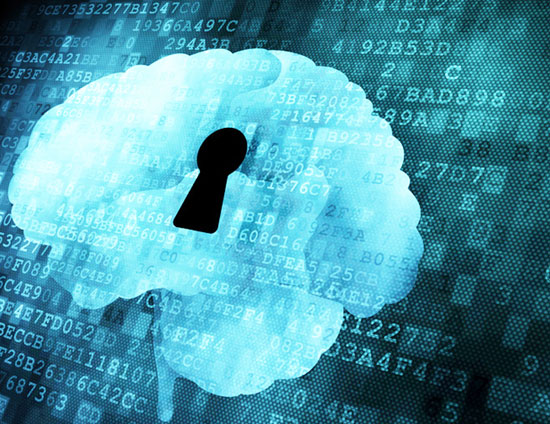 What does it mean to be “open-minded”? Are some people genuinely more inclusive in their thinking, more expansive in how they process information? Experiments in personality psychology show that open-minded people do indeed process information in different ways and may literally see the world differently from the average person.

The personality trait that best reflects the lay concept of open-mindedness is called “openness to experience”, or simply “openness”. Open people tend to be intellectually curious, creative and imaginative. They are interested in art and are voracious consumers of music, books and other fruits of culture. They also tend to be politically liberal.

According to personality theorists, openness reflects a greater “breath, depth, and permeability of consciousness” and propensity to “cognitively explore” both abstract information (ideas and arguments) and sensory information (sights and sounds). In other words, open people engage with the various percepts, patterns and perspectives that clamor for space in our mind-information is like catnip for their brain.

These abstract notions may well seem like academic hand waving, but they are anchored in concrete data from many research studies. For example, consider the superior performance by open people on tests of creativity called divergent thinking tasks. These require individuals to generate multiple, diverse solutions to a simple problem, such as: “How many uses can you think of for a brick?”

Less open people typically generate fewer and more obvious answers to this question: building walls, building houses, building other stuff. But for highly open people, the possibilities flood in. A brick can be used as a weapon, a paperweight, a replacement leg for a broken sofa. Or it can be smashed up and mixed with water to make paint. Open people see more possibilities in even the most mundane of objects.

We see something similar in studies of latent inhibition, a process also known as learned irrelevance. Learning what to ignore is critical for effective psychological functioning – it would be simply overwhelming to process the full stream of information available to our senses as we make our way through the world. So we cull through this information for relevant details, screening out everything else. The problem is, the screened-out information might be useful later, but by then we are slow to realize its significance, to unlearn its irrelevance.

This process can be modeled in the laboratory by pre-exposing participants to seemingly unimportant stimuli that later form the basis of a learning task. For the average person, this pre-exposure stifles subsequent learning-the critical stimulus has been rendered “irrelevant” and fails to penetrate awareness. Not so, however, for those high in openness, who are less susceptible to latent inhibition. This again demonstrates a more inclusive mode of thinking – a “leaky” cognitive system, if you will – that lets in information that others filter out.

These studies show that open people are less susceptible to the psychological “blind spots” that help us pare back the complexity of the world. And research shows that this characterization is more than a metaphor: open people literally see things differently in terms of basic visual perception.

Consider in-attentional blindness – the screening out of visual information beyond our attentional focus. You have experienced this if you have ever been so preoccupied with one thing that you failed to see something else right in front of your eyes. (Smartphone-jabbing pedestrians dawdling along the bike path…)

In a classic study often dubbed the “Invisible Gorilla” test, researchers showed participants a film clip of several people passing a basketball back and forth and asked them to count the number of passes between players in white and to ignore the players in black. During the film, someone in a gorilla costume wandered in among the players. In full view, this hairy interloper looked into the camera, beat its chest and drifted off again. Amazingly, most participants in this study reported that they did not see anything unusual or surprising during the clip. Highly open people, on the other hand, are less susceptible to in-attentional blindness: they tend to see the things that others block out.

Researchers at the University of Melbourne in Australia have explored these ideas further. In one recent study, they examined links between openness and a perpetual phenomenon called binocular rivalry. This occurs when one image is presented to our left eye while a different image is presented to the right eye. Because the brain cannot extract a coherent picture from these incompatible percepts, the two images seem to flip back and forth in our mind’s eye, each image rivaling the other for dominance. But sometimes both images do break through into conscious perception as a scrambled mash-up. In the study, researchers found that open people perceived this “mixed percept” for longer periods. It is as though the gates of perception are agape, allowing more visual information to flow into consciousness for open people.

Researchers have also examined how these findings extend to a very different kind of experience called mixed emotions – the simultaneous experience of contrasting feeling states (bitter-sweetness, nervous excitement, and so on). Might open people also be susceptible to such experiences, to have seemingly incompatible feelings break through into conscious experience, analogous to the two percepts in binocular rivalry? Indeed, we found that such individuals do report experiencing mixed emotions more frequently in their lives. This may be another example of the “permeability of consciousness”, in this case giving rise to complex emotional experiences.

What is happening in the brains of open people to produce these distinctive experiences? Here our knowledge is far murkier and less certain, the neuroscience of personality being a fraught and fledgling field. Some evidence implicates dopamine, a neurochemical that – among many other functions – signals the incentive value of information. This process might explain why open people seem to have more sensitive radars for detecting and processing all kinds of concepts, percepts and qualia. Another clue is an association between openness and activity in the “default network”, a neural system that simulates various experiences such as mind wandering, mental time travel and imagining others’ point of view. More research is needed to determine whether these neural processes underpin the flexible and inclusive cognition that characterizes open people.

As personality psychologists delve deeper into openness to experience, we push back the boundaries of knowledge of this fascinating trait. Is it an advantage to be higher on openness, or are there downsides? Can we change our level of openness and, if so, how? Is openness a uniquely human trait? How did it evolve? As the answers to these questions unfold, we better understand what it means to be open-minded and how it shapes our experience of the world.

Merck accused of fast tracking Gardasil for financial gain; judge orders the drug company to prove the effectiveness of this vaccine