Merck accused of fast tracking Gardasil for financial gain; judge orders the drug company to prove the effectiveness of this vaccine 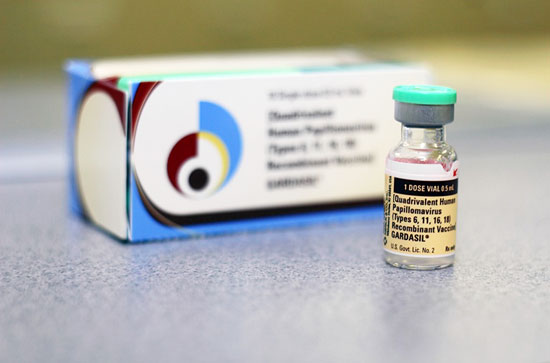 The pharmaceutical giant Merck could be in serious trouble. A judge has ordered the drug company to prove the effectiveness of their dangerous HPV vaccine, Gardasil. Too many families have wept in the shadows of their daughters’ graves, unable to take on this institution of death, as powerful as they are.

Merck on trial in California

The 2016 case, which was filed in the Superior Court of the State of California, is moving ahead. The case concerns a 16-year-old girl who was diagnosed with postural orthostatic tachycardia syndrome (POTS), a debilitating condition that took over her body shortly after a third dose of Gardasil.

This nervous system disorder is characterized by an abnormally high heart rate that occurs after the person stands up, and which remains elevated for about 10 minutes. The only relief comes when the person lies down.

The teen in question was healthy before the vaccination, and was active on the high school basketball team. After doctors evaluated her condition, the family decided to file a case against the manufacturer of the vaccine, Merck. As noted by GreenMedinfo, the family has accused Merck of fraud and deceit, negligent misrepresentation, use of a defective product (inadequate warnings), medical malpractice and medical battery.

The attorney’s statement blames Merck for engaging in “highly extensive, and aggressive marketing practices, which were designed primarily, if not solely, to increase the sales and profits from Gardasil”. The statement also proclaims that Merck “deceitfully withheld, failed to provide and concealed from consumers” material facts and information regarding the effectiveness, safety and need for the vaccine, while failing to disclose the risk of serious adverse reactions.

In order for someone to make an informed decision on whether or not to vaccinate, they must be provided with adequate and up-to-date information on the vaccine product. As the family pointed out in their statement, Merck should have included information vital to the decision-making process.
This information includes the fact that Gardasil is not effective once an individual is infected with HPV, and is only effective for certain HPV strains.

In their aggressive marketing efforts, Merck fails to inform consumers that there are existing methods for avoiding HPV viral infections and that there are successful treatments for treating precancerous lesions, if they do occur. Merck also fails to mention the risk of adverse events, which are needlessly traumatizing young girls.

The judge who presided over the case showed great insight and suggested that the court agree to a Science Day Hearing, where both sides could present the facts. This was the first time a vaccine manufacturer was called upon to take the stand and present up-to-date studies proving the effectiveness of their vaccine. This was also the first time that a victim of a vaccine was allowed to be heard in court. (Vaccine manufacturers are immune from legal accountability.)

The family of the vaccine damaged daughter presented a compelling case, informing the court of the true facts about HPV – that there are approximately 130 strains of the HPV virus and only between 15 and 18 are associated with cervical cancer. Gardasil does not prevent cancer and does not treat HPV. The vaccine merely inflames the immune system with an aluminum adjuvant to force it to respond to four HPV strains 6, 11, 16 and 18.

Merck’s presentation revolved around attacking the victim and criticizing the length of time it took for doctors to diagnose her condition. The pharma giant also attacked SaneVax Inc. which is actually an organization dedicated to providing the public with scientific facts and evidence behind vaccination safety. Instead of presenting evidence on Gardasil safety and efficacy in Phase 1, 2, 3 and 4, pre-licensing vaccination trials, Merck promoted post-marketing evidence from the CDC and FDA (which they financially influence, anyway).

The gates of the mind: Openness to experience