The Grand Strategy of the Reptilians 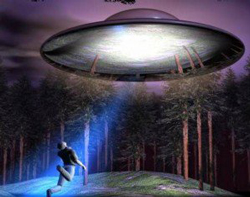 This paper is meant to acquaint the reader with the tools they will need to raise their level of awareness about the abduction phenomenon and allow them to avoid the misfortunes which are common to many abductees.

My name is James Bartley and I am an abductee. I am a student of military history and have studied the occult connection with the UFO phenomenon.

We humans reside in what is essentially a reptilian sphere of influence. The symbology of the reptilian overlordship is all around us. Phallic worship and the marginalization of the feminine principle have reduced the human race to what it is today, a thundering herd of bewildered sheep.

The Grand Strategy of the reptilians has been to divide and conquer the human race by exploiting inherent vulnerabilities and weaknesses within us. I know this is a bitter pill to have to swallow but we must be mature enough to look the facts in the eye and not allow ourselves to be held in perpetual spiritual bondage by our own ignorance and wishful thinking. The strategy of divide and conquer manifest itself both in our personal lives and on a global macrocosmic scale.

We have been subjected to a long-term process of genetic and soul matrix manipulation. The human life span has been artificially shortened to facilitate the recycling of our souls for purposes known only to the reptilians who see the human race as a resource. The dark gods of this world are well aware of the geological calendar of this planet and have prepared themselves accordingly.

What we are involved in is nothing less than all out spiritual warfare on a cosmic and multidimensional scale. What is at stake are our very souls. We can either choose to break out of this state of spiritual bondage and spiritual enslavement or we can be recycled once again and our descendants will have to start all over from scratch with little or no understanding of what has gone on before. The Dark Ages revisited. 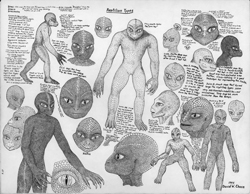 As Spiritual Warriors we must be mature enough to realize that the reptilians and their followers know our weaknesses and vulnerabilities better than we do. Many abductees, no matter how metaphysically oriented they are, have to endure sheer misery in their lives. Abductees typically experience one emotional or psychological trauma after another never realizing for a moment that much of the negativity in their life has been externally imposed.

Trigger mechanisms are programmed into abductees to detract them from coming into their own truth vis a vis the reptilians and the other dark gods of this world. Likewise certain individuals are sent into our lives specifically to sow confusion and discord. Now more than ever we must be wary of who or what we allow into our experience.

There is a fundamental occult basis for much of the abduction phenomena. There are aspects of this phenomenon that are indistinguishable from demonic infestation and demonic possession, sorcery and witchcraft, as frightening and unpopular as that may be.

The ongoing interaction between humans within the Deep Black World of the Intelligence/ Security apparatus and the Aerospace community with non-human intelligences has an occult basis which was thousands if not millions of years in the making. There is nothing new about humans interacting with and working for non-humans.

Under the Influence: Reptilian Hosts 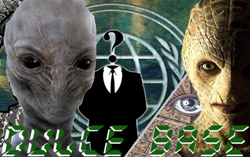 Most abductees are not even aware that possession does occur and that a significant number of individuals heavily involved in UFO research are literally hosts (alien entities attached/ indwelling) for reptilian and other malevolent entities. These hosts have lectured publicly, written books and spoken on the Art Bell show. So why is the average abductee ignorant of this fifth column within our very midst? Because most abductees are still looking for the truth outside of themselves rather than from within. As stated above: we are the products of a long term genetic and soul matrix manipulation designed to keep us individually and collectively in a subservient status vis a vis the reptilians and the dark gods of this world.

Now more than ever we must recognize that there are trigger mechanisms programmed into us which are meant to keep us in perpetual bondage. Whether your particular vulnerability is over-eating, substance abuse, promiscuity, love obsessions et al., it’s all spawned from the same source. This is all predictable.

What is also predictable is that there will be “people” in your life who will characterize you as being “fear based” and “spiritually unevolved” merely because you have the self-worth and the self-respect to want to get at the truth of your experiences.

The latter are merely useful morons. They are members of the “Muppet Show” meant to keep you under the control of the dark side. Now is the time to proclaim our personal sovereignty and throw off the yoke of spiritual enslavement and cosmic vassalage and give our children and our children’s children a fighting chance to break out of this mess.