Many of the European and international elite politicians, judges, and celebrities are pedophiles who used to buy children from a “child supermarket” disguised as an orphanage in Portugal, called Casa Pia (House of the Pious).

Portuguese Judiciary Police officials estimate that more than 100 boys and girls of the 4,600 pupils enrolled in Casa Pia at the time, including some deaf and mute, may have been sexually abused throughout several decades. Some say that the real number actually approaches 600.

On 3 September 2010, Carlos Cruz (known as Portugal’s “Mr. Television”), Carlos Silvino (the orphanage caretaker who “delivered” the children to the pedophiles, Hugo Marçal (the pedophiles’ lawyer), Manuel Abrantes (former vice-director of Casa Pis), Ferreira Diniz (high society doctor, also responsible for the health of the children in Casa Pia) and Jorge Ritto were convicted and sentenced to up to eighteen years in prison due to crimes occurring in the late 1990s and early 2000s.

Portuguese Judiciary Police first accused the caretaker of the Casa Pia state-run children’s home in 1981 of raping dozens of children over a period of 30 years, even though some reports of abuse pre-date the 1974 Carnation Revolution. Police accused the perpetrators of supplying children to men from Portugal and other countries, including to some prominent public figures. However, these early allegations did not result in any legal action.

The scandal of the sexual abuse at the Casa Pia orphanages resurfaced in 2002, when several children came forward with accusations of abuse. The accusations linked some politicians, diplomats, and media celebrities—all of whom were alleged to have conspired in a pedophilia ring that had operated for decades.

The Casa Pia orphanage was controlled by a Ferrari-driving doctor who visited the children to decide which ones will be sold to high-ranking members of Portuguese and international society.

According to a Daily Mail report, when the children at Portugal’s most famous orphanage heard the sports car roaring down the driveway, fear swept through the dormitories.
The noise could mean only one thing: the man known as The Doctor was coming to call.

Yet this medical practitioner had no intention of adhering to the ancient Hippocratic Oath.
Instead, arriving at the 17th century Lisbon orphanage where more than 4,000 children are cared for each year behind high stone walls, the doctor would summon selected boys and girls from their beds for examinations one night each week.

Where possible, he chose deaf-mutes.
After checking that the children were not suffering from any sexual infections, the doctor was joined by the orphanage caretaker, known as Bibi, who ushered the unfortunate children outside to a waiting van.

With the doctor following in his red Ferrari, Bibi drove the van to the prestigious homes of some of the leading members of Lisbon society – ranging from Portuguese government ministers and high-ranking diplomats, to famous television stars and members of the judiciary.

There, the children were repeatedly sexually abused. Some were allegedly drugged to make them compliant; others were plied with alcohol.
This continued for decades. Assaults were filmed; pictures of one attack were subsequently found at the home of a suspected pedophile in Paris.

According to medical records, the victims’ injuries were horrific – and consistent with serious sexual assault and rape. In witness statements, many were able to describe in minute detail the homes where they were taken and identifying marks on the bodies of their abusers.

The existence of this so-called “magic circle” of the Portuguese establishment, allegedly involved in an international pedophile ring using boys and girls from Casa Pia, was likened to an earthquake scandal that shook Portugal to its foundations.

Amid rumors of links to other pedophile gangs across Europe and the U.S., international experts on child sex crimes and murders were in court when the case re-opened in 2002, after a group of victims broke a silence lasting more than 30 years.

It proves what international crime agencies have long suspected: that Portugal has become a magnet for predatory pedophiles from around the world, using the country’s lax laws and preying on the high numbers of poor, abandoned children. 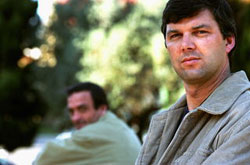 Pedro Namora, a former Casa Pia orphan who witnessed 11 rapes on fellow orphans, during which they were tied to their beds, believes elements in the force have conspired to suppress scandals, fearing damage to the country’s reputation.

“Portugal is a pedophiles’ paradise” said Mr. Namora, now a lawyer, who campaigned on behalf of the Casa Pia victims. In the beginning of the trial, he stated: “The network is enormous and extremely powerful. There are magistrates, ambassadors, police, politicians – all have procured children from Casa Pia. It is extremely difficult to break this down. These people cover for each other because if one is arrested, they all are arrested. They don’t want anyone to know.”

Mr. Namora watched as friends sank into alcoholism, drug addiction and death after their traumatic childhood experiences at Casa Pia. “I was the only one who made it,” he said. “What could I do? I couldn’t keep silent.”

He has received death threats and warnings about what will happen to his own children, after taking up the case when an orphan called “Joel” approached him, saying prominent pedophiles were using Casa Pia as a “supermarket for children”.

After being telephoned by a stranger offering to pay off his mortgage, he was told the exact movements of his own three children and warned that they and their father would come to a grisly end unless he shut up.

An open, warm man, Mr. Namora makes an unlikely conspiracy theorist, but he believes the case, which he brought to light, will underscore Portugal’s growing attraction for pedophiles, which has seen many children disappear in recent years.

One reason for this attraction is that the law was quietly relaxed ahead of the trial, meaning that repeat offenses against the same child would merit only a single charge – and a lesser sentence.

The initial investigation was badly handled when allegations of abuse were first made at Casa Pia in 1981. Carlos Silvino, the man known as Bibi, was linked to rapes and assaults, but police “lost” pictures showing prominent Lisbon politicians with him and the children.

He was only charged after dozens of children came forward in 2002. They also accused Jorge Ritto, a former Portuguese ambassador, of child abuse.
Ritto, it transpired, had also once been sent home in disgrace from a posting in Germany after an incident involving a young boy in a park.

The conspiracy did not end there. Teresa Costa Macedo, former Secretary of State for Families, has revealed that she knew about the attacks in the early Eighties and that she had alerted General Antonio Ramalho Eanes, the then Portuguese president, about the allegations. 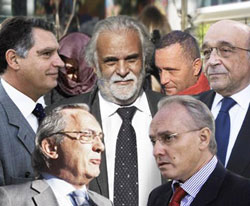 Mrs. Costa Macedo, who remained silent for two decades after being warned she would be killed if she spoke, said that the caretaker “was just one element in a huge pedophile network that involved important people in our country. It wasn’t just him [the caretaker]. He was a procurer of children for well-known people who range from diplomats and politicians to people linked to the media”.

While still in the government, Costa Macedo handed police “photographs, an account of the methods used to spirit children out of the orphanage and testimonies of a number of children”.

Many of the photographs were found at ex-ambassador Jorge Ritto’s house. Police reportedly found four children locked up who had been missing from Casa Pia.
Under armed guard at a safe house during the trial, Bibi could count himself a lucky man. He originally faced allegations that he had sexually assaulted more than 600 children. After his testimonies about some of the people involved, that has been reduced to 30.
Silvino has hinted at the high-level of the conspiracy, saying: “They can’t touch me – there are too many people involved.”

Amid allegations that pedophile networks have become endemic in Portugal – the European police force Interpol has named the country as one of the worst offenders in Europe – Casa Pia scandal eclipsed Belgium’s notorious Marc Dutroux case, in which the arrest of a notorious pedophile and child murderer revealed a sordid picture of judicial and political corruption.

The culture in which such a serious child abuse network was allowed to operate is the same culture that pervaded the whole of Portugal.
Was it this attitude that led to the bungled initial investigation in the Madeleine McCann case?