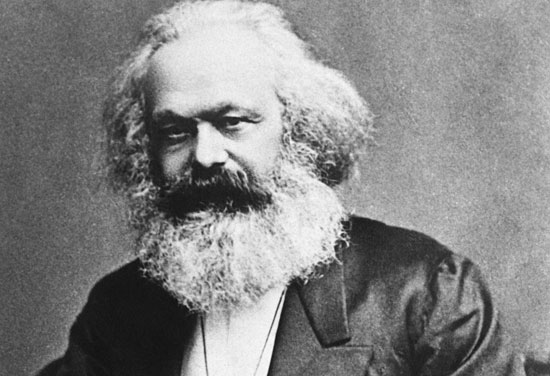 During the Revolution of 1848, Karl Marx wrote that “the Jew, who in Vienna, for example, is only tolerated, determines the fate of the whole Empire by his financial power. The Jew, who may have no rights in the smallest German states, decides the fate of Europe”.

It could be construed from the way this author writes that he has a problem with any and all Jews. It should be noted however that the real source of the problem the world faces today are in fact the Khazarian Zionists, the Luciferians who hide within Jewry using Judaism as cover, that are the problem.

“This is not an isolated fact. The Jew has emancipated himself in a Jewish manner, not only because he has acquired financial power, but also because… money has become a world power and the practical Jewish spirit has become the practical spirit of the Christian nations.” Marx had the Rothschilds in mind when he wrote this.
He went on to say that the only solution to the problem is for society to abolish “the empirical essence of Judaism” and only then will “the Jew… become impossible” in fomenting subversive activity.

Heinrich Heine likewise said: “No one does more to further the revolution than the Rothschilds themselves… and, though it may sound even more strange, these Rothschilds, the bankers of kings, these princely purse-string holders, nevertheless carry in their minds a consciousness of their revolutionary mission.”

According to Heine: “The Rothschild ‘system’ is also potentially revolutionary in itself” because since it “possesses the moral force or power which religion has lost, it can act as a surrogate for religion – indeed, it is a new religion, and when the old religion [Christianity] finally goes under it will provide substitutes for its practical blessings strangely enough, it is once again the Jews who invented this new religion.”

Heine saw James Rothschild as “a powerful destroyer of patrician privilege, and the founder of a new democracy”.
British philo-Semitic historian Niall Ferguson noted that “not only had the Rothschilds replaced the old aristocracy; they also represented a new materialist religion. ‘Money is the god of our time’, declared Heine in March 1841, ‘and Rothschild is his prophet’.”

Heine saw this as dangerous. Marx saw it too. The “new materialist religion” was Mammon, which came in the form of capitalism.
But if we peel the historical onion, we see the same pattern in the early centuries. In fact, Mammon was a major issue in Poland during the 1660s. During that time, scholarship for the Jews was primarily drawn from two main currents: the Talmud and rabbinical literature.

Jewish historiographer Heinrich Graetz tells us: “The study of the Talmud in Poland, established by Shachna, Solomon Lurya, and Moses Isserles, reached a pitch attained at no previous time, nor in any other country. The demand for copies of the Talmud was so great that in less than twenty years three editions had to be printed, no doubt in thousands of copies…

The cultivation of a single faculty, that of hairsplitting judgment, at the cost of the rest, narrowed the imagination, hence not a single literary product appeared in Poland deserving the name of poetry. All the productions of the Polish school bore the Talmudic stamps, as the school regarded everything from the Talmudical point of view.

The disciples of this school looked down almost with contempt on Scripture and its simple grandeur, or rather it did not exist for them… They knew something of the Bible from the extracts read in the synagogues, and those occasionally quoted in the Talmud…

A love of twisting, distorting, ingenious quibbling, and a foregone antipathy to what did not lie within their field of vision, constituted the character of the Polish Jews. Pride in their knowledge of the Talmud and a spirit of dogmatism attached even to the best rabbis, and undermined their moral sense…

Integrity and right-mindedness they had lost as completely as simplicity and the sense of truth. The vulgar acquired the quibbling method of the schools, and employed it to outwit the less cunning.

They found pleasure and a sort of triumphant delight in deception and cheating against members of their own race; cunning could not well be employed, because they were sharp-witted; but the non-Jewish world with which they came into contact experienced to its disadvantage the superiority of the Talmudical spirit of the Polish Jews.”

This energized an anti-Jewish spirit among the Poles, for they knew that they were being cheated. This quickly led to violence among the Gentiles, who in 1638 “slew 200 Jews, and destroyed several synagogues”.
Ten years later, Jews clung to the book of Zohar for Messianic revolution, and this again caused “bloody retribution” during which both innocent and guilty Jews were slain. Because of this, both Jews and Gentiles died by the thousands in the same year.

Within the next three years, anti-Jewish resistance led again to a bloody war that took the lives of thousands of Jews, and caused many others to move to places like the Netherlands, Bohemia, Austria, Italy, and Hungary.
Wherever they went, however, they took the study of the Talmud with them, bearing the same attitudes towards Gentiles. “Far from giving up their own method in a foreign country, they demanded that all the world should be regulated by them, and they gained their point.”

Yet despite all of that, historian Israel Abrahams declares that for Jews in the Middle Ages “to cheat a non-Jew was a double crime: it was an act of robbery, and it involved a profanation of God’s holiness. The prices that they charged their co-religionists were higher than the prices they charged Gentiles.

That it was a greater offense against Judaism to cheat a Christian than to cheat a Jew is the constant burden of the Jewish moral books of the middle ages. I cannot remember a moral book of those times from which this doctrine is absent.”

Nothing could be further from the truth. Since Abrahams cannot support this historically or Talmudically, it is almost certainly for ideological purposes that he presented these views.
If he actually believed the statement above, then Abrahams loses whatever credibility he had as a reputable historian – though he quotes the Talmud extensively, he avoids passages which specifically deal with the Goyim. History contains too many instances of usury for us to be able to believe the assertions of one man.

Jewish historian Max I. Dimont likewise declared: “The Talmud forbids usury in today’s sense of the word – that is, the taking of excessive interest rate – and it compares usurers to murderers. The Talmud was as sensible two thousand years ago as ethical Christian bankers are today.”

Yet Jewish authorities such as Rabbi Akiva tell us the opposite: “It was a positive commandment to burden the Gentile with interest ‘because one should not benefit an idolator… and cause him as much damage as possible without deviating from righteousness’; others took this line.” 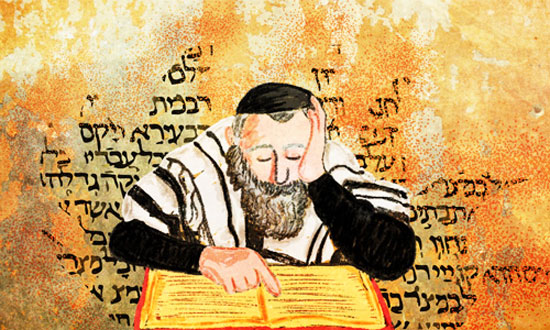 Why did Dimont and others fail to tell us where the Talmud teaches these virtues? In the spirit of almost a thousand years of history, Dimont declared: “In actuality, in medieval days, it was not the rabbis who set the rates of lending money to Christians, but the Pope himself, or else the emperor or prince…

The Church used the money of the Jews to build new cathedrals, to commission new murals, to finance new monasteries.”

This falsification of history cannot be allowed to go unchallenged. It is even more incredible that Dimont provides no sources to back up his assertions. Yet this thesis has become the bedrock upon which many Jewish writers have built their careers.

In the seventeenth century, capitalism fell in the hands of the Jews. French historian Fernand Braudel called this “the ‘age’ of great Jewish merchants” during which they were involved in “lucrative areas of commerce” such as piracy “in which these Jewish merchants specialized. Questions of morality did not apply – Jewish merchants were the brains behind the brawn – financing, advising, and sometimes leading the Caribbean’s emerging fighting force: a ragtag crew of misfits of every nation that coalesced as the dreaded pirates of the Spanish Main”.
Eventually in the 1660s “the pirate capital acquired a reputation as the world’s ‘wickedest city’.”

By the time that the Rothschilds came on the political scene, much of Europe found itself under the guiding principle of the Khazarian Bankster Cult.
Carroll Quigley claimed that the Rothschilds, among other bankers, were secretly misleading governments and people; he says that Mirabaud and the Rothschilds became the dominant financial system between 1871 and 1900. British economist J. A. Hobson declared in 1902 that nothing could be pursued “by any European state… if the house of Rothschild… set their face against it.”

The Rothschilds ended up making a fortune during the Napoleonic Wars. Austrian-born Jewish writer Frederic Morton (born Fritz Mandelbaum) declared that the Rothschilds “conquered the world more thoroughly, more cunningly, and much more lastingly than all the Caesars before or all the Hitlers after them.”
Morton’s assertion is corroborated by biographer Derek Wilson, who declared that the Rothschilds were so financially and politically powerful that even royal governments and political leaders were afraid of them.

Their influence was so covert that Wilson moves on to say that: “Clandestinity was and remained a feature of Rothschild political activity… Yet all the while they were helping to shape the major events of the day: by granting or withholding funds; by providing statesmen with an unofficial diplomatic service; by influencing appointments to high office; and by an almost daily intercourse with the great decision makers.”

Wilson later argued that their clandestine ways were justifiable since they feared that they would be misrepresented by the press; whether Wilson is right is hard to justify.
But the Rothschilds made an enormous profit from the Napoleonic wars; after the dust settled, the Rothschilds “emerged from the war as millionaires and celebrities”. One of the Rothschilds, Nathan, “was widely believed to have made extortionate profit from official contracts”.

Take some time off and try to wrestle with the answers to those questions. The answers themselves may surprise you.

Read the second part of this article.