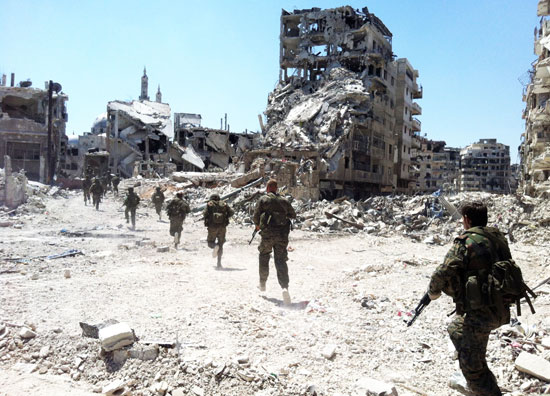 “The initial message about the Syrian issue was that we always wanted [President] Bashar Assad to go, we always preferred the bad guys [ISIS and other terrorist groups] who weren’t backed by Iran to the bad guys who were backed by Iran.” – Israeli ambassador Michael Oren

False and rigged economy: The economy is no longer based on education, hard work, and free market principles – the pricing and accountability that real free markets impose. Instead, the economy is based on the manipulation of prices, speculative control of commodities, support of the dollar by Washington’s puppet states, manipulated and falsified official statistics, propaganda from the financial media, and inactivity by countries, such as Russia and China, who are directly harmed, both economically and politically, by the US-dollar payments system.

The hidden powers that be dictate policies and events on behalf of the House of Rothschild that control the global financial system; they have accumulated their power and wealth by theft and exploitation. Their whole system is based on a gigantic fraud because there is no money, as people perceive it.

The money you’ve earned is backed by nothing. The value is only the value that people can be persuaded it has. They are worthless pieces of paper and metal coins, or numbers on a computer screen that people are tricked into taking seriously. Money is brought into circulation through what is called credit from money, which is the belief that is upheld. Banks are not lending anything, but people are paying fortunes to borrow.

The Rothschilds have controlled banking and governments for centuries, and they have been able to dictate laws for the financial system and introduce “fractional reserve lending”. This allows the banks to lend ten times what they have on deposit. In other words, they lend money they don’t have and that doesn’t exist – called credit – while charging interest on it. So the banking system is a fantastic business, they lend money they don’t have and charge the borrower interest on it. Invented by Mayer Amschel Rothschild.

Mr. Rothschild loaned promissory notes – which are worthless – to governments and individuals. When the economy became buoyant, then he made money scarce, by tightening the control of the system, and collecting the collateral through the obligation of contracts. On their decision this cycle was repeated – by applying pressure to ignite a war, as recently in Syria and the Ukraine. Then they control the availability of currency to determine which side will win the war. The governments, which agree to give them control of their economic system, are supported. Collection is guaranteed by economic aid to the enemy of the debtor.

The profits derived from this economic methodology have made the Rothschilds all the wealthier. They discovered that public greed would allow currency to be printed by government order beyond the limit of the backing with precious metals – inflating the production of goods and services to grow GDP.

Interest on Fake Money is Confiscating Your Freedom

There is another vital aspect to be understood about interest on money; when a loan is taken out, the bank creates the money but not the interest with which all loans must be paid back. The created money therefore excludes the amount owed in interest. This means there is never enough money in circulation to pay back all the outstanding loans plus interest.

This is a fatal flaw with regard to human freedom and it has been done purposely to ensure that bankruptcy and loss of property and possessions in favor of the banks is built into the system. It is all part of the Rothschilds energy-construct that flows the wealth and energy of the people in their direction. A fantastic amount of taxpayers’ money goes straight to private banks to pay back interest on the money that the government could create itself, interest free.

Privatization is the selling of state assets in response to bank-created debt. The world’s poorest countries are handing over control of their land and resources to the Rothschild banks when they are unable to pay back loans made specifically to ensnare them into this situation. Third World debt was created to replace physical occupation of resource-rich or strategically situated countries with today’s financial occupation.

The Rothschilds’ modus operandi is always the same: create chaos, preferably in the form of war – this is most profitable for them. Their purpose is to create major headaches for governments and people. The next step is to “offer solutions” to end the chaos. Their solutions always entail gaining more control as part of the cost for the “rescue”. In short the standard method is: create the problem, wait for the reaction, and then offer the solution to be implemented as originally envisioned.

For the same reason 9/11 was created with the subsequent war on terror to get the Home Security Office founded, with the sole purpose of controlling the movement of people, and commencing wars in Afghanistan and Iraq.
In this same manner today’s global economic crisis is being created. Quoted from a secret document from the Council on Foreign Relations in 1950: “We shall have a World Government, whether people like it or not. The only question is whether the World Government will be achieved by conquest or consent.”

A summary of what the Zionist protocols say, which were later denounced as being false:
– They describe a secret conspiracy for Jewish world domination;
– They describe bringing the Gentile world under a single government, eliminating all rival nations, governments, religions, and economic systems;
– Actual domination of the world – through violence, preparation through subtle sabotage of existing systems (internet?);
– Stressed in the protocols is the importance and need for the masses to welcome their enslavement.
Effectuated by:
– Use of loans and moneylending to bankrupt and control states;
– Use of mass media to control the minds of the masses;
– Artificial creation of discord, war and economic depression;
– Establishment of governments.

The protocols refer to the carrying out of the directives of the conspiracy, as well as to an enormous cache of gold that is at their disposal. This Gold belongs to the people of the World. The protocols also refer to the Jesuits, with secret societies such as freemasons as a front for their covert operations.

What the public in general doesn’t understand is that the force covertly behind the manufactured problem is the same force offering the solutions, which just happens to advance the agenda of the centralization of power and control.

All Presidents except for Lincoln and Kennedy – both were killed in office – were ultimately under the control of this secret cabal. When their orders were disobeyed, a fatal accident occurred to make place for the desired change of power. The same people for example ultimately controlled Bush and Obama, as with all the presidents of the Central Banks, meaning it doesn’t matter who the Front-man is in the Whitehouse or Brussels.

The World Economy is Controlled by the Issuance of Fake Money 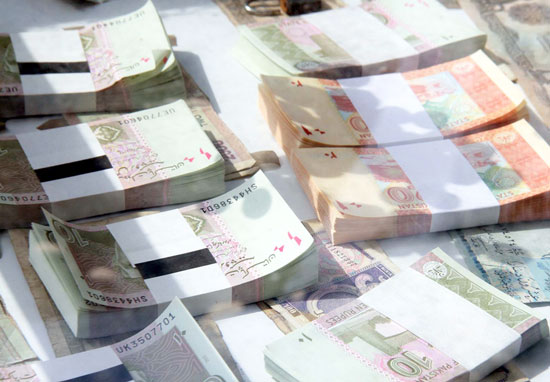 By controlling the issuance of money through credit, the Rothschilds control the entire world economy. They can expand it or crash it at will. The depression that began in 2008 is yet another Rothschild creation to further their agenda of centralized global finance and to introduce the long-planned world central bank.

They have been engineering booms and busts for centuries to advance their goals. Simple to do once you receive interest on money and control the creation of money. The difference between a boom and bust is the amount of money in circulation and its perceived value. They dictate both.

They decide how much money will be issued and circulated through their control of banks and governments. Stimulating a boom by making credit easy – more money in circulation, and this stimulates the population to become deeply indebted during economic good times. Then the economy is crashed, by finding an excuse to take money out of circulation, making credit harder to get.

Businesses and people cannot repay their loans because there is not enough money in circulation to generate economic activity, and the Rothschilds take the rewards, seizing all the collateral that was pledged when the loans were taken out. That reduces the number of businesses dramatically.

Their products and markets are taken over by Rothschild corporations to further centralize their global economic power. The same occurs with governments, when a depression decimates government revenues they seek still more loans to maintain spending, while the Rothschild control of government continues to expand.
In fact, at the very least, many governments including the US, UK, and EU have been in a state of bankruptcy to the cabal since the 1930s respectively since the EU’s inception.

The recent boom and bust followed by the crash of 2008 with the subsequent credit crunch was all the work of the Rothschilds and their henchmen like Greenspan, Bernanke, and now Yellen. The Rothschilds have engineered these cycles for hundreds of years, including the crash of 1929 and the great depression of the 1930s. Most economist have no idea what really is going on, they suggest that booms and busts are all part of economic cycles, which they are not. It is purely systematic manipulation to steal the real wealth from the people.

A study of Princeton and Northwestern universities proves the correctness of the above evidence that indeed the elite cabal runs this show.
“Oligarchy is a form of government in which power is vested in a dominant class and a small group exercises control over the general population. It concluded that the US government represents not the interests of the majority of citizens but those of the rich and powerful (the cabal). The resulting data empirically verifies that the economic elite determines US policies.

… Economic elites and organized groups representing business interests have substantial independent impacts on US government policy, while mass-based interest groups and average citizens have little or no independent influence” says the peer-reviewed study.