The Madness of War 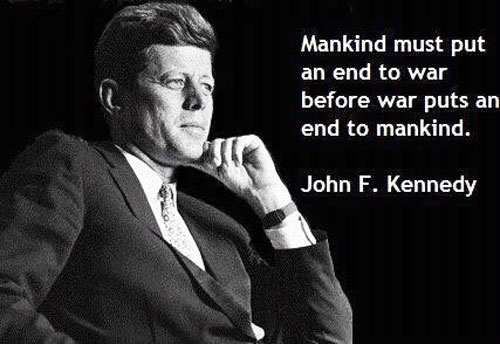 It is essential to constantly remind ourselves that war, apart from a very few exceptions, is a symptom of madness. Yet war is a disease which is largely taken for granted; considered normal and unless it involves a large swathe of humanity, ignored. How did we allow ourselves to be trapped by such insanity?

In 2017, wars are as prevalent as ever. They are being manifest in the Middle East, in Africa, in South America, and in a lesser form, in almost all countries of the World. They are the result of a failure to recognize that killing another is actually killing one’s self. A failure to grasp that humanity is a collective made up of millions of individuals, all of whom share a common ancestry and, on a subconscious plain, a common aspiration and destiny.

There is no victory in war. War is an admission of defeat. When humans resort to mass killing of each other we see an expression of failure, never success. Not so long ago war was glorified and, for the victor, held up as an expression of supreme national pride. In fact, such an attitude was predominant in the species for thousands of years.

However, two World Wars put an end to the hubris. The levels of destruction were so great and so many millions died brutal and ugly deaths, that a kind of ‘war weariness’ set-in amongst the survivors, and a new sense of the futility of it all became integrated into societies which had undergone the experience. The world looked like it might have learned its lesson; people had pounded each other, and the natural environment, into a sickening pulp, and there was no glorious aftermath. Just a sense of what ‘peace’ could actually mean.

There were – and are – still some who find war ‘exciting’, whose own lives are too dull and routine to find any thrill in the act of daily living. They look-on at wars in foreign territories as extensions of their own angst and frustrations. Such individuals find temporary comfort in watching others die.

This condition is more prevalent than many might realize; it is symptomatic of a world crushed by meaningless routine and managed by those lacking any manifest vision of something more deeply fulfilling to awaken starved imaginations.
Of course, a history of war will reveal that whole civilizations were born and dissolved via victory and defeat on the battlefield. It was believed that these blood baths were a price worth paying for the great accumulation of national wealth which followed them, if one was on the winning side. It is sobering to reflect that much of the fine architecture of old Europe is a result of plundered wealth.

War is made no less destructive by the fact that it can now be carried out by people sitting in air conditioned ‘cockpits’ in Houston. People trained to kill at a distance. People whose chance of being themselves attacked by those they target, being pretty much nil. This type of killing is one step away from the robotic soldier, the envisioned battle field of the future and a direct of extension of the war games kids (and adults) play on their electronic gismos.

But look, it’s still the same underlying disease. It’s still the fascination with the idea of somehow ‘coming out on top’ and having it over ‘an inferior’. It’s still reveling in destruction, on all plains of planetary life.

Children play war games. Decades ago, they were playing ‘Cowboys and Indians’ or ‘Thieves and Police’. They are indoctrinated into war thinking from a very early age. After World War Two, life in Britain was steeped in stories of heroism carried out by ‘our boys’ against the Nazis. Toy soldier armies ranged against each other across the sitting room floor as parents looked on with quiet acceptance at their kids playing war games. Children then ‘graduated’ on to cap guns and staged mock battles around the garden bushes and trees.

But nobody got killed in these war games and the ground wasn’t turned into a sea of craters and toxic mud by the childhood antics. Other matters eventually attracted the children’s curiosity and interest, and the guns and bows and arrows were dumped, unlikely to be seen again.

If mankind would only grow up, the same situation would repeat around the world. Adult individuals, blessed with a little responsibility and the slimmest glimmer of wisdom, would move on to areas of interest that expressed an eagerness to support the planet, and not destroy it. A wish to explore new horizons of consciousness, and not to regress into thoughtless thuggery. A desire to meet and enjoy the company of other races and nationalities, and not to put a gun to their heads.

How can this madness have gone on so long? How can war still be taken for granted in 2017?
Even those who argue vociferously for cutting back excessive CO2 emissions on the planet, don’t call for an end to war and war games that are responsible for a large part of these emissions. They fail to realize that here is to be found the single largest transmission of toxic CO2 when set against any other global activity. Here’s a brief summary of the US position in 2013, just to illustrate the point:
“According to its own study, in 2013 the Pentagon consumed fuel equivalent to 90,000,000 barrels of crude oil. This amounts to 80% of the total fuel usage by the federal government. If burned as jet fuel it produces about 38,700,000 metric tons of CO2. And the Pentagon’s figures do not include carbon produced by the thousands of bombs dropped in 2013, or the fires that burned after the jets and drones departed. ” – Counter Punch.

Most environmentalists and climate change campaigners also take war for granted, it seems. It has been etched into our bones by an endless indoctrination process. A process whose symptoms can also be found in the way we are urged to be aggressive and competitive in order to make progress within the demands of the status quo. How much of what is called education is about bringing out our creative potential instead of our aggressive potential? And how much is about cramming us with the means to succeed in the mostly cut throat world of business and indeed, almost all professions?

We see the symptoms of aggression in daily life, and fail to question it. Is it any wonder that we fail to question war?
War is the most favored tool of the controlling powers. It supplies the coffers of the military industrial complex with an endless demand for production of weapons. The state then gets the pay-off and looks for another war to keep the cycle of death going. It is also a valuable diversionary tool for distracting the general public, while unpopular and controversial issues are pushed through the system, with only a few noticing.

Of course a great prize for warmongers in general, is anticipation of the breaking out of mother of all wars. And indeed, the ever looming threat of genocide never seems far off at the hands of those who play with power the way children play with their toy guns and swords, but without any of the child’s creativity. Today, in the USA in particular, megalomania has become wedded with a sort of Russian Roulette approach to who might present the next useful target for a bombing run or drone attack. 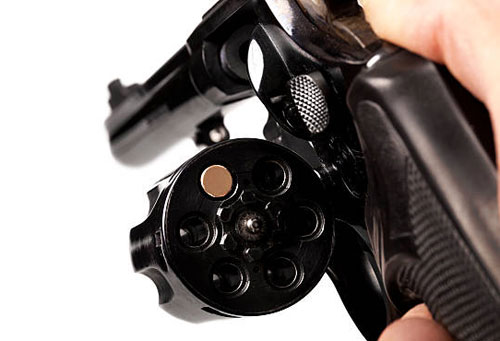 Witness how high the stakes get set in this fiendish game. Witness the Russian Federation and President Putin being ever further provoked by the West to take an aggressive step that could trigger a mega war scenario. The vicious taunting, without a shred of evidence to give it credence, is a mark of the madness which all too often grips those in power. Those who are determined to diminish all of life to a poisoned arrow of fabricated fear, which, if ever launched, would take all of humanity with it.

Let us be sure to keep a close eye on those whom we elect to administer our countries. The intoxication which comes with power is a very dangerous addiction, particularly when the play things at such people’s disposal are weapons of mass destruction. We need, more than ever, to be able to recognize the symptoms of megalomania and not confuse it with strong leadership. It is a major weakness in the delivery of what is called democracy, that so many people are still so easily fooled by those standing for election.

We are being pushed by ‘anti-life’ forces, some of whose origins are less than human, to see the planet and its people as expendable. To accept lies, deception and crude power-play as something akin to normal. To feel that it is not in our powers to bring deep change to a washed-out and degraded status quo. To believe that war is an acceptable way of shifting around the totems of power.

It’s time we not only wake up, but get out of bed too. The hour is late, and this should add a significant degree of urgency to our endeavors. Mankind is blessed with deep powers of positive potential and these powers are far greater than the force which drives the war mongering anti-life minority. We are close to a tipping point in the growth of conscious awareness amongst caring human beings.

The key will be to channel this awareness into taking measures to regain control of our destinies. To rid this world of those who hold its fate in their numb, insensitive hands. To act in unison and to defy all efforts to divide and conquer our growing sense of purpose and endeavor.
We can and we will put an end to the madness of war. We must not wait for war to put an end to us.