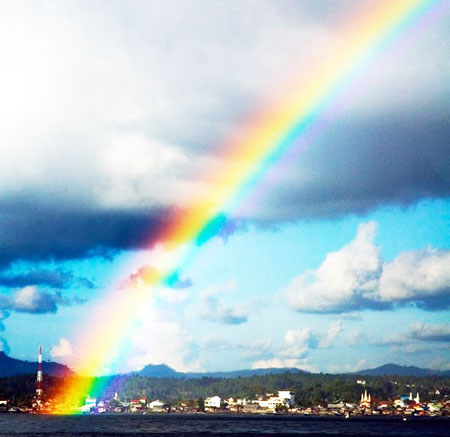 “Miracles are not contrary to nature, but only contrary to what we know about nature.” – Saint Augustine

Remarkable and incomprehensible phenomena have been observed throughout human history – phenomena which, without any logical explanation, can only be described as miracles. A majority of the human population believes in the concept of miracles, but rarely are these occurrences discussed openly in public forums. Yet this type of mysticism is embedded into various cultures throughout the world, in all stages of human history.

Buddhism is a great example, a faith that is abundant with scriptures of human beings with superpowers, the power of human consciousness, distant healing, etc. Even today, when it comes to the power of human consciousness and parapsychological manifestations like distant healing or telepathy, there is substantial evidence confirming that at least some of these phenomena are, without a doubt, real. Just because we cannot develop a sound scientific theory to explain these types of occurrences does not mean they do not exist.

In 1983, physician Rex Gardner published a study in the British Medical Journal after he studied a number of miraculous healing events. Below are a selected five.

In 1977, an eleven month old baby boy with signs of a lung disease, that is almost always fatal, was taken to a healing service by a Pentecostal pastor, as a last resort to save his life. Keep in mind that this approach was taken after the disease was treated for a good while without any success. A few days later, the boy was remarkably better, to the utter astonishment of the doctor treating him, and a few years later he was completely normal.

In 1975, a student physician was suddenly diagnosed with what is called Waterhouse-Friderichsen syndrome. It’s a fatal disease, a bacterial blood infection that leads to massive internal bleeding. In this particular hospital there was a zero percent success rate of healing anyone suffering from it.

In the same evening, four separate groups actively sent healing intention to the patient (the student physician) and then a drastic improvement in her condition occurred. When she had been admitted to the hospital, her chest X-rays showed extensive left-side pneumonia and a completely collapsed middle lobe of the lung. She also had developed intraocular bleeding, which left her one hundred percent blind in one eye. Only forty-eight hours later, the X-ray showed a perfectly clear chest, and she had regained full vision. This is impossible, according to modern day physicians.

Case number three is about a woman who took a hard fall on a cement floor. She was taken to a hospital and the X-ray showed a compound fracture of the pelvis. This is a serious injury, one that takes a very long time to heal and even longer to rehabilitate. This woman was taken home where she was then surrounded by others praying for her and laying their hands on her. She should have been bedridden, unable to move for weeks, but after only two days she had fully recovered.

In 1970, the captain of the Girl’s Brigade at Enon Baptist Church, Monkwearmouth, had a deterioration in a large varicose ulcer of the leg which had been troubling her for many years. Every morning her bandage was soaked with pus, and her doctor told her that her ulcer would probably not heal, and even if it did it would require skin grafting.

What happened here, again, was healing intention. She was visited by a number of people who laid hands on the area and prayed. Healing became “immediately complete”. By the next morning, virtually the whole ulcer had dried up and healed over with healthy skin. One week later it was completely healed.

In 1963, a man by the name of Robin Talbot of the Overseas Missionary Fellowship, along with his wife, was the first Christian ever to stay in the village of Still Water. It was in the Mong tribal area of North Thailand. While they were there, a woman by the name of Mrs. Ling, who was approximately 50 years old at the time, became very ill. According to the villagers and the missionaries, she passed away soon after. Twenty minutes after her death she sat up and told a tale of an “afterlife” experience. That being said, there is absolutely no hard proof that she had actually died.

In modern day scientific realms, this is considered to be a Near Death Experience (NDE), something that has been documented, verified, and confirmed by various neuroscientists (although unexplainable). You can watch a video of Dr. Bruce Greyson speaking at a conference that was held by the United Nations here. He is considered to be one of the “fathers” of near death studies. He is Professor Emeritus of Psychiatry and Neurobehavioral Science at the University of Virginia.

Again, these types of occurrences are well documented throughout human history, “miracles” have and do happen, despite the fact that we are not able to explain them. For example, an article published in the New England Journal of Medicine by Dr. Jacalyn Duffin outlines how her interest was sparked “in the vast archives of the Vatican. Step by step, she guides us through her analysis of more than 1400 miracles dating from 1588 to the present. Hampered by the wealth of records and the linguistic and palaeographic difficulties they represent, this study only scratches the surface, inviting further research.”

The Science Behind Such Phenomena 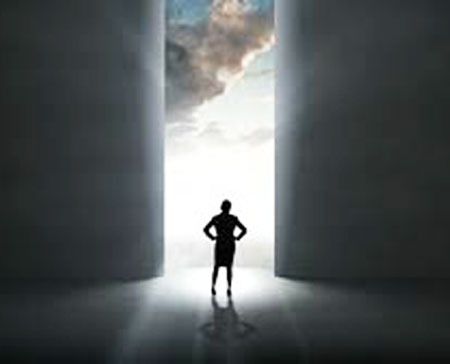 We continue to discover new instances of such events. For example, in 1993 Brendan O’Regan and Caryle Hirshberg of the Institute of Noetic Sciences (IONS) surveyed a vast amount of medical literature. That year they found over 1,200 cases documenting what is called “spontaneous remissions”. This means unexpected, sudden, and startling cases of complete healings.

“Of those cases, 1,051 referred to spontaneous remission of cancer and 334 to other diseases. These were all instances where patients were diagnosed with X-rays, biopsies, and so on. They either refused treatment, or no treatment was available, or they were treated by methods that were available but were known to be insufficient for a cure. And all the patients fully recovered.” Dean Radin, Ph.D, Chief Scientist at the Institute of Noetic Sciences.

Despite the fact that some of the scientific community won’t even touch this subject, it just goes to show that the power of healing intent cannot be dismissed. It certainly wouldn’t hurt to incorporate it into “traditional” medical practice. Healing intention has been proven scientifically to a measurable effect when it comes to healing various diseases.

For scientists to say that there has been no scientific analysis of these observed, confirmed, and documented phenomena is completely ignorant, given the fact that there is a wealth of scientific literature in the public domain.

The Madness of War