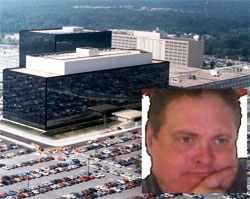 A contractor working for the National Security Agency (NSA) was arrested by the FBI following his alleged theft of “state secrets”. More specifically, the contractor, Harold Thomas Martin, is charged with stealing highly classified source codes developed to covertly hack the networks of foreign governments, according to several senior law enforcement and intelligence officials. The Justice Department has said that these stolen materials were “critical to national security”.

Martin was employed by Booz Allen Hamilton, the company responsible for most of the NSA’s most sensitive cyber-operations. Edward Snowden, the most well-known NSA whistleblower, also worked for Booz Allen Hamilton until he fled to Hong Kong in 2013 where he revealed a trove of documents exposing the massive scope of the NSA dragnet surveillance. That surveillance system was shown to have targeted untold numbers of innocent Americans.

According to the New York Times, the theft “raises the embarrassing prospect” that an NSA insider managed to steal highly damaging secret information from the NSA for the second time in three years, not to mention the “Shadow Broker” hack in August 2016, which made classified NSA hacking tools available to the public.

According to a Department of Justice press release, Martin’s residence in Maryland was raided by the FBI on August 27th, 2016. During the raid, investigators found hard-copy documents and digital information stored on various devices and removable digital media. The FBI claims that a large percentage of the materials uncovered at Martin’s home were marked as US government property and contained highly classified information including Top Secret and Sensitive Compartmented Information (SCI). Investigators also have claimed to have located government property with a combined value of over $1,000, which Martin allegedly stole. If convicted, he faces up to 11 years in prison for the theft of government property and the removal of classified material. 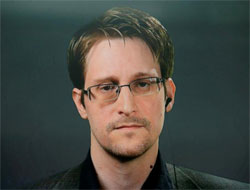 Snowden himself took to Twitter to comment on the arrest. In a tweet, he said the news of Martin’s arrest “is huge” and asked, “Did the FBI secretly arrest the person behind the reports [that the] NSA sat on huge flaws in US products?” It is currently unknown if Martin was connected to those reports as well.

It also remains to be seen what Martin’s motivations were in removing classified data from the NSA. Though many suspect that he planned to follow in Snowden’s footsteps, the government will more likely argue that he had planned to commit espionage by selling state secrets to “adversaries”.

According to the New York Times article on the arrest, Russia, China, Iran and North Korea are named as examples of the “adversaries” who would have been targeted by the NSA codes that Martin is accused of stealing. However, Snowden revealed widespread US spying on foreign governments including several US allies such as France and Germany. This suggests that the stolen “source codes” were likely utilized on a much broader scale.