The plastic pollution problem is wide and deep

Study finds sea animals from the deepest parts of the ocean, 7 miles down, have plastic in their stomachs 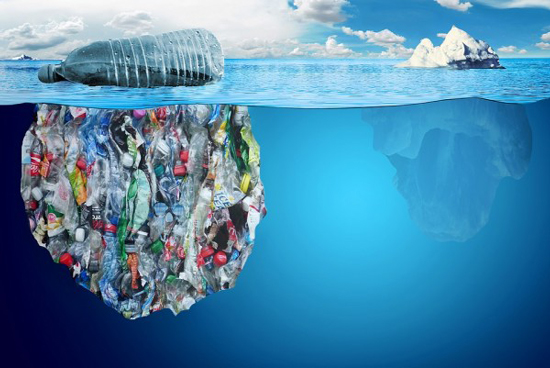 Plastic pollution has drastically affected marine life that even animals living in the deepest parts of the sea have been found to contain trace amounts of plastic fibers in their bodies, a disturbing new study reveals. A team of researchers at the Newcastle University in the U.K. collected various crustacean specimens from the deepest trenches in the Pacific Ocean in order to assess the effects of pollution on sea organisms.

The research team obtained up to 90 samples of crustaceans from the Mariana, Japan, New Hebrides, and Kermadec trenches. According to experts, the Challenger Deep in the Mariana Trench reaches nearly seven miles below sea level. The scientists identified a plethora of toxic plastic fibers in the animals’ stomach, which include rayon, nylon, and unidentified polyvinyls similar to polyvinyl alcohol (PVA) or polyvinylchloride (PVC). The research team added that the proportion of animals that consumed the plastic fibers ranged between 50 percent in the New Hebrides Trench to 100 percent of sea creatures at the bottom of the Mariana Trench.

“This type of work requires a great deal of contamination control but there were instances where the fibres could actually be seen in the stomach contents as they were being removed. This study has shown that manmade microfibres are culminating and accumulating in an ecosystem inhabited by species we poorly understand. These observations are the deepest possible record of microplastic occurrence and ingestion, indicating it is highly likely there are no marine ecosystems left that are not impacted by anthropogenic debris”, lead researcher Dr. Alan Jamieson told Daily Mail online.

Marine experts at the California State University, Channel Islands, have previously warned of the negative effects of microplastic pollution on sea animals. According to the experts, microplastic pollution poses a serious global threat largely due to its microscopic size. The scientists stress that microplastics measure less than five millimeters, which can be readily ingested by marine animals that mistake the plastic fibers for food.

“Trash in the ocean, including significant amounts of microplastics, is a pervasive and significant problem in the waters off California as well as around the world. Microplastics are particularly concerning because of their ubiquitous distribution and disastrous impacts on marine life. Microplastics act like a sponge, soaking up additional pollutants from the surrounding waters, only to leach them back out again, oftentimes into animals that have ingested the plastics. This leads to accumulation of toxic chemicals in marine life, even in situations where the animals are far from humans”, said marine researcher Krista Kamer.

Data from the United Nations (U.N.) Environment Project report has also shown that more than 25 percent of fish sold around the world already display microplastic contamination. Likewise, the U.N. report reveals that several areas around the world have higher levels of microplastic pollution. The report notes that the East Asian region in particular has 27 times more plastic particles in the oceans than other parts of the globe.

Jim Carrey – ‘The Need For Acceptance Will Make You Invisible’