The Power of Nonviolent Acts of Humiliation 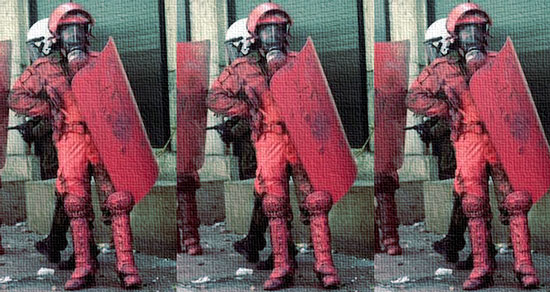 “Counting Coup is a robust exhibition… it serves to examine how the tactics of mundane survival can be subversive, even as blatantly courageous as the actions of old: riding one’s horse pell-mell at an enemy who wants you dead, touching him with your bare hand, and turning around and speeding off, leaving your foe astonished and confounded by the nerve of your valor.” ~ Kathryn M. Davis (American writer)

Your skin may be white, black, brown, red, yellow, or whatever other stereotypical color you wish to marginalize it with. But your heart is red. It bleeds red no matter your race, nationality, or creed. All Americans are all united in red and this red nation has the potential to rise again, and it can be a blessing for a sick world.

In honor of the events between the North Dakota Sioux tribe and the development of the Dakota Access Pipeline (where the tribal leaders were joined by ranchers, farmers, and community members in a peaceful protest against the oil pipeline), this article is an attempt to update the concept of counting coup using strategic humiliation and imaginative nonviolence, while courageously turning the tables on the ecocidal (i.e. that causes extensive damage to the natural environment, especially when deliberate) Goliath state that looms menacingly over all Americans.

Humiliation is a powerful psychosocial leveling mechanism. It can be more powerful than violence if it is done intelligently and imaginatively enough. The Native American concept of counting coup is a prime example.

As described by the combined references of Chief Plenty Coups, Black Elk, and Joe Medicine Crow (from native American tribes):

“Counting coup refers to the winning of prestige in battle by the Plains Indians of North America. Warriors won prestige by acts of bravery in the face of the enemy, and these acts could be recorded in various ways and retold as stories. Any blow struck against the enemy counted as a coup, but the most prestigious acts included touching an enemy warrior with the hand, bow, or with a coup stick then escaping unharmed. Touching the enemy’s defensive works also counted as coup. Counting coup could also involve stealing an enemy’s weapons or horses tied up to his lodge in camp. Risk of injury or death was required to count coup.”

Counting coup is far superior to the cowardice of a violent attack, because it showcases a higher level of courage while also alleviating the peaceful warrior from the guilt that comes from taking a human life. It also indirectly sets the stage for wise humor to win out over ignorant anger, thus potentially bringing the tragedy of war around full circle to the tragicomedy of the human condition: to a sacred place where we can all laughably relate, whether friend or foe, comrade or enemy.

Counting coup requires great courage, and great courage requires deep love. As such, counting coup uses the shaming mechanism of direct humiliation as a means to the end of bringing an “enemy” back from the egocentric path of unhealthy, immoderate, apathetic, ecocidal, violent action and onto the eco-centric path of healthy, moderate, empathetic, interdependent, non-violent action. Its goal is to shame those who have lost their way in the ugliness of violence and war into finding their way back into the peaceful fold of love. As Dr. Martin Luther King Jr. said: “Those who love peace must learn to organize as effectively as those who love war.”

Counting coup is the epitome of organizing peacefully, lovingly, and courageously in the face of those who have carelessly and unconsciously organized themselves with violence and war in their heart. As Derrick Jensen said: “Love does not imply pacifism.”

It won’t be easy. Truly courageous acts never are. As Robert Reich surmised, “Mobilizing and changing the allocation of power within a society is a serious, long term and very difficult process.” Especially if you are a tiny David in the midst of a giant Goliath. But a true peaceful warrior, a coup warrior, will always choose courageous failure over cowardice success. Sure, it’s risky. But acts of courage always are. The virtue found in dissent is not for the meek and mild. The capacity needed to burden the vicissitudes and handle the heat, is great. But never has there been a greater need for people of this particular caliber. 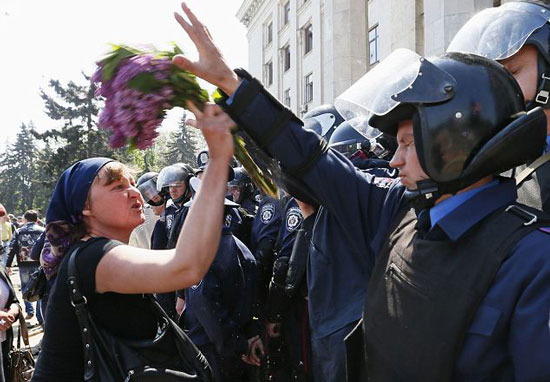 “Nonviolence does not mean meek submission to the will of the evil-doer. It means the pitting of one’s whole soul against the will of the tyrant. Working under this law of our being, it is possible for a single individual to defy the whole might of an unjust empire to save his honor, his spirituality, his soul and lay the foundation for that empire’s fall.” ~ Gandhi

Here’s the thing: Violence is for the weak. A violent person is a symbol of failure. No ifs, ands, or buts about it. A man in a tank is not a symbol of courage as the weak propagandized media will have you believe. Nor are two men pathetically and ignobly facing off in a warzone, or even in an arena. No, these are symbols of invulnerable cowardice. Similarly, a man who offensively (cops, soldiers), rather than defensively (protectors and peace bringers), hides behind a gun, is a symbol of fear and paranoia, not of courage and valor.

Courage and valor is sneaking up behind that coward with a gun and depantsing (leaving him with his pants down, figuratively speaking) him in front of his peers. It’s cunningly turning the tables on the would-be violent person using the art of fighting without fighting, as Bruce Lee did in the movie Enter the Dragon. The key is caring about people to the extent that you don’t harm them, but not caring about what they think, or about hurting their feelings. The other key is getting away with it.

Imagine creatively counting coup on such mega-corporations as Exxon, Monsanto, Pfizer, and Goldman Sachs. Just remember, there is a fine line between courage and stupidity. Hence the terms “intelligent” and “ strategic”. So pick your battles smartly and deliberately, and move on with your courage in tow and your “coup stick” blazing with notches of valor.

Counting coup trumps artillery with art. It trumps apathy with empathy. It trumps fear with courage. It trumps seriousness with a sense of humor. It trumps greed with self-sacrifice. It trumps paranoia with pronoia (the opposite state of mind to paranoia: having the sense that there is a conspiracy that exists to help the person; that the Universe is conspiring in your favor). In one fell swoop (a mocking touch, a graffiti tag, a humiliating smack on the behind, standing in front of a tank armed with nothing but shopping bags, sticking a flower into the barrel of a gun etc.) the Coup Warrior, the Heyoka Activist, the Reverse Warrior, The Rainbow Warrior, mightily declares to all: the so-called power of authority is nothing more than a cartoon in the brain, an agreed-upon social ailment that must be transcended with courage and humor, lest we fall victim to becoming “well-adjusted to a profoundly sick society” (Krishnamurti).

“It is dangerous to be right when the government is wrong.” ~ Voltaire

As Nietzsche said: “The secret of reaping the greatest fruitfulness and the greatest enjoyment from life is to live dangerously.” An act of counting coup takes living bravely to the next level. The fruits gained are the fruits of prestige and honor in the face of the deplorable and dishonorable control pathetically displayed by the unhealthy authority of the state.

Courage in the face of fear, paranoia, greed and tyranny, even at the risk of imprisonment or death, will always trump the comfortable cowardice of indifference toward atrocity or the reassurance gained from succumbing to the security of the status quo. As Albert Einstein surmised “Unthinking respect for authority is the greatest enemy of truth.”

If Americans can strategically raise shaming to a social leveling mechanism and update the concept of counting coup, they can turn humiliation into an art form that is far superior to violence in response to violence. Indeed. Instead of the never-ending violent cycle of  “an eye for an eye” they can replace it with a courageous, humorous, and non-violent “I for an eye”. The US people just need to use their imagination and dig down deep for a little bit of bravery.

The modern-day David’s sling shot is an updated counting of coup. The Americans don’t need to kill Goliath, they just need to send it crying and humiliated back into its cave of lies. Let it rot there from its own overindulgence and immoderation. Let it topple there under its own unsustainability and overreach. Let it defeat itself there as it poisons its own water with pollution and “growth for the sake of growth”.

And if it should manage to rise back up from its humiliation looking for a fight, all the coup warrior needs to say is: “You want to fight me? Go ahead and try. Do what you’ve got to do. I’m not fighting you. I refuse to lower myself to your level. But I will laugh at you. I will intimidate you. I will mock your violence with my humor. I will dodge your every blow. I will be in your face as a lover of life despite your support of violence, death, and war. I will, in more ways than one, count coup on you and your outdated war machine. Mine is a way of peace and non-violence.

The only way you will ever earn the honor of fighting me is if my life is in immediate danger. And if my life is in immediate danger then there is no decision to make. Either I’m going to die or you’re going to die. But I will not fight you as long as the decision is mine. Your absolute humiliation is my only goal. For you have lost your way, and your only way back to the moral path is by way of humiliation. And if that should backfire into you acting violently towards me, so be it. But I will always rise up against your cowardly violence with my courageous non-violence, even if that means my imprisonment or death. For not even death can stop those who are truly free.”

As Alexander Berkman declared “The man who can face vilification and disgrace, who can stand up against the popular current, even against his friends and his country when he knows he is right, who can defy those in authority over him, who can take punishment and prison and remain steadfast, that is a man of courage.”

Should the US people live in tyranny or freedom? The choice is in the hands of the Americans.

Alkaline Water Kills Cancer Cells and Heals Your Body! Learn How to Make It…