The Psychology of Soft Slavery 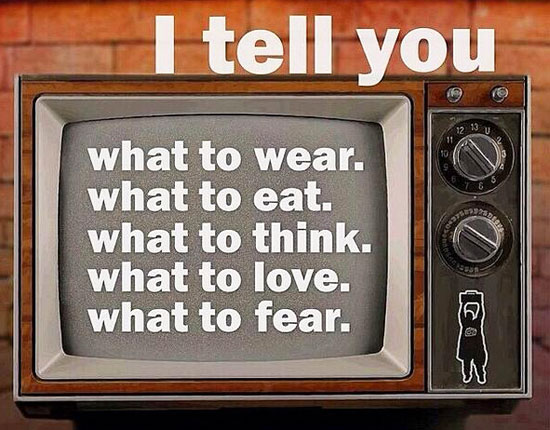 “When a public is stressed and confused, a big lie told repeatedly and unchallenged can become accepted truth.” – George Orwell

The idea of slavery is one of those concepts that have the tendency to be uttered in black and white terms. But slavery is anything but black and white. There are many shades of gray that people tend to neglect, usually out of indifference, but also out of ignorance, or by side-stepping the idea as “just the way things are”. It was a copout during the times of hard slavery and it’s a copout now, during these times of soft slavery.

Here’s the thing: hard slavery is overt, it’s apparent and self-evident. Nothing is hidden. Who the slave and the master are is very clear. Soft slavery on the other hand, is covert. It is neither apparent, nor self-evident. Everything is hidden behind comfort, apathy, security, convenience, indifference, and the illusion of freedom. Who the slave and the master are is not clear and is typically obscured by an unhealthy hierarchy that leads to public confusion between authority based on fear and authority based on free and transparent leadership, which in turn, can lead to a political cognitive dissonance and the pathetic stance of “It’s just the way things are”.

“History does not repeat itself, but it rhymes.” – Mark Twain

Unfortunately, the spirit of the times under the rule of state-ism, is one of soft slavery. Statists, living in a world ruled by nation states and deceived by the illusion of freedom, are more akin to the house slaves from the times of hard slavery than to free human beings. The house slave of today is the typical state citizen just going through the motions, unaware of the extent of their own slavery. So caught up are they in the “rules” and the “laws” of the land, they cannot see how desperate their situation really is. And to the extent that they can see, cognitive dissonance kicks in to squash the uncomfortable information in order to keep the comfortable world view intact. Indeed, the all too typical cognitive error of “It’s just the way things are” gets them off the hook for having to do any real deep thinking and envelops them in a warm blanket of indifference.

Some might say this is being too harsh in the judgement of the system, but this is not to pull punches. Had we had lived during the times of hard slavery, we’d like to think we would have put the foot down and declare slavery immoral, rather than copout with the cowardly cliché: “It’s just the way things are”. Similarly, put the foot down now, regarding the soft slavery of the modern era.

“Truth is a staff rejected.” – Unknown

There is perhaps no more precarious an arena for cognitive error than the arena of politics, especially regarding civics and the psychology of power. This is because human beings are to the conditioning mechanisms of their own culture as fish are to water. The difference? Humans can think abstractly. But such thought victimizes itself when it comes to cognitive dissonance; to the extent that new knowledge, even knowledge backed by solid evidence, is ignored in order to maintain a sense of comfort and security within the cultural milieu. Maintaining comfort and security in one’s culture is just fine if that culture is healthy and not corrupt, but when it is both unhealthy and corrupt, such maintenance is tantamount to ignorance and one is more likely to become a victim of cognitive dissonance.

So what are we to do? How do we prevent political cognitive dissonance from making victims of us? We begin by questioning things; rules, laws, cultural norms, even the truth as we know it. It requires getting uncomfortable. We must be able to dig down deep and question our political perceptions and weigh them against morality, health, freedom, and love. We must not be afraid of getting uncomfortable, even at the expense of our security. Even the house slave during the era of hard slavery had a so-called “comfort” and “security”. And so even now, the citizen living in the era of soft slavery should question both their comfort and their security.

The Difference Between Courage-Based Leadership and Fear-based Authority

“We may have democracy or we may have great wealth concentrated in the hands of a few, but we can’t have both.” – Louis Brandeis, Former Supreme Court Justice

Those with the courage to get uncomfortable despite the comfort and security of the state, tend to become leaders who question authority. People tend to think that anarchy means no rules and thus no leaders, but it really means no rulers and thus no masters. There are still rules, of course. But those with the courage to question their culture’s politics realize that such rules are only valid if they are based on natural order, health, the golden rule, the golden mean, and the non-aggression principal. Otherwise, tyranny and violence become the rule and Krishnamurti’s words become all the more poignant: “It’s no measure of health to be well-adjusted to a profoundly sick society”.

As it stands, we are suffering at the hands of fear-based authority the world over, due to the rampant overreach of nation states ruling over us using outdated laws that propagate a culture of soft slavery, which keeps the rich richer (powerful) and the poor poorer (powerless). And behold, our soft slavery has become a plutocracy despite the free democracy we all yearn for.

True leaders question authority. Indeed, the leadership of a free people must be a courage-based leadership that dares to draw a line in the sand against fear-based authority. It’s not only freedom that hangs in the balance, but the future of our species. If we cannot get over this evolutionary hump of state-ism and soft slavery, then we are doomed as a species and no better than unthinking fish, ignorant to the water they breathe.

The Trees Will Teach You Telepathy – Now You Can Hear Chemistry