What follows in this article is a thought experiment. Many believe the phenomena described here to be real. What do you believe?

Markus Persson, the creator of Minecraft, pointed out that the political Left has “literally been taken over by evil.” It turns out he’s more correct than even he might realize. Over the last several years, Leftists have morphed into an irrational, hate-filled violent mob of “Demoncrats” that don’t even resemble conscious human beings. 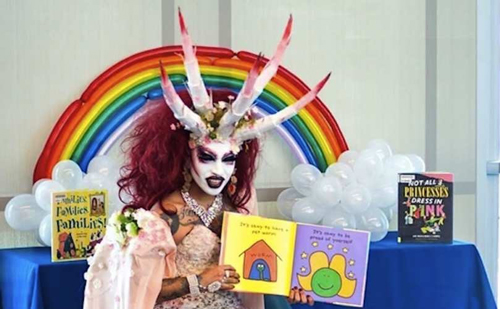 Operating like a zombie swarm of mindless lunatics, they are now taking over entire cities in the US, like Portland, Oregon, where even the local police now stand down and allow deranged Left-wing mobs to run the city. An astonishing video, now deleted from internet, showed an elderly white man being harassed, racially, verbally assaulted and then had his vehicle windows smashed by deranged left-wing lunatics who have taken over the city of Portland, apparently with the full permission of the snowflake mayor and the pathetic, spineless Portland Police.

Note that this incident took place just one block from a Portland Police station, where there wasn’t a single police officer who took action against these Democrat thugs who took over city streets screaming racial slurs at white people. (All in the name of “social justice,” of course.)

This isn’t the first case of a major U.S. city falling to the anarchy of left-wing lunatics, as the Wall Street Journal reports about another Portland incident from June 2018:
“A mob surrounded ICE’s office in Southwest Portland June 19. They barricaded the exits and blocked the driveway. They sent ‘guards’ to patrol the doors, trapping workers inside. At night they laid on the street, stopping traffic at a critical junction near a hospital. Police stayed away. ‘At this time I am denying your request for additional resources,’ the Portland Police Bureau’s deputy chief, Robert Day, wrote to federal officers pleading for help. Hours later, the remaining ICE workers were finally evacuated by a small federal police team. The facility shut down for more than a week.”

An epidemic of hatred, mindlessness and anarchy is sweeping across Leftist populations

A reasonable person might describe this sweeping expansion of hatred and anarchy as an “epidemic.” But there’s no virus that can explain the phenomenon. The cause isn’t viral or bacterial, it turns it: It’s spiritual.

Many people believe that Leftists are literally being possessed by demonic forces that they’ve invited into their lives through the mechanisms described below.
This could explain the hatred, the mindlessness, the desire for killing their opponents and their complete lack of anything resembling rationality or logic.

Today’s typical left-wing lunatic cannot explain anything they believe. Instead, they resort to screaming, accusing, kicking and crying. These are all expressions of lunacy, not rationality or reason. Importantly, recognize that these are not the actions of conscious human beings. That’s because these Leftists are no longer human, the theory goes.

Demonic possession is a real phenomenon. Catholic priests are being recruited in record numbers to battle actual demons who are seizing control of human minds and bodies. “The diocese of Milan recently nominated seven new exorcists, the bishop of Naples appointed three new ones a couple of years ago and the Catholic Church in Sardinia sent three priests for exorcism training in Rome,” reports The Telegraph (UK). “In Spain, Antonio Maria Rouco Varela, the archbishop of Madrid, chose eight priests to undergo special training to confront what he described as ‘an unprecedented rise’ in cases of ‘demonic possession’. The Church in Spain was coming across many cases that ‘go beyond the competence of psychologists’ and they were occurring with ‘a striking frequency’, the archbishop said.”

The Catholic Church’s top exorcist, Father Gabriele Amorth, says he has personally “sent 160,000 demons back to hell,” reports the Christian Post. As the story reports: “An 84-page update of exorcism rites compiled in 1614 and drawn up in 1998 stipulates how Catholic priests trained as exorcists should operate. According to the guidelines established by the church, they have to follow a ritual known as De exorcismis et supplicationibus quibusdam or ‘Of exorcisms and certain supplications’.”

All across the planet, priests are being tasked with an increasing number of demonic possessions, which they describe as a demon entity entering the body of a human being through a spiritual portal or opening. But what’s causing these openings that demonic entities can use to possess human beings?

Catholic priests have all sorts of theories about how demon spirits possess human beings. Amorth, for example, believes that reading Harry Potter books opens young minds to demonic possession. Some priests they’ve all somehow missed the obvious: Pope Francis himself has been possessed by demonic forces and is working on Earth as an “ambassador” to Satan. The Catholic Church, it turns out, is run by Satan from the very top.

Throughout the history of human civilizations, the phenomenon of opening the human spirit to demonic possession — a kind of spiritual portal — has been “powered” by child sacrifice. In ancient Aztec and Mayan civilizations, human children were routinely murdered to appease what local priests believed to be spiritual gods. The act of murdering children en masse — some ancient rituals involving the marathon murder of as many as 80,000 children and adults in a single setting — serves as a powerful “magnet” to attract evil. When people murder children to invoke power, they invite evil, demonic forces to possess their minds and bodies.

This is the abortion industry in America: A child sacrifice factory that mirrors the mass murder rituals of ancient human civilizations. Today, Leftists worship the murder of children and celebrate abortions as a sign of being “progressive.” Disguised as “reproductive health,” the abortion industry in America today is actually a child sacrifice factory that serves to keep open the portals of spiritual possession, allowing demonic forces to seize control of human minds. Those who worship abortion also worship Satan and death.

The fight over Brett Kavanaugh was, to many Leftists, a fight to maintain their child sacrifice abortion factories, because without all the negative energy of fear and terror generated by abortion factories, the political Left would not have sufficient dark spiritual energy to power its demons that feed on such negative emotions.

Once controlled by demonic possession, once-human individuals are no longer humans. They are demon-possessed activists for evil who pretend to be human. They still inhabit human bodies and have access to all the memories and knowledge of the original host they have now possessed, the thinking goes. This is why they can be easily mistaken for human beings when they’re actually demons in human form.

If you follow this line of thinking, it’s not difficult to conclude that nearly all the top Leftists are actually former humans who have become possessed by demon spirits. Many of these people are then elevated to top positions in comedy, culture, music and especially Hollywood, where overt worship of Satan has become a routine ritual among the rich and famous. Some of the most powerful demons-in-human-form are promoted to become U.S. Senators. Over time, the inner demon begins to overtake the human form, leading to aged humans who literally resemble demonic creatures. For example, take a look at this actual photo of California Sen. Dianne Feinstein: 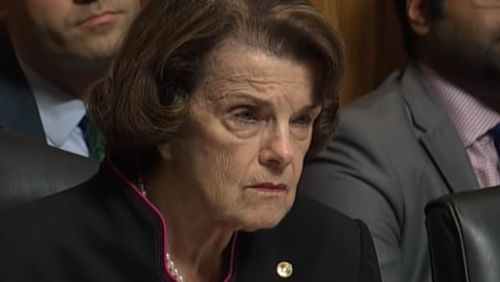 Or look at the hollow, dark, soulless eyes of George Soros, who funds the operations of left-wing evil all across our planet. It’s like peering into the empty soul of Satan himself: 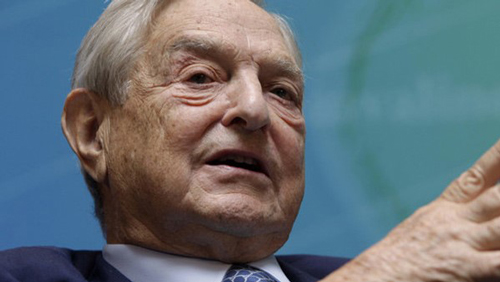 Demon possession now defines Democrats and the DNC, whose members engage in “spirit cooking” rituals to strengthen their demonic power

According to emails released by WikiLeaks, many of the top people at the DNC are followers of “spirit cooking,” a bizarre, demon-worshiping ritual. As InfoWars reported in 2016:
“In what is undoubtedly the most bizarre WikiLeaks revelation to date, Clinton campaign chairman John Podesta was invited to a ‘spirit cooking dinner’ by performance artist Marina Abramovic, to take part in an occult ritual founded by Satanist Aleister Crowley.
Spirit cooking refers to ‘a sacrament in the religion of Thelema which was founded by Aleister Crowley’ and involves an occult performance during which human blood and sperm are used to create a ‘painting’.”

Similarly, many people have observed that Hillary Clinton appears to be either suffering from a bizarre neurological disorder or something resembling demonic possession. There are many videos online of Hillary Clinton laughing hysterically about “murdering” her political enemies, braking like a dog and behaving like a complete lunatic. Hillary Clinton is also a “serial murderer”, according to multiple accounts in alternative media.