The Reality of Zionist Control

The Zionist control of the media, both traditional mainstream and alternative is nothing new, it has been an on-going process for over a century, as evidenced by the Protocols of The Learned Elders of Zion:

“Protocol XII – Control of the Press:We Control the Press – not a single announcement will reach the public without our control. Even now this is already being attained by us inasmuch as all news items are received by a few agencies, in whose offices they are focused from all parts of the world. These agencies will then be already entirely ours and will give publicity only to what we dictate to them.” 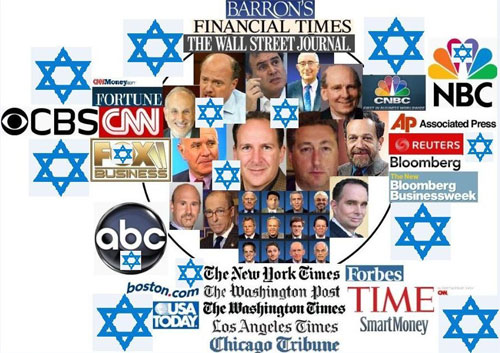 It is worth reading the full text of Protocol XII in order to understand how and why the Zionists have taken control of the world’s media.

This subject drives straight to the core of the Cabal. The Khazarian Zionists run the Cabal and they hide within Judaism. 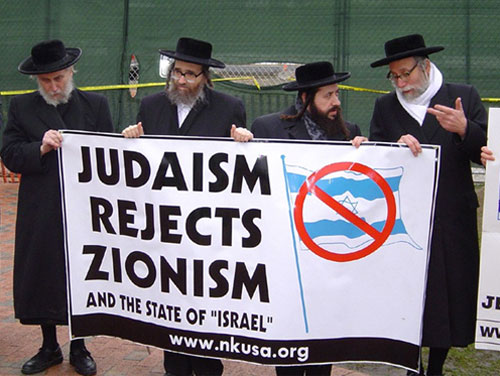 The Zionists hide within the religion of Judaism behind their over-hyped and manufacture “Apocalypse” with their cry-baby “Anti-Semitic” retort – when in fact they have most heinous atrocities upon their cover-story people, the Jewish – whilst raping and murdering their way around the world on their quest to bring in their fascist, Luciferian New World Order.

Jews are not the problem. The Khazarian Zionists are the problem. And they want you dead if you are not one of them – as has been stated in the public domain for decades.

“The best way to control the opposition is to lead it ourselves.” – Vladimir Ilyich Lenin

Rather than use the term Zionist, we are best served by Khazarian Mafia, a term coined by Dr. Preston James. The Khazarians are a group that formed a parasitic nation during the early first millennium, northern Turkey, the Ukraine, Belarus and a bit of Kazakhstan.

Because they were so vile, so hated, their neighbours had the choice of either wiping them out or reforming them. They were given the chance to choose a religion, available at the time, Islam, really reformed Judaism, Christianity, really repackaged Greco-Roman pagan worship and Judaism. They chose the latter.
With the barbarian invasions, Khazaria was broken up and their population pushed across Eastern Europe, making up the Jewish populations later rounded up by Hitler.

None were Semitic, their genetics, when tested, prove that out by 95% according to Johns Hopkins.

Real Jews went to Morocco, Spain, Persia and Iraq, even into Africa. Most real “Jews” became Palestinians, changing their religion to Christianity and then Islam, as governments required at the time.

Without the expertise of Israel, neither Congress nor the Pentagon could get paid, terrorists and jihadists would never travel freely around the world like wraiths and some of our curious and improbable acts of terror just might have never occurred.

Assange, WikiLeaks and how Israel enslaved the British