The Rothschilds’ March To WWIII 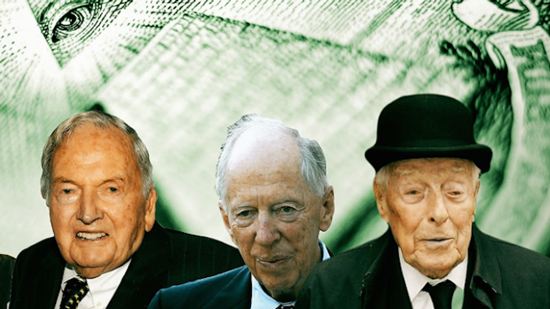 The alleged poisoning of Sergei Skripal quickly came to dominate mainstream media headlines. Anyone who dared question Russian involvement was quickly dismissed as an enemy of the state. Witness the photo-shopped BBC-generated caricature of British Labor leader Jeremy Corbyn superimposed over the Kremlin. Then in March Mossad sent its troops into the City of London to portray Corbyn as an anti-Semite.

In the US, while both Republicans and Democrats howled that we should jump to the defense of the Crown, the “crazed” Trump refrained from criticizing Russia until he saw the evidence. He even went so far as to congratulate Putin on his election victory in Moscow. Again the “sane people” howled. Then came the Stormy Daniels 60 Minutes turn of the screws. Soon Trump was knuckled under and had jumped onto the Rothschild bandwagon, expelling Russian diplomats in tandem with some 20 EU nations.

Putin won that election with a 77% majority, and 67% of Russians turned out to vote. International observers verified the results immediately. No longer can the Illuminati spew hate towards Vladimir Putin without including, ostensibly, those “despicable” Russian people, who witnessed the pillaging of their country by Goldman Sachs & Co. in 1998. That year some 70 million Russians were thrown into poverty. In 1989, before the CIA and their boy Boris Yeltsin dismantled the Russian state, only 2 million Russians were classified as poor.

The Atlantic Union (AU) was an RIIA (Royal Institute of International Affairs) affiliate. The RIIA subsidiary in the US is the Council on Foreign Relations. Founded by Cecil Rhodes – whose dream as enunciated in his last will & testament was the return of the US to the British Crown – in 1939, AU set up its first offices in America in space donated by Nelson Rockefeller at 10 E 40th St in New York City. Every year from 1949-1976 an AU resolution was floored in Congress calling for a repeal of the Declaration of Independence and a “new world order”.

Two years later in 1941, the Pearl Harbor false flag occurred. Before that seminal event, a vast majority of Americans opposed entering WWII. Afterward, Churchill and his Crown masters were saved when US public opinion changed dramatically and the US entered the war.

There is a similar history surrounding WWI, which President Woodrow Wilson was goaded into entering by the recently formed (1913) Federal Reserve crowd, led by Jack Morgan – son of JP Morgan, a Rothschild gopher – and the Carnegie Foundation.

As Charles Tansill wrote in his book America Goes to War, “Even before the clash of arms, the French firm of Rothschild Freres cabled to Morgan & Company in New York suggesting the flotation of a loan of $100 million, a substantial part of which was to be left in the US to pay for French purchases of American goods.”

The House of Morgan financed half the US WWI effort while receiving commissions for lining up contractors like GE, Du Pont, US Steel, Kennecott and ASARCO. All were Morgan clients. Morgan had also financed the British Boer War in South Africa and the Franco-Prussian War.

The 1919 Paris Peace Conference was presided over by Morgan, which led both
German and Allied reconstruction efforts. The same Rothschild crowd financed and profited from WWII.

Rothschild banking interests and their Crown cousins have historically accrued massive financial and political benefits by keeping Russia and the US in a constant state of tension. But there is nothing more profitable to the Illuminati than a world war. Whether they succeed in dragging the US into yet another world war depends on the gullibility of the American people. Let’s hope they become truly sane again very soon.

Tired of Being a Negativity Sponge? 12 Ways to Prevent Energy Infiltration and Reclaim Your Energy (1)