The Schizophrenic Deep State is a Symptom, Not the Disease 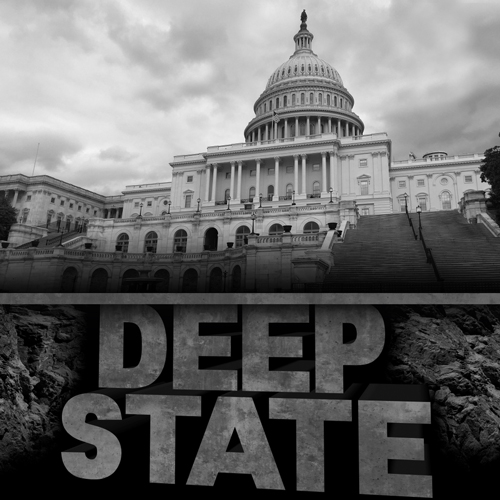 1. The overt politicization of the central state’s law enforcement and intelligence agencies. It is now commonplace to find former top officials of the CIA et al. accusing a sitting president of treason in the mainstream media. What was supposed to be above politics is now nothing but politics.

2. The overt politicization of the centralized (corporate) media. Evidence that would stand up in a court of law is essentially non-existent but the interpretations and exaggerations that fit the chosen narrative are ceaselessly promoted – the classic definition of desperate propaganda by those who have lost the consent of the governed.

The nation’s elites are not just divided – they’re exhibiting signs of schizophrenic breakdown: disassociation and a loss of the ability to discern the difference between reality and their internal fantasies.

It’s impossible to understand the divided Deep State unless we situate it in the larger context of profound political disunity, a concept learned from historian Michael Grant (whose slim but insightful volume The Fall of the Roman Empire it’s a recommended lecture). This was a key feature of the Roman Empire in its final slide to collapse. The shared values and consensus which had held the Empire’s core together dissolved, leaving petty fiefdoms to war among themselves for what power and swag remained.

A funny thing happens when a nation allows itself to be ruled by Imperial kleptocrats: such rule is intrinsically destabilizing, as there is no longer any moral or political center to bind the nation together. The public sees the value system at the top is “maximize my personal profit by whatever means are available, i.e. complicity, corruption, monopoly and rentier rackets”, and they follow suit by pursuing whatever petty frauds and rackets are within reach: tax avoidance, cheating on entrance exams, gaming the disability system, lying on mortgage and job applications, and so on.

But the scope of the rentier rackets is so large, the bottom 95% cannot possibly keep up with the expanding wealth and income of the top 1% and their army of technocrats and enablers, so a rising sense of injustice widens the already yawning fissures in the body politic.

Meanwhile, diverting the national income into a few power centers is also destabilizing, as Central Planning and Market Manipulation (a.k.a. the Federal Reserve) are intrinsically unstable as price can no longer be discovered by unfettered markets. As a result, imbalances grow until some seemingly tiny incident or disruption triggers a cascading collapse, a.k.a. a phase shift or system re-set.

As the Power Elites squabble over the dwindling crumbs left by the various rentier rackets, there’s no one left to fight for the national interest because the entire status quo of self-interested fiefdoms and cartels has been co-opted and is now wedded to the Imperial Oligarchy as their guarantor of financial security.

The divided Deep State is a symptom of this larger systemic political disunity. Some have characterized the divide as between the Wall Street-Neocon-Globalist Neoliberal camp – currently the dominant public face of the Deep State, the one desperately attempting to exploit the “Russia hacked our elections and is trying to destroy us” narrative – and a much less public, less organized “rogue Progressive” camp, largely based in the military services and fringes of the Deep State, that sees the dangers of a runaway expansionist Empire and the resulting decay of the nation’s moral/political center.

What few observers seem to understand is that concentrating power in centralized nodes is intrinsically unstable. Contrast a system in which power, control and wealth is extremely concentrated in a few nodes (the current U.S. Imperial Project) and a decentralized network of numerous dynamic nodes.

The disruption of any of the few centralized nodes quickly destabilizes the entire system because each centralized node is highly dependent on the others. This is in effect what happened in the 2008-09 Financial Meltdown: the Wall Street node failed and that quickly imperiled the entire economy and thus the entire political order, up to and including the Global Imperial Project.

Historian Peter Turchin has proposed that the dynamics of profound political disunity (i.e. social, financial and political disintegration) can be quantified in a Political Stress Index, a concept he describes in his book Ages of Discord.

If we understand the profound political disunity fracturing the US nation and its Imperial Project, we understand the Deep State must also fracture along the same fault lines. There is no other possible output of a system of highly concentrated nodes of power, wealth and control and the competing rentier rackets of these dependent, increasingly fragile centralized nodes.

Climate Change – Everyone is on One Side of the Boat