The Third Fatima Prophecy (Undisclosed by the Vatican) (2) 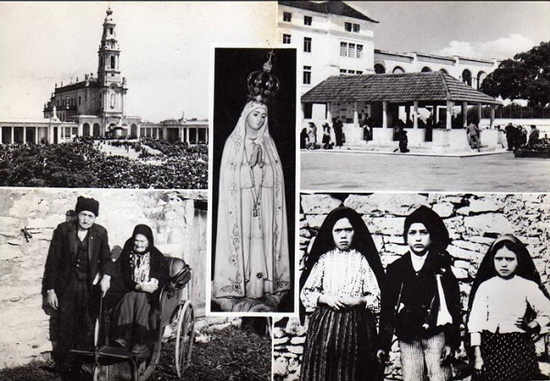 There were further apparitions of Virgin Mary in Fatima, on different days, with more messages described below…

Well, Where Are We?

The infiltration of our churches by evil-shrouded clergy, including even bishops, is proof that “Satan will even succeed in infiltrating into the highest positions in the Churches”. He certainly has taken a whopping big slice from the T.V. religious teachers and they are noted because they are so blatantly public. It has happened in every orthodox church because it has occurred at the level where the rules are laid down for the outlying ministers unto the flocks. Many clergymen actually proclaim that “God is dead”, teach immorality and make new laws and commandments to “suit the more modern needs”. They actually TEACH IMMORALITY AND SANCTION IMMORAL BEHAVIOR EVEN UNTO THE CHILDREN. “LET US TEACH THEM ‘SAFE SEX’ IN GRADE SCHOOL!!!” Some actually engage in subversive activities under the shelter of the cloak called God.

Some claim that the upheaval is hurting the Catholic Church the most. A substantial number of Catholics have chosen up sides and are in all-out hostile confrontations with each other and the church hierarchy. Well, not to be different – it is throughout the world in every “denomination” and one denomination unto another.

Among the many other things the little illiterate peasant children said – and hold your breath America – was that Russia would not only “spread her errors throughout the world”, as she already has done, but that THREE (3) COMMUNIST EMPIRES WOULD EMERGE ON THE WORLD SCENE – RUSSIA, THE UNITED STATES AND CHINA!

One must bear in mind, that these children, hidden away in a crevice of Portugal, were not even aware in October, 1917, that a world war was under way, and that never had they heard of Russia. At their very tender age, they had never heard of Communism – which, of course, was not even known as a world-government in 1917. In fact, the Bolshevik revolution was hardly a whisper in the world at that time. Yet these little ones, one so young that even in America he would only be about the age of kindergarten or first grade, conversed with the Blessed Mother on the subject of Sovietism and Communism and the three Soviet empires to emerge far later in the 20th century!

It could possibly be considered that these children were inventing a bit of the tale if it were this day and age with television and had they been greatly coached in current happenings. I dare say if you ask children of your own, who are in the age group – about these places and political styles they would not know – would you?
Had these small children known anything about the world in which they live, or had studied world governments, one might somehow suspect they were inventing with prompting. But they could not even read nor write, and had never heard of Communism – as who had in 1917? You can be quite safe in assuming this story to be valid and that the Blessed Mother truly prophesied to these little ones, who were given Her firm warnings, which have not yet been heeded in great measure.

It is obvious that The Mother has been sent by the Eternal Father/Creator to alert mankind of the scriptural predictions of a cleansing of the earth with fire unless mankind makes a complete reversal of his willful ways. A world-wide warning shall precede the Chastisement in an effort to recall God’s children to a life of grace. She has also promised that God will perform a great miracle after this warning and, if men still refuse to change, then God will be forced to send the Chastisement. Where do you think you might stand in the “changing line” this day?

The Blessed Mother came forth to ones on June 12, 1976 with this warning:

“My children, you must pray more; do much penance, for the Warning is coming upon mankind. There will be tremendous explosions and the sky shall roll back like a scroll. This force shall go within the very core of the human. He will understand his offenses to his God. However, THIS WARNING WILL BE OF SHORT DURATION, and many shall continue upon their road to perdition, so hard are the hearts hardened now, My children – BEWARE OF THE SUNRISE!

As the day follows night, so shall this Warning follow soon. Beware of the sunrise! 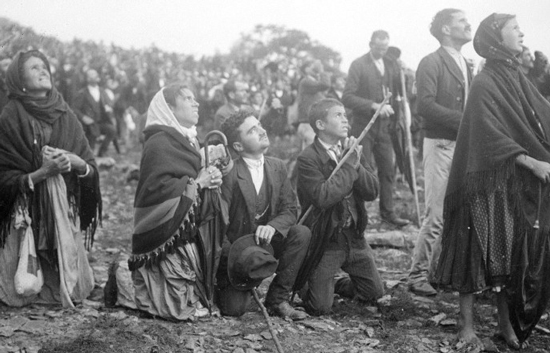 Beware of the sunrise! Do not look up to the sky – to the flash! Close of your windows! Draw your shades! Remain inside; do not venture outside your door, or you will not return! Pray! Prostrate yourselves upon your floor! Pray with arms outstretched and beg for mercy of your God, the Father. Do not seek or receive your animals into your homes, for the animals of those who have remained of well spirit will be taken care of.

O My children, how many will try to go back and restore their homes when it is too late? Keep blessed candles, water, blankets, food within your homes. The candles of those who have remained in the state of grace shall not be extinguished, but the candles in the homes of those who have given themselves to Satan shall not burn! Amen, I say to you, as night follows day a great darkness shall descend upon mankind.”

Timing of the Warning

Does any of this sounds familiar to you? Hasn’t the alternative media been actively trying to warn the world for many years now about the imminent/upcoming “EVENT”?
For example in the following quote from one of the online articles on the subject, It is the End of a Long Era of Captivity:

“Earth and the inhabitants have been in 25,000 years of imprisonment and quarantine (black hole). We have been controlled and manipulated by the dark side – or as we call them, The Cabal. We are now to exit the black hole after 25,000 years of prison. Our planet is the last one in the galaxy to be liberated. This exit is the EVENT HORIZON, or THE EVENT. THE EVENT will be a moment of breakthrough for the planet which will be physical and non physical.”

“On the non physical plane: there will be a ‘big wave or flash of Divine energy and light coming from the Galactic Central sun going towards the surface of the planet’. (The galactic central sun is an object in the Sagittarius constellation.) The energy from the Central Sun will stimulate a flash or special kind of light from the Sun that permeates the earth and humanity, raising the frequencies of all living entities on the planet.”
Now back to Virgin Mary’s Prophecy…

“The Warning which will be sent upon man must be effective. And in the mercy of the Father, a great spectacle will then be placed in the sky for all to see. However, the agents of hell will try to prove – disprove the hand of the Father in this Miracle.
You must cleanse your souls of all sin, mortal and venial. Come to My Son in belief. Believe what you’ll see at Garabandal, and turn back from your ways that have been created by Satan. Return to the Father, do penance and atonement, for your Chastisement will soon follow upon the great spectacle. I bless you all, My children, as the Father blesses you with sad heart.”

The above message speaks of Garabandal. For those who do not have the background on this – Garabandal is a small village in northwestern Spain, where from June 18, 1961 to November 13, 1965, the Blessed Mother appeared to four young girls.

The girls spoke of the Warning, the Great Miracle which would take place in the pines near their village, and also the Chastisement.

“I say unto you, as your God, I bring not your destruction; you will bring about your own destruction, for I leave you, as your God, to the exercise of your free will. In your free will, if you reject your God and the plan for man’s redemption as given from the beginning of time, I say unto you – you will destroy yourselves. You have brought terrible unbalance unto your Mother Source and Creator’s creations. Can you not see that it is from the unbalance that the change must come in purification and renewal – you push too far. Oh yes, my children, I hear the voices of disdain shouting, sadism! Is this a sadist God who promises such destruction upon His creation? You must witness that which has been done lest you think you need not claim of responsibility for all have participated.”

Please spread this message far and wide because the word must go forth unto the corners of the world and then be preserved for the time of another great ending in another great cycle at some other perceived “time”.