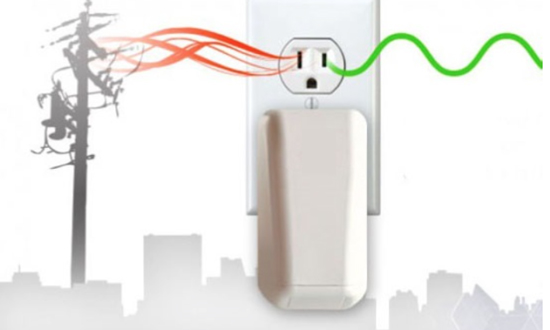 Electromagnetic field (EMF) filters are particularly important for those who are electro-sensitive.

Most people just don’t want to believe EMFs are problematic because electricity and electric, wireless devices are so incredibly convenient and provide us with many logistical benefits. Most public health authorities also insist EMFs are safe. I was initially a skeptic myself, as was Magda Havas Ph.D., a professor who, in the video at the end of this article, discusses the health benefits of using electromagnetic field (EMF) filters.

At first I intellectually acknowledged there might be cause for concern, but I thought I could simply sidestep any danger by living a healthy lifestyle. Then, about a year and a half ago, I attended a presentation by Havas and Dr. Dietrich Klinghardt, which served as a powerful catalyst for changing my views – to the point I started taking aggressive steps to remediate and lower my exposure to EMFs.

Delving Into the Research

Havas is an associate professor at Trent University in Canada. Initially, her research focus was acid rain and metal pollution. In 1990, while teaching a course called “Pollution Ecology” she decided to include electrosmog as well.

“I had heard that children who live near power lines have an increased risk of developing leukemia”, Havas says. “I thought this would be a different type of pollutant that I could introduce into the class. I update my lectures every year because the world of chemical toxicology changes so dramatically.

I began to look at the literature and found that it was really confusing. There were a lot of studies showing that, yes, children who live near power lines have a greater risk of developing various types of cancers … I felt it wasn’t time for me yet to enter this field because that wasn’t my area of expertise. My area of expertise was chemical toxicology.

One day, my husband was visiting his brother in Wales. They were walking the dog late at night near a nuclear power plant. They went under some high-voltage transmission lines. My brother-in-law was a chemical mechanical engineer. He whipped out a fluorescent tube from under his coat and held it up under the power line. It lit up.

My husband came back and told me about this, because he knew I was interested but had put it on hold. That evening I unscrewed one of the tubes from our kitchen, under the cabinets. I did the same thing near a high-voltage transmission line, and it lit up. That sort of intrigued me. I didn’t understand the physics of it. I do now, but it took me a while.

I asked a friend of mine, a physics professor at my university: ‘Do you think this could cause childhood leukemia?’ It was his response that really turned me onto this research. His response was, ‘Definitely not’. I think when you ask someone for their opinion about something, it’s really important to find out what that opinion is based on, so I just asked him.

He said, ‘There’s not enough energy. It’s not ionizing radiation. There’s not enough energy to cause cancer, so you have nothing to worry about’. That wasn’t a satisfactory answer. At that point, I decided that I was going to demolish the literature. I was going to go through absolutely everything very, very carefully, and figure out for myself whether I thought this was a real factor…”

It took her three years to conclude the EMF childhood leukemia link was real, albeit the effect is small. She then scoured the occupational literature, looking at people who work in high electromagnetic occupations. Again, the literature showed there was an increased risk of leukemia, but also brain tumors and breast cancer.

From there, she began to look at natural EMFs to find out how the human body reacts to them. “I went from childhood leukemia, some residential exposure, to occupational exposure, to natural electromagnetic fields”, she says. “And then a friend of mine suggested I look at the healing effects of electromagnetic therapies.”

At this point, there didn’t appear to be a predictable pattern to the effects she was finding. This finally changed once she delved into the research on pulsed electromagnetic fields (PEMF) to heal bone fractures. This is a well-established therapy that has been used since the 1960s. One of the documents stated PEMF should not be used on cancer patients, although it didn’t specify why.

“What PEMF therapy does among other things is it increases cell division. When you have increased cell division in bone, that’s good, because it’s going to promote healing. But if you have increased cell division of cancerous cells, then that’s not good. I sort of had an ‘aha’ moment.
At that point, I realized that low-frequency EMFs can cause cancer and can definitely promote the growth of cancer. Since then, the research is just basically supporting all of that information. I went from studying extremely low frequency EMFs to doing research, and introducing it into my courses.”

Dirty Electricity Can Have Marked Effect on Behavior 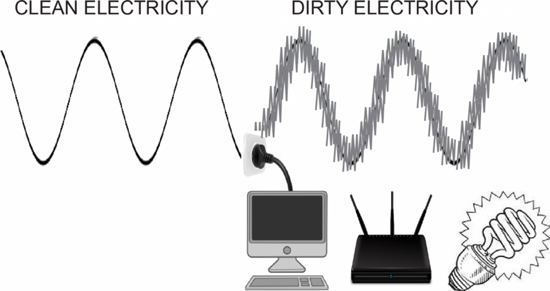 Around 2003, Havas was approached by a mother whose daughter was electrically hypersensitive. She asked Havas to conduct a study at the daughter’s school, to evaluate the effects of EMF filters such as the Stetzer filter, which reduce dirty electricity.

I’ve previously interviewed Dr. Sam Milham on this topic, so to learn more about the technical aspects of dirty electricity, see Dirty Electricity – Stealth Trigger of Disease Epidemics. At the time, Havas was unfamiliar with dirty electricity, but reluctantly agreed to conduct the experiment.

“I was very skeptical that you can put something in an electrical outlet and that would clean the electricity and everyone would be happy and healthy after that”, she says, noting that she really did not expect to find any effects of these filters.
“When I finally got to analyzing the data, I was absolutely shocked by what I found … At that time, electrical hypersensitivity was attributed to less than 1 percent of the population. We didn’t have a large enough sample size in the school. Even if one teacher was electrically hypersensitive, it wouldn’t show up, because we didn’t have a large enough sample size.

But we found that about 44 percent of the teachers improved while the filters were plugged in. We did a before and after, and because they didn’t know what was going on, it wasn’t a placebo effect. It was totally blinded. They thought we were evaluating their teaching ability. They had no idea what we were doing.

We told them we couldn’t tell them because it would affect the results. But at the end of the study, we’d reveal all the information. We had a custodian who plugged filters in on the weekend. These are just little boxes that you don’t really notice.

We did that study and found that teacher health improved, and student behavior improved. Many of the symptoms that improved in the school were those we associate with attention-deficit hyperactivity disorder. This was quite intriguing to me.”

After completing that experiment, Havas met Dave Stetzer, co-creator of the Graham-Stetzer filter (along with the late Dr. Martin Graham), and was able to learn more about his research first-hand. He told her he was prediabetic, and whenever he was in an environment with a lot of dirty power, his blood sugar increased.

Since blood sugar is an objective assessment, and something you cannot consciously control, Havas decided to study EMFs effects on diabetics. What she discovered was that if you’re Type 1 or Type 2 diabetic, and are electrically hypersensitive, then your blood sugar will increase if you’re exposed to dirty electricity.

I think one of the triggers is electromagnetic pollution, whether it’s dirty power or higher radio frequencies. One of the people we worked with was a woman in New York, who was a Type 2 diabetic. She didn’t take any medication … If she measured her blood sugar and it was high, she would take a 20-minute walk, and it would come down to a normal, acceptable level.

On days when it rained or she didn’t feel like walking outside, she would walk on an electric treadmill. Whenever she walked on the treadmill, her blood sugar actually skyrocketed, went way up, which is not what you would expect.

One of the things doctors recommend is exercise for their patients. They don’t distinguish between walking outside or walking on a treadmill, but treadmills give off dirty power. They also have a high magnetic field.
So, if you’re a diabetic and you’re electrically hypersensitive, you might actually do more damage to your body because of the stress the electrosmog generates in the body. Hence, your blood sugar goes up.”

Another school experienced a dramatic reduction in asthma attacks, and the principal, who had multiple sclerosis (MS), improved almost immediately once Stetzer filters were installed. Intrigued, Havas started working with people diagnosed with MS. In the video, she shares a number of stories from her case files, some of which are rather dramatic. Here’s one example:

“A woman told me, ‘Tell me when you’re coming for the interview and the measurements. I’ll leave the door open. Just knock and come in because it’ll take me too long to walk to the door to open it for you.’ That particular woman, within six weeks, was not only able to walk without any assistance and open the door. She told me she actually went on a vacation with her husband and was dancing.

I kept thinking, ‘No one’s going to believe me, because I could barely believe my own eyes’ … I began to videotape these individuals. The videotape was my proof … Many different types of MS benefited. Not everyone we tested benefited, but the vast majority had some improvement, not only in their physical ability, but also their cognitive abilities. It was really quite obvious.”

MRI scans further showed that MS patients who had used EMF filters for several years had a decrease in the sclerosis in the brain. Not only did filtering EMFs improve the symptoms, but it actually allowed the body to heal itself. Results of this investigation into the effects of EMF on MS were published in 2006.

Conditions That Increase Your Risk of Electromagnetic Hypersensitivity

Havas became very interested in finding out how to diagnose electromagnetic hypersensitivity (EHS), which is recognized by the World Health Organization. (EHS is also sometimes referred to as idiopathic environmental intolerance, meaning the cause is unknown.) According to Havas, a number of conditions can increase your risk of EHS, including:

The Third Fatima Prophecy (Undisclosed by the Vatican) (2)