The Ultimate Weapon of Mass Destruction: ‘Owning the Weather’ for Military Use (2)

HAARP has been operational since the early 1990s. Its system of antennas at Gakona, Alaska, was initially based on a technology patented by Advanced Power Technologies Inc. (APTI), a subsidiary of Atlantic Ritchfield Corporation (ARCO). 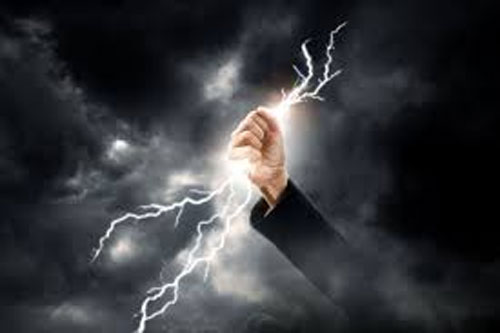 The first phase of the HAARP Ionospheric Research Instrument (IRI) was completed by APTI. The IRI system of antennas was first installed in 1992 by a subsidiary of British Aerospace Systems (BAES) using the APTI patent. The antennas beam into the outer-atmosphere using a set of wireless high frequency transmitters.

In 1994, ARCO sold its APTI subsidiary, including the patents and the second phase construction contract to E-Systems, a secretive high tech military outfit with links to the CIA – E-Systems specializes in the production of electronic warfare equipment, navigation and reconnaissance machinery, including “highly sophisticated spying devices”:
“[E-Systems] is one of the biggest intelligence contractors in the world, doing work for the CIA, defense intelligence organizations, and others. US$1.8 billion of their annual sales are to these organizations, with $800 million for black projects-projects so secret that even the United States Congress isn’t told how the money is being spent. The company has outfitted such military projects as the Doomsday Plan (the system that allows the President to manage a nuclear war) and Operation Desert Storm.” – Princeton Review.

With the purchase of APTI, E-Systems acquired the strategic weather warfare technology and patent rights, including Bernard J. Eastlund’s US Patent No: 4,686,605 entitled Method and Apparatus for Altering a Region in the Earth’s Atmosphere, Ionosphere and/or Magnetosphere.
It is worth mentioning that the Eastlund /APTI patents were based on the research of Yugoslav scientist Nicola Tesla (many of whose ideas were stolen by US corporations).

Eastlund described this deadly technology as capable of: “causing… total disruption of communications over a very large portion of the Earth… missile or aircraft destruction, deflection or confusion… weather modification…”

Not surprisingly, the patent had previously been sealed under a government secrecy order. Barely a year following the E-Systems purchase of APTI’s weather warfare technology, E-Systems was bought out by Raytheon, the fourth largest US military contractor.

Through this money-spinning acquisition, Raytheon became the largest “defense electronics” firm in the World. Meanwhile, ARCO which had sold APTI to E-Systems, had itself been acquired by the BP-AMOCO oil consortium, thereby integrating the largest oil company in the World (BP).

Raytheon through its E-Systems subsidiary now owns the patents used to develop the HAARP weather warfare facility at Gakona Alaska. Raytheon is also involved in other areas of weather research for military use, including the activities of its subsidiary in Antarctica, Raytheon Polar Services.

“Owning the Weather”: Towards the Expanded Final Stage 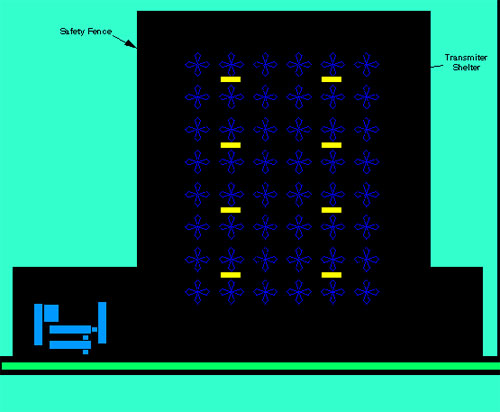 Bernard Eastlund in a 1997 interview described this antenna array in its Filled DP stage as the “the largest ionospheric heater ever built”.

This system of 48 antennas, however, while fully operational, was not according to Eastlund, powerful enough (in 1997) “to bring the ideas in his patents to fruition”: “But they’re getting up there”, he said. “This is a very powerful device. Especially if they go to the expanded stage.”

This ‘final expanded stage’ envisioned by Eastlund, which will provide maximum capability to manipulate the World’s weather patterns, has now been reached. Under the Bush administration, the main partner of Raytheon (which owns the patents) in the construction and development stage of the HAARP antenna array, is British Aerospace Systems (BAES), which had been involved in the initial installation of the antenna array in the early 1990s.

The multimillion dollar contract was granted by The Office of Naval Research to BAES in 2003, through its US subsidiary BAE Systems Advanced Technologies Inc. The contract was signed barely two months before the Anglo-American invasion of Iraq.

In April 2003, BAE Systems Advanced Technologies outsourced the production and installation of the antennas to Phazar Corp, a company specializing in advanced wireless antennas for military use. (Phazar owns Antenna Products Corporation of Mineral Wells, Texas). Phazar was entrusted with producing and installing 132 crossed dipole antennas items for the HAARP facility.

A year later, in April 2004, the final phase in the expansion of the HAARP facility was launched. (Dept of Defense, 19 April 2004). This phase consisted in equipping all the 180 antennas with high frequency transmitters. BAE Systems was awarded another lucrative contract, this time for $35 million.

In July 2004, Phazar had delivered and installed the 132 crossed dipole antennas including the antenna support structures and ground screen items at the HAARP facility, bringing the number of antennas from 48 under the FDP stage to 180.

Meanwhile, BAE Systems had contracted with Jersey based defense electronics firm DRS Technologies, Inc in an $11.5 million outsourcing arrangement, the production and installation of the high-frequency (HF) radio transmitters for the HAARP antenna array.

DRS specialize in a variety of leading edge products for the U.S. military and intelligence agencies.
Under its contract with BAE Systems Information and Electronic Warfare Systems in Washington, D.C., DRS is to manufacture and install “more than 60 Model D616G 10-Kilowatt Dual Transmitters” to be used with the HAARP system of antennas. (It is unclear from the company statements whether all the 180 antennas will be equipped with a transmitter, bringing the system up to full IRI capabilities).

Deliveries and installation were completed by July 2006. While HAARP is described as a “research project”, the production of the transmitters was entrusted to DRS’ C41 “Command, Control, Communications, Computers and Intelligence (C4I) Group”.

The images below describe the HAARP Alaska Facility in 1997. 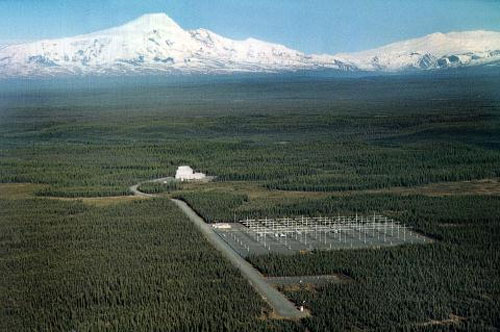 The 48 antenna array is supported by transmitter shelters, each of which contains 6 transmitter cabinets. Each cabinet contains two transmitters. The 132 dipole antennas supplied by Phazar vastly increased the size of the HAARP Alaska facility. 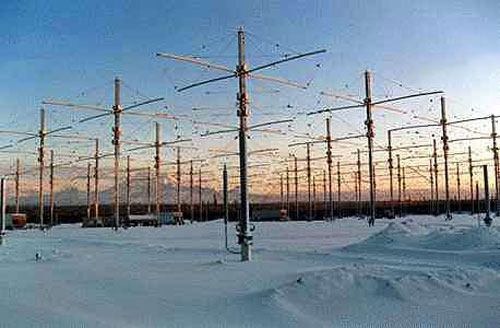 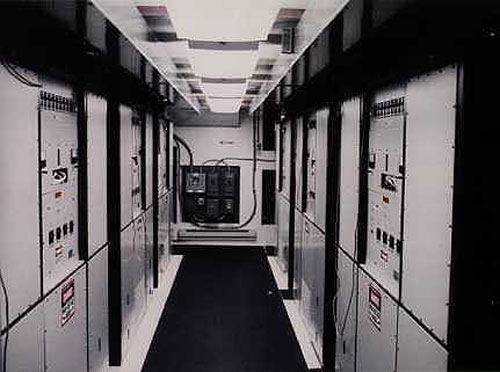 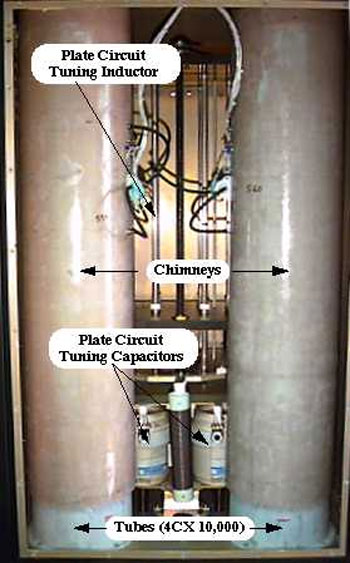 Inside the Transmitter Shelter

It is worth noting that the expansion of the antenna array (e.g. during 2003-2004) required, as part of the contracts reached with BAE Systems and its various subcontractors, the routine testing of the installed weather warfare equipment.
An intermediate stage Limited IRI (LIRI), could be in operation by 2004, following the completion of the 180 antenna array under the Phazar contract and pending the final delivery of the remaining HF radio transmitters.

In this regard, a report published by the Russian parliament (Duma) in 2002, suggests that the US Military had plans to test its weather modification techniques at its Alaska facility, as well as at two other sites:
“The committees reported that the USA is planning to test three facilities of this kind. One of them is located on the military testing ground in Alaska and its full-scale tests are to begin in early 2003. The second one is in Greenland and the third one in Norway.
When these facilities are launched into space from Norway, Alaska and Greenland, a closed contour will be created with a truly fantastic integral potential for influencing the near-Earth medium”.

The USA plans to carry out large-scale scientific experiments under the HAARP program, and not controlled by the global community, will create weapons capable of breaking radio communication lines and equipment installed on spaceships and rockets, provoke serious accidents in electricity networks and in oil and gas pipelines and have a negative impact on the mental health of people populating entire regions, the deputies said.

Whether this report by the Russian Duma on testing “starting in early 2003” is correct or not, the US administration must be confronted nationally and internationally, at the political and diplomatic levels, at the UN and the US Congress, by the international scientific community, by environmentalists and the antiwar movement. The future of humanity is threatened by the use of weather modification techniques.

Moreover, to wage an effective campaign, it is essential that corroborating scientific investigation of the unusual weather occurrences observed in recent years (and particularly since early 2003) be undertaken.
This investigation should be far-reaching, collecting relevant data, correlating specific weather occurrences to recorded antenna activity at the Alaska site as well as at the two other sites, etc. 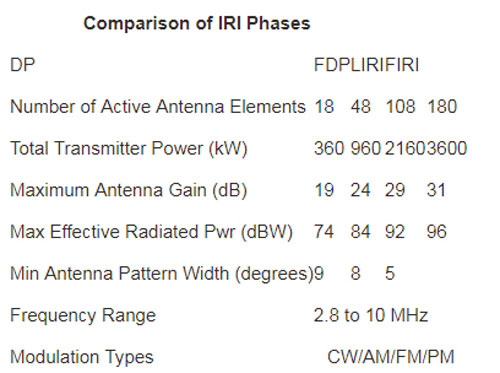 The Full Size Ionospheric Research Instrument FIRI stage, described as “a maximum size of 180 antenna elements, arranged in 15 columns by 12 rows” was completed by mid-2006, at which time the HAARP program had reached its maximum FIRI capacity, meaning the ability to selectively modify, for military use, weather patterns anywhere in the World.

“The IRI is currently [June 2004] composed of 48 antenna elements and has a power capacity of 960,000 watts. When installed, the additional 132 transmitters will give HAARP a 3.6 mega-watt capacity [see Table 2 below]. The HAARP build-out is jointly funded by the U.S. Air Force, the U.S. Navy and the Defense Advanced Research Projects Agency (DARPA).” (Business Wire, June 2004)

This advanced stage of full capacity (FIRI) corresponds to what the US Air Force has called “Owning the Weather”: “US aerospace forces [will] ‘own the weather’ by capitalizing on emerging technologies and focusing development of those technologies to war-fighting applications.

From enhancing friendly operations or disrupting those of the enemy via small-scale tailoring of natural weather patterns to complete dominance of global communications and counterspace control, weather-modification offers the war fighter a wide-range of possible options to defeat or coerce an adversary…

In the United States, weather-modification will likely become a part of national security policy with both domestic and international applications. Our government will pursue such a policy, depending on its interests, at various levels.” – (Air University of the US Air Force, AF 2025 Final Report).