The Ultimate Weapon of Mass Destruction: ‘Owning the Weather’ for Military Use (3)

The unusual climatic occurrences in the US and Western Europe have been extensively documented.
However, what the news media has failed to underscore is that a number of unusual and dramatic climatic changes have occurred in recent years in countries which are identified as possible targets under the US Administration’s pre-emptive war doctrine. 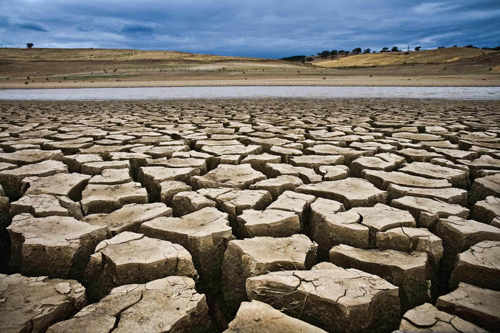 Weather patterns in North Korea, for instance, have been marked since the mid-1990s by a succession of droughts, followed by floods. The result has been the destruction of an entire agricultural system. In Cuba, the pattern is very similar to that observed in North Korea.

In Iraq, Iran and Syria, a devastating drought occurred in 1999. In Afghanistan, four years of drought in the years preceding the US led invasion in 2001, have led to the destruction of the peasant economy, leading to widespread famine.

While there is no proof that these weather occurrences are the result of climatic warfare, Phillips Geophysics Lab, which is a partner in the HAARP project provides a course for military personnel at the Hanscom Air Force Base in Maryland, on “Weather Modification Techniques”. The course outline explicitly contemplates the triggering of storms, hurricanes, etc. for military use.

Weather manipulation is the pre-emptive weapon par excellence. It can be directed against enemy countries or even “friendly nations”, without their knowledge. Weather warfare constitutes a covert form of pre-emptive war.

The manipulation of climate can be used to destabilize an enemy’s economy, ecosystem and agriculture (e.g. North Korea or Cuba). Needless to say it can trigger havoc in financial and commodity markets and can potentially be used as an instrument of “insider trade” for financial gain. It has the ability of destabilizing a country’s institutions.

Concurrently, the disruption in agriculture creates a greater dependency on food aid and imported grain staples from the US and other Western countries.
The Bush administration has stated that it reserves the right to attack these countries preemptively, with a view to ensuring the security of the American homeland.

Washington – as part of its nuclear posture review – has threatened several countries including China and Russia with pre-emptive nuclear strikes. One would assume that the same targeting of rogue states exists with regard to the use of “weather modification techniques”.

While there is no evidence of the use of weather warfare against rogue states, the policy guidelines on “weather intervention techniques” have already been established and the technology is fully operational.

Recurrent flooding and drought often in the same year has hit North Korea since 1995, 220,000 people died in the ensuing famine, according to Pyongyang’s own figures. U.S. figures place the number of deaths resulting from famine at 2 million.
The first major flooding occurred in 1995.

There were floods and drought in 1999. The serious water shortage resulting from the 1999 drought was conducive to the destruction of crops.
“The temperature of water in rice fields goes beyond 40 degrees and the tall rice plants fresh from the rice seedling beds are withering. In particular, nearly all after-crop maize seedlings and seeds are perishing,” it added.

In 2001, in June there was an extensive drought with rainfall just 10% of normal levels, which served to undermine agricultural crops. And then a few months later, in October, there were extensive flooding’s leading to the further destruction of rice harvests and a crisis situation in food distribution.

“Officials in Kangwon province – an area which already suffers food shortages – say the impact of the torrential rain and flooding has been devastating. The normal recorded rainfall for October should be around 20mm. But in the worst-affected areas 400mm (18 inches) of rain fell in just 12 hours.
It was the worst flooding we’ve had since records began in 1910,” said Kim Song Hwan, head of the government’s Flood Damage Rehabilitation Committee for the region. – (BBC, Oct. 23, 2001)

For several years Cuba has been affected by recurrent droughts. In 1998, rainfall in Eastern Cuba was at its lowest level since 1941.
A United Nations team estimated 539,000 people, 280,000 of them farmers, were directly affected by reduced availability of food or reduced income through production losses. 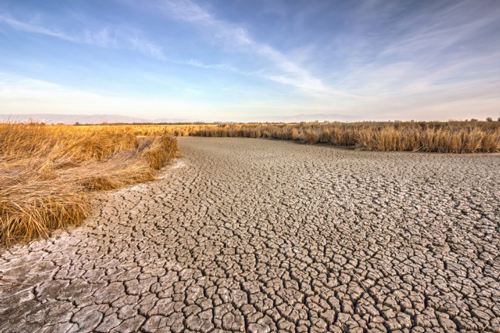 “Some reported effects are: hunger in areas; a loss of up to 14% of the sugar cane crop planted last year and a reduction in this spring’s planted crops, since rains were not sufficient for some seeds to germinate (which will reduce next year’s crop); as much as 42% losses in food staples such as root vegetables, beans, bananas, and rice in the five eastern provinces; and other important farming production losses.” – (UN Relief)

In 2003, a devastating drought hit the Western part of Cuba.
In 2004 May-June, the country is hit by the worst drought in its history: “A severe drought enveloping eastern Cuba has eroded 40 percent of the farmland, starved thousands of heads of cattle and has close to 4 million people counting every drop of water they consume.” The drought is described as the worst in 40 years.

“The drought has robbed underground water levels of some 10 feet over the past 10 years, leaving over 5,000 wells across the province dry,” said Leandro Bermudez, a geologist and the second man at Cuba’s National Institute of Hydraulic Resources. – (MSNBC, June 21, 2004)

The cities were running out of water. According to The Independent, “Drought is bringing Cuba to its knees”.

Unnoticed by the world, the longest dry period for decades has brought much of Cuba to its knees. Could the aim of this crisis be to finally destroy Fidel’s revolution?
“All across central and eastern Cuba, farmers, ranchers, city dwellers and government officials are scrambling to deal with a punishing drought that began a decade ago and intensified in the last two years.

Although traditionally arid, the provinces of Holguin, Camaguey and Las Tunas hold some of Cuba’s finest pasture and farmland and have long been crucial to this communist nation’s dairy, beef and agricultural industries.
More than 12,500 cattle have died in Holguin alone in 2004 and milk production has fallen 20 percent. The price of beans, plantains, sweet potatoes and other staples has soared in private markets.

The drought has caused millions of dollars in losses and officials are spending millions more digging wells, building a water pipeline and taking other measures to try to ease the crisis – huge sums in an impoverished nation struggling through tough economic times and a battle with the United States.

Officials also have moved thousands of cattle to more fertile areas and are working furiously to finish a 32-mile pipeline that will draw water to Holguin city from Cuba’s largest river, the Cauto. The $5 million pipeline could be completed next month.” – (Chicago Tribune, July 29, 2004)

The above report date to September 2004, it was published before the hurricanes hit the Cuban coastline followed by torrential rains.

Afghanistan and the former Soviet Republics of Central Asia

The worst drought in Afghanistan history occurred in the three consecutive years prior to the onslaught of the US led invasion, from 1999 to 2001. The agricultural recovery of the 1990s, in the wake of the Soviet-Afghan war was brought to a standstill.

In the wake of the US led 2001 invasion, the United States supplied Afghanistan with genetically modified wheat and appropriate types of fertilizer to be used with the GM wheat, which was said to be high yield drought resistant.

The donation of GM wheat, however, also led to destabilizing the small peasant economy because the GM wheat varieties could not reproduced locally. In 2002, famines which were barely reported by the media, swept the country.
Similar although less severe conditions prevailed in the former Soviet republics of Kazakhstan, Kyrgyzstan, Tajikistan, Turkmenistan, and Uzbekistan.

Like Afghanistan, Tajikistan has had its infrastructure ruined by prolonged civil war with Muslim fundamentalists. Since then, the worst regional drought in 74 years has destroyed food crops over a large part of the nation, rendering almost half of the 6.2 million people in the country vulnerable to the threat of famine and disease, up from 3 million last year.

About the only portion of the economy that has been unaffected is the drug trade. Tajikistan is the transit route for 65 to 85 percent of heroin smuggled out of Afghanistan, the world’s largest producer.

Triggered by the lowest rainfall (2001) in living memory, vast tracts of Iran, Uzbekistan, Pakistan and Tajikistan are being reduced to desert as the water table sinks, long-established wells dry up and herds of livestock perish.

The crisis appears to fulfill alarming climate change predictions suggesting that states along the old Silk Road will experience steeper rises in temperature than any other region on earth. By the end of the century it will be 5C hotter in an area which regularly sees the thermometer soar above 40C.

The study, published by the Tyndall Centre for Climate Change Research at the University of East Anglia, predicted that Asian countries from Kazakhstan to Saudi Arabia will warm up more than twice as much as others.
“Several states,” the report added, “including Uzbekistan, Tajikistan, Afghanistan and Iran, are facing famine.”

In Tajikistan, the United Nations appealed for aid to avert disaster. “Substantial foreign aid is needed or else there will be a large-scale famine,” said Matthew Kahane, the UN’s humanitarian aid coordinator, speaking from the capital, Dushanbe.

“The country has had its lowest rainfall for 75 years. Families who survived last year by selling their cows and chickens now have no other means of coping. Some households have sold the glass out of their windows and the wooden beams from their roofs to raise money for food.” – (The Guardian, Oct. 30, 2001)

In 1999, Iraq suffered its worst drought of the century, with the effect of triggering an even greater dependence on imported grain under the oil for food program.
There was a drop of up to 70 percent in domestic yields of wheat, barley and other cereals, which served to further weaken the country’s economy, crippled by economic sanctions and the routine bombing by allied aircraft in the no-fly zones.
A similar (although less serious) situation prevailed in Syria and Iran, marked by significant declines in agricultural output.

How to Heal Your Digestive Problems Naturally (2)