The Vaccine Industry’s Biggest Threat? The Science of Wild Oregano Oil and the Diseases It Can Kill (2)


Oregano Oil Proven To Treat So Many Other Conditions 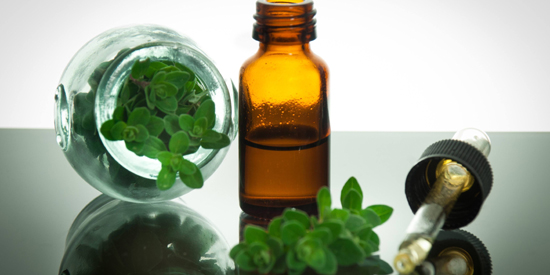 It’s very exciting to also know that oregano oil can treat a whole array of health problems that can often be very serious. In an article by Dr. Josh Axe he shared that there are over 800 (actually, the number at the time of writing this article is now well over 1,000) Pubmed studies showing the benefits of carvacrol (the healing part found in oregano oil), and other 583 studies on oregano oil for conditions such as:
– Bacterial infections;
– Fungal infections;
– Parasites;
– Viruses;
– Inflammation;
– Candida;
– Allergies;
– Tumors.

The video below shares an experiment a school student did to show that even tiny amounts of organic oregano oil killed more bacteria than the popular antibiotic amoxicillin:

Meningitis is one of the most feared infections a parent tends to be most concerned about their children getting. Whilst meningitis can be viral, fungal and parasitical, the most serious kind is bacterial meningitis. Meningitis often first appears as a cold or flu, and for some children (and adults) it can then turn into something very severe, and fast.

It is very important therefore to look for signs and seek help fast if needed. However, it would perhaps be wise to always use wild oregano oil when your child is showing signs of a cold, to help stop it from turning into something worse. The Neisseria strain of bacteria is thought to cause meningitis and oregano oil has been shown to destroy it. To show you how powerful pure essential oils in general are, lemon oil has been shown by French doctors to destroy meningitis in just 15 minutes.

For many parents, even the ones who have decided not to vaccinate their children, pertussis – which is known more commonly as whooping-cough – is one of the diseases they are often very concerned with and also very fearful of. It can certainly be serious in already unwell infants, and if you have ever seen any videos of babies suffering from whooping-cough, it is quite distressing to see.

However, with what we know about antibiotics which are failing, and causing further health problems, could the treatment of whooping-cough be a lot more effective – or could it even be prevented by the use of oregano oil? Whooping cough gives those affected a very dreadful thick mucus cough. Oregano oil can break down mucus as it’s a natural decongestant and antihistamine.

Whilst some natural doctors say that infants must not use oregano oil, Dr. Cass Ingram says as long as you use a wild crafted, edible oil, and use it correctly it is completely fine.

Because our world is so polluted these days, it seems lots of people often suffer with chest infections that can last for weeks. We can see it everywhere and it seems to be affecting people all over the world.
Oregano oil is one of the best things for chest infections and other respiratory issues, including asthma. Taken internally, applied to the feet or rubbed diluted on the chest, it can work incredibly quickly, within hours, to help with respiratory infections.

Winter of 2017-2018 has been a terrible flu season and we have seen so many people around the world, who have been very unwell.
However, despite the huge push for the flu vaccine, it simply did not give good results for keeping the flu at bay, or decreasing its severity. Many studies are showing that the flu vaccine, at best, is only “effective” against the flu in only 10% of people. Put in other words, the flu vaccine has a 90% failure rate.

However, using oregano oil offers far better results. The flu, also known as the Influenza virus is said to be ten times more virulent than that of the common cold, and requires a stronger dose of oregano oil to kill the virus. In studies with human cells, it was shown to have an effect of 99.7% of destroying the virus.

Oregano oil is also a mucolytic, and is brilliant at breaking up mucous, which is one of the most annoying afflictions of having a cold or flu. It therefore helps clear sinuses and breaks up the mucous – rather than suppressing it – in a chest cough.
There are people who have personally had phenomenal results with using oregano oil and they were ones of the few people who simply did not get the flu or even a bad cold. The trick is taking the right kind and taking it often throughout those days where you feel like something is kicking in. If the symptoms crop up again, then continue to take the oil until the symptoms go away.

Many people who don’t vaccinate themselves or their children in first world countries, often do so when they are travelling to third world countries, thinking that this is their only guarantee of not succumbing to disease when they are travelling. Travel vaccines are often given alongside several other types and this can be a very big knock to the immune system, and could make one more susceptible to illness whilst away.

However, if you took wild oregano oil daily, it may be excellent for keeping you resistant to illness. Wild oregano oil is also very good for treating diarrhea and keeping food poisoning at bay. It has been shown to destroy E.coli, strep and salmonella. The FDA even published research in the Journal of Food Protection (1999) that proves this.

Malaria is a huge issue globally. It is estimated that approximately 212 million cases of malaria, with close to 430,000 deaths occurred in 2015, with African countries suffering the most. Common treatment for malaria is with very strong drugs to kill the parasite that mosquitos can carry. These drugs have risks (including causing heart issues and worse, death) and patients are recommended to be screened (some should have blood tests) before treatment, but it’s highly unlikely this is being done throughout the third world, so it may be a fair question to ask: could these drugs be causing deaths in numbers greater than what we are told? You can also experience bad side effects from anti-malarial drugs. They are also being linked to causing depression.

It’s interesting to know that Oregano oil and it’s compounds showed anti-malarial qualities, which makes sense because it’s a proven anti-parasitic substance. Neem oil also has shown impressive results in the treatment of malaria.
In the third world, treatment for malaria is often with nothing, or with the malarial drugs. However, perhaps it would be much more effective, cheaper and less risky to use some of these natural oils that have far more of a positive effect with less side effects.

There are many brands of oregano oil, but sadly they are not always what you pay for. Many are now being grown with GMO method (it is believed up to 30% of oils on the market are) so you really have to source a wild crafted brand. There are some studies showing that oregano oil can harm the stomach, liver and heart, but this was not from a genuine, wild, edible source of oregano oil. Anything that is not 100% from nature is not the kind you should use.

Myths Regarding Infant Use of Wild Oregano Oil

Unfortunately there are myths floating around the internet often even by herbalists and naturopaths, that oregano oil can’t be used on children under the age of 7. This is only partly true, in that it’s all about the type and quality of oil that is used. If an essential oil is not pure, has been produced with GMO methods, then of course, it is not safe for children to use.

However, if it is a true edible spice oil, like a formula diluted with olive oil, then it is highly recommended to be used for many illnesses, even on babies 6 months and up.
World-renowned oregano pioneer Dr. Cass Ingram was asked if he felt that children under the age of 7 should not use oregano oil. He said: “The spice oil oregano, the true wild spice-source, high-mountain grown, is safe for all ages and is surely safe for both topical use and in tiny amounts internal use for one year-olds-plus. It has been used, traditionally, in Turkey for respiratory issues in children for centuries”.

As long the original oil is used, it is acceptable and safe. Hopefully that clears up the rumor that oregano oil should not be used in children. Many children are missing out on its amazing benefits because of this rumor. There is on the market authentic wild oregano oil mixed with olive oil, so with this in mind, do not give small children other oregano products internally.

It’s important to also remember that we have a medical system that says is recommended to give children many doses of antibiotics, regular doses of Tylenol, and of course, that it’s fine to give many multiple doses of toxic vaccines at once. They never discuss the long-term effects of these on children.
Remember: there have been no deaths from effects of oregano oil so hopefully this puts the use of it on infants and children into perspective.

Guide: How to Use Oregano Oil 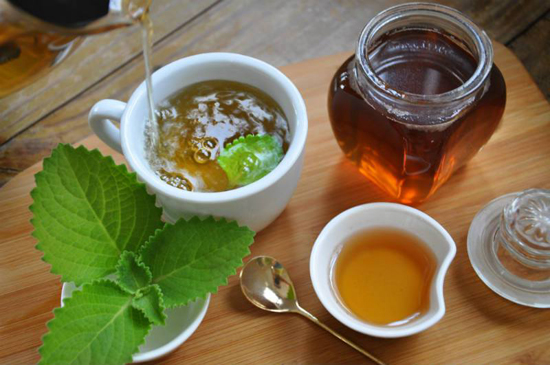 It’s vital to know how to use the oil for it to be most effective. Below is a short guide, written by Dr. Cass Ingram for you to follow:

– 1 drop of wild crafted oregano oil in milk or juice, once a day (kids may not like the taste, in this case try other methods as listed below);
– can be used like this for 1-10 days, but do not exceed 10 days of use;
– for children with chest congestion, cold or fever, rub oil of oregano on the bottom of the feet at bedtime. Cover feet with socks (2-3 drops per foot).

– 1 drop of oregano oil in milk or juice (or can be mixed with honey on a spoon to cover the taste) once per day with a meal;
– kids over the age of 2 can use this for more than 10 days;
– for kids with cold or fever, rub oregano oil on bottom of feet at bedtime, 4 drops per foot;
– for chest congestion, cold or fever rub 3 drops of oregano oil and 3 drops of rosemary oil to a teaspoon of carrier oil and rub over the chest and throat area. Be careful child does not rub the oil into their eyes. It can sting!

You can also make your own rubbing oil to use on children, as a preventive and also when they are suffering from colds etc. Use it at least twice a day when they are ill. Because of the strong smell of oregano oil, it is a good idea to add other organic essential oils, like lavender, to make the scent much more pleasant to children. As stated previously, be very careful of your children getting any oil on their fingers as they can then put in their eyes which will burn.

Adults can use higher doses for themselves – consult the book The Cure Is In The Cupboard for recommendations of how much to use.
Search for companies who source their hand-picked oregano from its native place, high up on the Mediterranean mountains, a true wild, and edible oil.

If you are interested in learning more about oregano oil, the following books are recommended: The Cure Is In The Cupboard and The Miracle of Wild Oregano Oil, both by Dr. Cass Ingram.
You can see why this oil is a huge threat to the drug companies, imagine if we all started using this instead of their products, it would cause them to go out of business overnight.

Thought-Provoking Illustrations That Reflect the Absurdities of Modern Culture