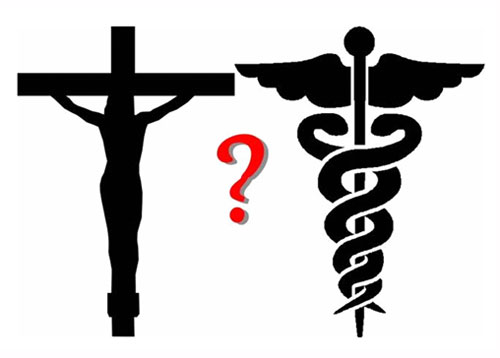 The entire population of the United States of America, 325,938,309 (as of April 10, 2017) now lives within, and under the control and mandates of a federally-declared and “imperially-mandated” religious belief system impacting everyone, especially when it comes to preventive health issues. “How so?” readers are probably asking.

The current “vaccine-mandate” police state is just one example confirming that status!
Vaccines and their erroneous pseudoscience and fraudulent licensing shenanigans within the U.S. Centers for Disease Control and Prevention and the U.S. Food and Drug Administration indicate vaccines are a belief system rather than an academically-sound medical science. Vaccine zealotry is nothing short of religious-like fervor and beliefs forced upon everyone regardless of race, gender and age.

Such totalitarian-like practices emanated from religious-like belief systems imposed upon vassals during the Middle Ages, which should not be tolerated within USA law and, specifically, within medical ethics. Why? The U.S. Constitution declares there is separation between religion(s) and government/ governance – the state! How many legal actions have been filed to demonstrate that divide?

Those who do not wish to be impacted by what they consider religious beliefs counter to theirs or feel they have their rights to self-determination abrogated by either state or federal government, commonly file lawsuits challenging the separation of religion and state. However, with vaccine religious beliefs and “sacred cow” practices upheld by Congress, federal agencies, states and school districts, something definitely is wrong!

No rights exist for protesting the vaccine religion!
To understand the realistic politics of vaccines, one only has to consider the statement Attorney Robert F. Kennedy Jr. made to Roger Ailes about getting him (Kennedy) onto one of Fox’s shows to talk about vaccines. Kennedy said, “I just want to go on one of your shows. Nobody will allow me to talk about this or debate me.” To which Ailes replied, “I can’t allow you on any of them. I’d have to fire any of my hosts that allowed you on my station. My news division gets up to 70% of advertising revenues during non-election years from the pharmaceutical companies.”

What can we take away from Roger Ailes remarks? I think one safely can assume Big Pharma have a controlling stake to keep the unfavorable and sordid facts about vaccines and their pseudoscience, which would threaten their bottom lines, away from ever-trusting, and even gullible, healthcare consumers.

When vaccine makers produce products, which negatively and harmfully impact innocent children and adults, the media, vaccine zealots and acolytes demand everyone – bar none – must adhere to and practice their vaccine religious beliefs. Isn’t it time to take a stand against the imposition of a federally-created religious belief system the CDC/FDA force the USA’s population to adhere to and practice? 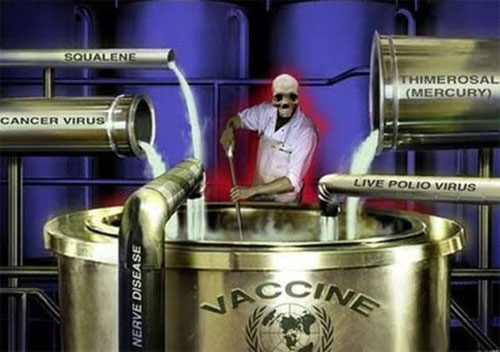 The gravitas of the Corporatocracy stranglehold civilians live under in the United States is exemplified by the untenable police state actions taken April 9, 2017 by United Airlines when United Airlines’ police “goons” forcibly removed a physician from their aircraft because he would not “voluntarily” give up his seat, which he obviously had paid for. Here is documentation of the seriousness of that police state-like action.

United Airlines stock suffered nicely – lost $250 million of its market value in one day – as a result of its totalitarian-police-state tactics it pulled off on an unsuspecting passenger. How can consumers effectuate similar financial losses for Big Pharma’s draconian push to poison us with their chemical jabs?

The United Airlines face-smashing, forceful removal of an apparently-unconscious man will be viewed as “nothing” compared with what can, or will happen, to those who refuse vaccines for themselves or their children! Don’t believe that? Well, back in August of 2016 the CDC proposed draconian regulations regarding vaccines, quarantines and fines between $250,000 and $500,000 with no recourse at law, as documented in the CDC’s website.

Corporate religious belief systems often can be more “powerful” than we even can imagine.

The problem is there are too many PhDs, and not enough ethical medical doctors, making decisions within the CDC and FDA.

Members of Congress, who should know better, always have their hands outstretched toward corporate larders to fund upcoming reelection campaigns, rather than seeking equitable best interests for their constituents they supposedly represent. Corporations rule the day!

No corporate religious belief system – or culture – is as powerfully pushed onto federal and state agencies, plus lawmakers’ decision-making processes, as pervasively as Big Pharma’s ideological vaccine belief system they portray as “science”, whereas certifiable fraud exists at almost every turn of vaccine licensure quests. Who writes and/or produces those studies and trials?

Big Pharma’s “holy water” flows in the form of financial outlays to elected officials, which should be considered a “mortal sin” of politics and politicking.
The U. S. Constitution mandates separation of church, i.e., religious belief, and state.

Shouldn’t citizens who don’t believe in unscientific, fraudulent and perverted vaccine pap religion demand the church of vaccinology and the religion of vaccine pseudoscience be subjugated and placed in a proper perspective with regard to acting in a fascist, police state manner of imposing their religion on all citizens and ruining countless children’s lives?

Why has the Vaccine Court paid out $3,637,874,340.58 – that’s more than 3 billion and a half US dollars – for vaccine damage claims and legal fees if Big Pharma’s religion were true to its propaganda of “safe”? Didn’t the U.S. Supreme Court discuss vaccines as “unavoidably unsafe products” in Bruesewitz vs. Wyeth? The court affirmed that vaccine manufacturers are not liable for vaccine-induced injury or death if the vaccines are “accompanied by proper directions and warnings”.