Paul Hellyer, Canada’s former Minister of Defence, has been creating awareness about the fact that we are not alone, and that an extraterrestrial presence has been identified by the nations of this world. For those who are still unaware that there is actually, using the worlds of ex-astronaut and Princeton Physics professor Dr. Brian O’Leary, “abundant evidence that we are being visited,” it would be easy to label Hellyer as “crazy.” 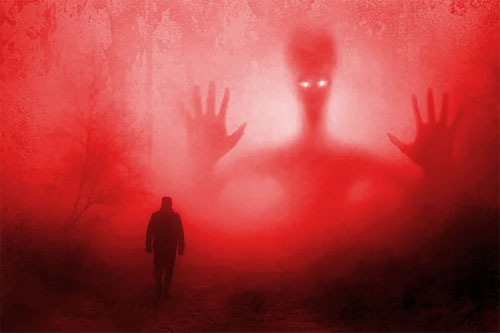 But for anybody reading this, just know that there are hundreds of high ranking people from within the military, politics, academia and more who are doing the same as Hellyer. He is not alone, but in the company of many who have and do roam the highest levels of government and defence.

“There is a serious possibility that we are being visited and have been visited for many years by people from outer space, from other civilizations. This should be the subject of rigorous scientific investigation and not the subject of ‘rubbishing’ by tabloid newspapers.” – Lord Admiral Hill-Norton, Former Chief of Defence Staff, 5 Star Admiral of the Royal Navy, Chairman of the NATO Military Committee.

In the interview below with Motherboard, Hellyer details a personal story which involved himself and his nephew. Keep in mind, there are hundreds of these high ranking individuals, from presidents, to four star Generals, to Defence Ministers around the world and more who have all made some eye-opening statements. Hellyer is the first from the G8 countries of cabinet rank to speak publicly about it.

He goes on to speak of a conversation he had with his nephew about the book, who in turn had another conversation with a United States Air Force general stating that the General said, “every word of it is true and more.”

Hellyer then goes on to explain how he himself then phoned the general and said, “before I could even say hello and how are you, he said ‘every word of it is true and more.’ And he said there had in fact been face to face meetings between United States officials and extraterrestrials from other Star Systems.”

Again, stories like this from credible people have spread their way into the mainstream. It’s not really a fringe topic anymore. The only thing that worries is the “spin” corporate media could put on it, given the fact that they seem to do that with so many stories in all fields, from politics and science.