This Man Healed 5,000 People from Cancer


His recipe kills tumors in 90 days 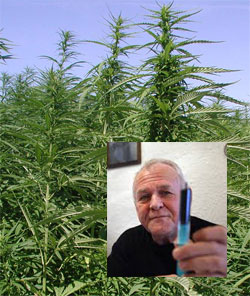 Rick Simpson was diagnosed with skin cancer in 2002 and fought his disease using this miraculous treatment, which he has since used to cure 5,000 other people.

The mechanical engineer and a self-taught doctor is one of the world’s leading activists for the legalization of hemp oil which he claims is “the best cure there is” for cancer as well as a variety of serious health issues, like diabetes, arteriosclerosis, multiple sclerosis, epilepsy, asthma and psoriasis.

Hemp or cannabis oil was used for centuries until it was banned in the 1930s due to the rise of the billion-dollar pharmaceutical industry, with hemp also threatening the timber industry as a renewable alternative to paper, as well as being a natural and biodegradable alternative to the newly-founded synthetic fiber and plastics, that could also be used to make fuel, textiles or even food.

Health Food Resouces reports: “He attended a debate organized in Belgrade, the capital of Serbia, on this topic. He states that hemp or cannabis oil can cure a vast variety of serious health issues, like diabetes, arteriosclerosis, multiple sclerosis, epilepsy, asthma, psoriasis, as well as some of the deadliest forms of cancer.”

Rick recounted his story to the Serbian magazine Telegraph:
“I always tell people: Cannabis will cure you, and you will see that at present, it is the best cure there is in the world!” 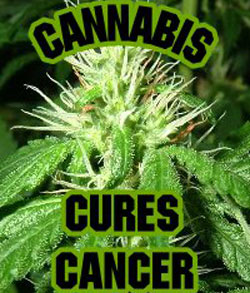 He began his story: “It was 2002. The doctors had given up on me because I’d had more than one unsuccessful operation on three pigmented lesions on my face’s skin. As soon as these were removed, they would reappear even more infected! Since I had been studying plants as a hobby for years, one day as I was looking at my wounds in the mirror, I remembered a study from the University of Virginia that said that THC, an active component of cannabis could cure cancer. I took some cannabis oil I had prepared beforehand from the cabinet and dripped a few drops directly on the wound.”

No significant results could be noticed at first. He bandaged his wounds again after applying the oil and waited for few days.

Then, he went on: “After four days I removed the bandages and I couldn’t believe my eyes! The wound was no longer there, and my skin was regenerated! I immediately started talking to people about how I had cured skin cancer with cannabis oil… Everyone laughed at me, but then eleven and a half years have passed, and the cancer still hasn’t returned.”

From then on, Simpson decided to help people in need for this cure, and his work resulted in thousands of cases effectively solved. His last case was an 80-year-old man who was dying from lung cancer.

“The man was all swollen from chemotherapy, open wounds on his legs and was barely breathing! After the doctors had given him no more than 48 hours, his son brought him to me. As I had recommended cannabis oil therapy, the young man had also consulted his father’s doctor. The doctor, of course, rejected such treatment, so in the end the young man took the oil from me, soaked a small cracker in it and gave it to his father.”

In less than thirty minutes, the old man finally started breathing normally again and his breathing completely stabilized during the night.

“Although the doctors ‘explained’ that before death, his vital functions would return briefly, his son didn’t want to wait any longer so he checked his father out of the hospital the next morning. He also stopped all of his father’s prescribed therapy. After six weeks of cannabis oil treatment, the old man no longer needed insulin, and after three months he was completely cured from cancer”, says Rick. 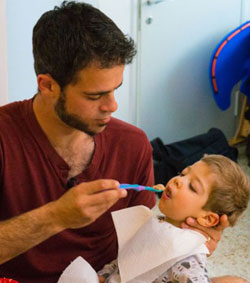 Moreover, he stated that cannabis oil therapy is equally effective in all cases, for it knows no age limit. It can even be given to babies.

In order to supply fresh raw ingredients for his hemp oil, Rick soon started growing marijuana, but his field was raided four times in three years by the police. People who publicly claim to cure cancer are threatened 5-40-year imprisonment, according to laws in North America.

So, Rick Simpson was imprisoned for four days in Canada in 2005, for cultivating, owning and selling marijuana. However, at one point he was liable for 12 year imprisonment. He was fined 2,000 dollars.

“The worst of all was that the jurors were people whose dearest I had cured with cannabis oil. Even the judge knew it was all a farce! At one point he even told me that I should be rewarded, instead of tried! All knew, and no one could do anything! They didn’t even allow ten patients I have cured to testify! They also didn’t allow the doctors to come out on the bench, nor me to show a pile of medical documents about the effects of my oil. If you don’t know the meaning of a ‘coward court’, go to Canada and you will see what I mean”, Rick Simpson claims.

Rick says that he has never sold weed, but only hemp oil, and as he was deeply disappointed by the Canadian government and corrupted doctors, he even put the recipe for hemp oil on the web page phoenixtears.ca. 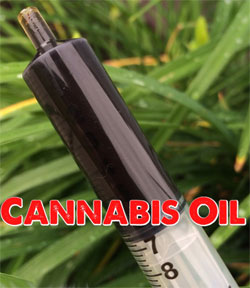 According to him, the preparation of this miraculous oil is extremely easy. Simpson’s treatment starts with several drops of hemp oil three times a day.

“The usual dose I give to cancer patients is 60 grams within 90 days. And it is never too late for the patient to start cannabis oil therapy. There isn’t such an excuse as ‘It is late’… If you ask me, if I approve of smoking marijuana, I will tell you it isn’t as effective as cannabis oil, but it is scientifically proven that people who smoke marijuana live six years longer than those who don’t.”

Moreover, he adds that as opposed to Europe, North America still puts a blind eye when it comes to legalization of cannabis. He believes that every country in the world should allow their citizens to cultivate and use cannabis for medical purposes. He also points out that pharmacies should be opened for those who can’t cultivate it.

“Little is known that cannabis has been used as one of the most healing remedies hundreds of years before Christ. In the ancient Persian religious scripts, which among other things describe the most healing medicinal plants, cannabis takes the first place”, concludes Rick.

Rick Simpson says his struggle is all worth it, as his biggest wish and goal is to live in a world without cancer.