How does it come to be that our government can act so irrationally?
It’s a sham, you know, this fight with Russia. They have staged this long running passion play for the sole purpose of maximizing arms sales all over the world. For more than a half century, it has been a resounding success. 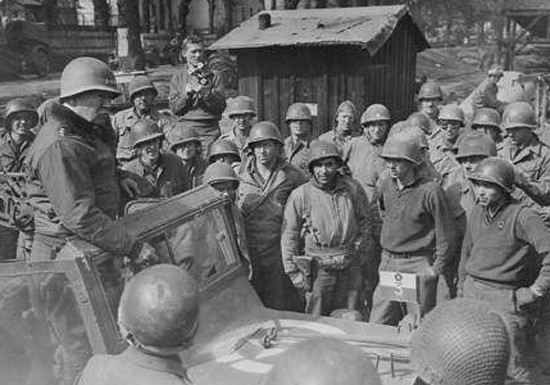 In World War 2 Patton’s U.S troops were held back so the Soviets could grab half of Europe, and thus began the very profitable Cold War which has essentially been in place ever since. Throughout the Vietnam era Nelson Rockefeller provided trucks for the Soviets who immediately shipped them to Southeast Asia for use against invading American troops. America provided the USSR with whole industries, and the Russians stole many of their factories from the smoldering ruins of Germany.

Why does no one ever ask why America and Britain sided with a government that by then had killed 50 million of its own citizens and instead went to war against a leader who was beloved by his people and loved them back?
There is an easy, obvious answer, but you and your buddies are afraid to give it for fear of what it will cost you. Because of that fear, we lost the future.

Our leaders are no better than scarecrows with heads made of straw. They are masters at sucking money from the corrupt.
No politician on either side of the aisle can be trusted on the important issues of the day because they all have sacrificed whatever degree of integrity they might have once possessed in order to even attempt to join the process of government. Some of them – Gowdy, Gabbard and Jones – ask relevant questions, but none of them and nobody else asks the big question: how can little Israel run the giant United States? And why has it run us into the ground?

We have sold our souls to the Khazarian Mafia, and for what? Food you can’t eat, air you can’t breathe, water you can’t drink, medicine that makes you sicker, and lawyers who’ll cheat you and split the pot with the judge and the opposition. And then there are our leaders who get huge amounts of money from the very rich which they hide in Grand Cayman, like Mitt Romney and Barack Obama, but nobody made more money than the Clintons, except maybe the Bushes, the Rothschilds and the Queen.

The real cost of warfare

Wars happen all the time simply because it is the most lucrative form of business, next to drug smuggling, which the government also controls.
What keeps us from killing each other is our agreement that working with each other is more productive than working against each other. But this means nothing if it’s all not voluntary. When it is not is when mass murders accumulate and individual liberty is lost in the inevitable barrage of imposed security measures. Working for peace is nowhere near as profitable as greasing the skids for war.

It’s hard to believe, or maybe it isn’t. But the facts on the ground are this: the terrorists in Syria are paid, either directly or indirectly, by the tax money Americans give to our government. Yes, you are paying for the gassing of Syrian children by people your government has hired for the job. So how do you feel when the crime is blamed on someone else? Do you participate in the lie? Or do you object to it? 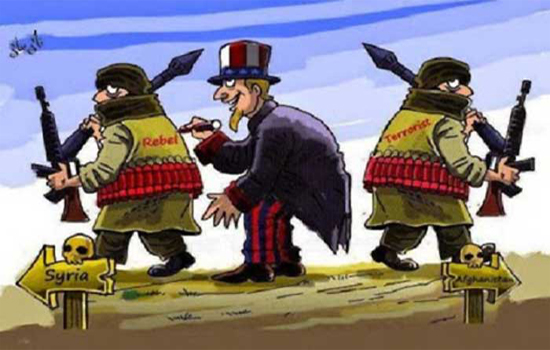 You see that the drive for dictatorship, the ultimate control, to be derived from the knowledge that virtually all humans are undependable. They are willing to steal from the business that employs them if they think they won’t be caught. This is what causes these draconian new laws, that and a corrupt government, which are paid by businesses to look the other way when laws are broken.

Hard days are coming. Goldman Sachs just determined that conventional medicine is not a profitable business model. We can only guess what the future will be.

Here’s what the forecasts say

The Khazarian mobsters have lost. The people they tried to turn into robots possess something the Khazarian satanic elite, because of their awful training as youths, can never have, can never appreciate and never acquire. And that would be something most humans naturally possess, which is precisely to care for another living creature that they have never met because they see that this person/animal/plant desperately needs their help, and providing that help can be one of the greatest pleasures of your entire life.

This is something the white supremacists have that blocks them from achieving their objective. Whites claim to be the only race to be concerned with the welfare of other races. The rest of the world obviously does not agree with this claim. It is this same kind of Jewish exceptionalism that neocon politicians trumpet ad nauseam. It has been adopted by the U.S. and has alienated every other nation on the planet. It has also made all American politicians to lie to their own people.

Defaming the memory of the living

A significant aspect of the Khazarian criminals’ destabilization template has been getting Americans to feel contempt for their own leaders. It has not been a difficult task. Back in the day, before intensified media scrutiny made such hijinks more difficult, JFK was linked romantically to the great beauties of the day, from Marilyn Monroe to the wife of a Mob boss. Bill Clinton’s fondness for women resulted in the deaths of 54 state troopers who conducted him to his activities. Barack Obama was totally gay yet not a word was said by Big Media because it was all part of the destabilization program. Yet Donald Trump’s roll in the hay with a stripper is considered cause for impeachment.

Trump’s whole term thus far has been an exercise in the destabilization template. Stripped of all his appointees, dogged by a special prosecutor pursuing a totally fabricated issue, and abandoned by most members of his own party, this flamboyant casino mogul will likely not last long.

Of course, if keeps slinging missiles around, none of us may last that long.
But we know about media by now. The Jews own virtually all avenues for broadcast and publication and have not so slowly erased negative information about themselves from the data base of the world.
And it’s not that we were ever so noble. Dictatorships appear because people are unruly, and if they are unproductive they need to be controlled.

Criminals above the law

The real terrorists are America’s leaders. They all work for the richest Khazars in the world. The minute they stop reporting what they are told to say, they’re out of a job. The minute politicians don’t follow orders, they get a bullet or a plane crash.

The political system in the United States very much resembles the permanently stalled narrative of Israel and the Palestinians. Nothing will be resolved; the dictates of the Deep State and the bottom line of the oil companies proceed on course like a giant ship cruising through the ocean that cannot change direction.

Syria is an obstacle to a pipeline that Deep State lunatics still believe can save the cyanotic petrodollar. It doesn’t matter to them how many people must die in order to complete the plan. The United States government is in shambles. There is no more talk of freedom, only security, only enemies. And only feeble false flag episodes whose explanations always fall apart under intense scrutiny.

It’s really disgustingly pathetic that our government should feign concern over chemical warfare victims when Washington was behind whomever did it, if it happened at all, which it most likely did not. Our president bombed anyway. This was a serious crime, the kind committed by U.S. leaders over and over again across time.

Donald Trump has just lit a match in a roomful of dynamite. Is he trying to start World War 3 so America can lose? But then it doesn’t matter who wins or loses WW3, because if it happens at all, we all lose.