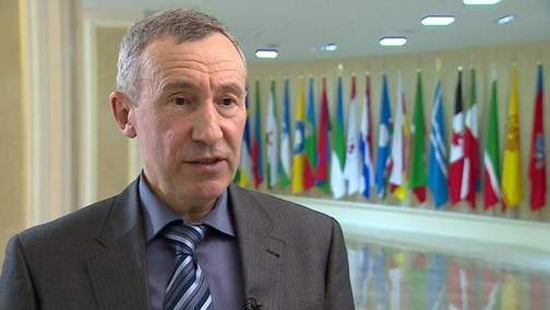 And it is Russia that gets a “special treatment” from the Americans, he added. “We are the only country in the world that is capable of giving the US an immediate tangible response, therefore meddling into our affairs will continue.”

The US is accusing “a dozen people” who have no connections to the Russian authorities, as part of the so-called Russiagate probe, Klimov pointed out. Meanwhile, “from 500 to 700 employees at the CIA headquarters, and thousands – in the State Department, the Pentagon and Congress are working on the Russian issue” he said.

The Senator also ridiculed attempts by Washington to support its own accusations of Russian meddling into the US 2016 election, by citing RT’s spending on advertising in the US “which amounted to no more than several dozen of thousands dollars”. This is “laughable” compared to the sums spent by Washington on meddling into other states, he said.

The Federal Council member also said that the “score isn’t in their [US] favor” when it comes to cyberattacks carried out from the territory of either country. Hacking attempts from Russia constituted just two or three percent of the total amount of cyberattacks on the US in 2017, while “cyberattacks from the US towards Russia amounted to 25-27 percent”. Every year the number of American hacking attempts increases multi-fold, Klimov added.

Another commission member, Senator Oleg Morozov, said that the US meddling into Russia’s internal affairs has been growing exponentially in recent years and is now affecting almost all fields of life.
He singled out non-governmental organizations as a “very interesting subject,” saying that the US has provided 72 billion rubles (over $1.2 billion) to NGOs in Russia in 2016.

“One state is actively infusing money into the life of another state under the pretext of creating a proper civil society here (in Russia), despite nobody asking it to do it. And it’s the American taxpayers who are paying for the creation of civil society institutions in our country”, Morozov said.

According to Russian law on NGOs, organizations that receive money from abroad can be classified as foreign agents, which makes it obligatory for them to file regular reports on their funding and activities. The Russian Justice Ministry put similar restrictions on six media outlets, including US-funded Voice of America and Radio Free Europe/Radio Liberty, in response to RT and Sputnik news agency being forced to register as foreign agents in the US.