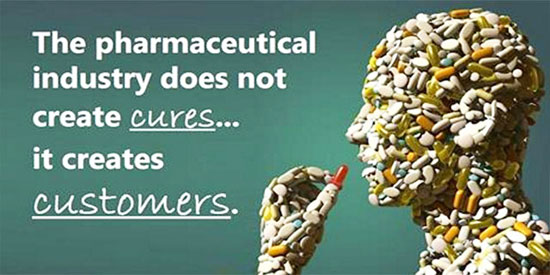 Health propaganda is pervasive. There are many misconceptions, omissions, distortions and lies surrounding the issue of health and medicine. Many are propagated by those who own Big Pharma (i.e. the Rockefellers and their ilk) who set the platform for Allopathy or Western Medicine to assume a monopoly and dominate healthcare (or more accurately “health management”) at the start of the XX century.

Unfortunately, much of this disinformation is unwittingly propagated by well-meaning parents who want their children to be healthy but simply don’t know how to see through all this health propaganda. The result is a population which has been trained to look outside of itself for healing, to depend on Government and Big Pharma to take care of its health, and to unquestioningly accept the opinion of their (Western) Doctor.

Meanwhile, epidemics of cancer, diabetes and neurodegenerative diseases (Parkinson’s, Alzheimer’s and dementia) rage throughout the US, Australia and many Western nations.

With that in mind, here is a collection of the top 10 pieces of modern-day propaganda in the area of health:

1. Human health is just dependent on chance and/or genetics

Gotcha! How many people have fallen for this one? The common themes behind both of these beliefs are fatalism and finding an excuse not to take responsibility. If humans are fated or destined to get disease, what’s the point trying to live healthfully? If they frequently succumb to bad luck with their health, why try? It someone is stuck with “bad genes” and that’s just the way it is, what’s the point?

“Epigenetics controls genes. Certain circumstances in life can cause genes to be silenced or expressed over time. In other words, they can be turned off (becoming dormant) or turned on (becoming active).

Epigenetics Is Everywhere. What you eat, where you live, who you interact with, when you sleep, how you exercise, even aging – all of these can eventually cause chemical modifications around the genes that will turn those genes on or off over time.

Additionally, in certain diseases such as cancer or Alzheimer’s, various genes will be switched into the opposite state, away from the normal/healthy state.

Epigenetics makes us unique. Even though we are all human, why do some of us have blonde hair or darker skin? Why do some of us hate the taste of mushrooms or eggplants? Why are some of us more sociable than others? The different combinations of genes that are turned on or off is what makes each one of us unique. Furthermore, there have been indications that some epigenetic changes can be inherited.ˮ

The point is this: people have control over which genes get expressed (activated) or suppressed (become dormant). In a sense, life is fragile. At the same time, humans are not just some powerless little speck of dust that has no choice or control over what happens, although it certainly suits those in authority for people to believe they are.

2. Everybody can always be cured by a magic pill from Big Pharma

False. This is a corollary from the first point above. If people fall into the trap of not taking responsibility for their health in all its aspects (physical, mental, emotional and spiritual) then they may tend to see the body like a machine or vehicle that needs repairing by a doctor-mechanic.

People may also tend to believe the lie that Big Pharma has a magic pill for everything, that this magic pill can solve all of people’s problems (without any side effects) and that even if Big Pharma doesn’t have a magic pill now, they’ll have one in the future.

However, one need only look at the shocking count of iatrogenic deaths in order to realize that Western Medicine is causing a lot of grave damage at the same time it treats people. These are deaths caused by Western doctor and Western medical methods. The number is around 225,000 per year according to Dr. Starfield in her 2000 study which makes it the third leading killer of Americans.

How can Big Pharma and Western Medicine ever create the “perfect cure” or the “cure for everything” when they are based on limited and materialistic scientific models that fail to understand the holographic and energetic nature of reality?

Besides, by buying and suppressing genuine cures, Big Pharma has shown that cares more about “treating” and “managing” disease (which is more profitable) than curing it (or healing it which is a whole other level).

3. Cancer is a terminal disease and isn’t curable 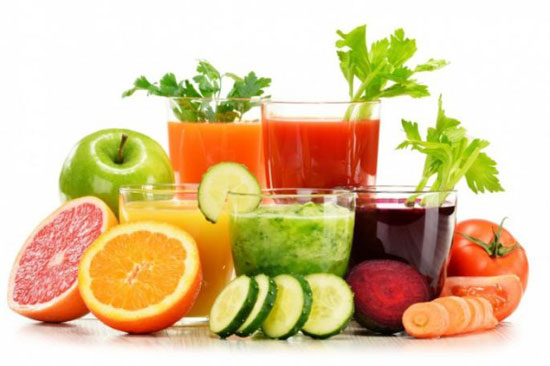 False! How many cancer survivors out there contradict his piece of modern day health propaganda? The number of effective and successful natural cancer remedies, cures and protocols is piling up.

There are so many now: laetrile/amygdalin/vitamin B17 (usually from apricot kernels), DCA, cannabis oil, salvestrols, graviola/soursop, the maple bicarbonate treatment, intravenous injections of sodium bicarbonate (or baking soda) as pioneered by the Italian Dr. Simoncini, the Budwig diet, cesium chloride, the Gerson Therapy, the Hoxsey Cure, Essiac Tea, the anti-neoplaston treatment of Dr. Stanislaw Burzynski and others.

CancerTutor.com is a great resource for those investigating it. Yes, getting cancer may be scary, but it’s important to know there are natural options outside of toxic chemotherapy and radiation where the cure is deadlier than the disease.

4. “Heart-Healthy Foods™” are good for the heart

Not always – and sometimes they are atrocious for the heart! This kind of toxic health propaganda is particularly insidious, since it fools people into thinking they are doing something good for themselves when they purchase packages with the symbol on it.

Heart-Healthy Food is a creation of the AHA (American Heart Association) who used the faulty research of Dr. Ancel Keys, the guy who rose to prominence in the 1950s (and was on the front cover of Time magazine) for promoting the false idea that saturated fats caused heart disease.

For the background to this health propaganda, read the article Plastic Oils vs. Saturated Fats: Busting the Propaganda.

AHA has dutifully spouted out the same line of disinformation ever since, claiming that because all saturated fats are “bad”, it’s therefore better to eat margarine instead of butter. This is equivalent to saying that hydrogenated and trans fats are healthier than natural fats from animal (e.g. dairy) and plant (coconut) sources.

Yes, the AHA also advocates a variety of fruits and vegetables, whole grains, and nuts and legumes, but its information has been skewed by the corporations funding it, who hawk “vegetable” oils (a deliberate misnomer which really means industrial seed oils).

Not true. The demonization of raw food makes sense when someone considers that the forces running the world are pushing people away from natural, juicy and vibrant ways of eating and living to synthetic, dry and dead ones.

When fear of a pathogen gets out of control, government authorities often respond with a sledgehammer where a fine tooth comb was needed. Look at how California is now required to pasteurize all their almonds by law.

Yes, eating raw increases the chances (although still tiny) of picking up some harmful bacteria, but it also increases the probability (to a level of certainty) of getting more nutrition and vitality out of the food! The raw diet is not for everyone, however there is little doubt that introducing more raw food into someone’s diet will increase their health.