Transgender Epidemic in ‘Feminine’ Boys Linked to Chemicals in Plastics 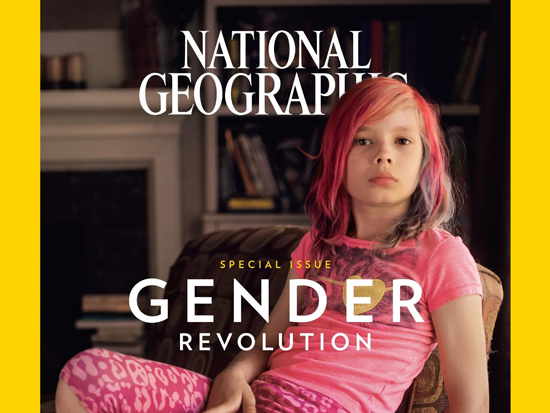 The current transgender epidemic in feminine boys has been linked back to chemicals in plastic that alters the brains of male babies, according to US researchers. Males exposed to high doses of chemicals from plastics in the womb became less likely to play with boys’ toys like cars or masculine “rough and tumble” games and opted for more feminine activities like dressing up or dolls.

The University of Rochester research raises concerns about the safety of phthalates found in vinyl flooring and PVC shower curtains, the finding is reported in the International Journal of Andrology.

It’s not just plastics though. Atrazine, one of the world’s most widely used pesticides, causes a huge disruption in the sex lives of adult male frogs, emasculating three-quarters of them and transforming them into females according to a study by the University of California, Berkeley biologists. BBC reports: “Now they say certain phthalates also impact on the developing brain, by knocking out the action of the male hormone testosterone.”

Dr. Shanna Swan and her team tested urine samples from mothers over midway through pregnancy for traces of phthalates. Males exposed to high doses of chemicals from plastics in the womb became less likely to play with boys’ toys. The women, who gave birth to 74 boys and 71 girls, were followed up when their children were aged four to seven and asked about the toys the youngsters played with and the games they enjoyed. Boys exposed to high levels of these chemicals in the womb were less likely than other boys to play with cars, trains or engage in “rougher” games like play fighting.

Elizabeth Salter-Green, director of the chemicals campaign group CHEM Trust, said the results were worrying. “We now know that phthalates, to which we are all constantly exposed, are extremely worrying from a health perspective, leading to disruption of male reproduction health and, it appears, male behavior too. This feminizing capacity of phthalates makes them true ‘gender benders’.”

She acknowledged that the boys who have been studied were still young, but she said reduced masculine play at this age might lead to other feminized developments in later life. But Tim Edgar, of the European Council for Plasticisers and Intermediates, said: “We need to get some scientific experts to look at this study in more detail before we can make a proper judgement.”

He said there were many different phthalates in use and the study concerned two of the less commonly used types that were on the EU candidate list as potentially hazardous and needing authorization for use. The British Plastics Federation said: “Chemical safety is of paramount importance to the plastics industry which has invested heavily in researching the substances it uses.
Moreover, the new European Chemical Regulation, REACH, will ensure further rigorous evaluation and testing or chemical substances and their uses.”