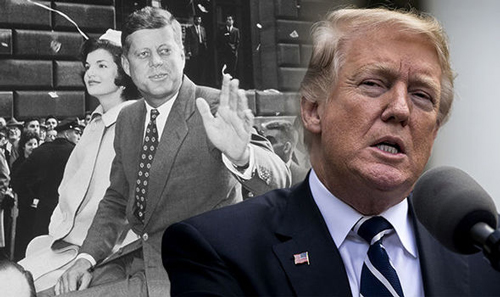 There’s a lot of talks about the “Deep State”, especially among supporters of President Trump, some of whom believe that this Deep State is working hard to destroy anyone loyal to Trump, both inside and outside of the government, and ultimately, Trump himself. General Flynn was forced to resign after a media scandal surrounding his contacts with Russian ambassadors – a scandal which, by most accounts, was highly exaggerated. After Flynn’s resignation, Trump supporter Mike Cernovich was on InfoWars with Alex Jones claiming that the Milo Yiannopolis scandal was also a “Deep State operation”.

The “Deep State” is aptly summed up by journalist Jefferson Morley in an article at Alternet: “The Deep State is shorthand for the nexus of secretive intelligence agencies whose leaders and policies are not much affected by changes in the White House or the Congress. While definitions vary, the Deep State includes the CIA, NSA, Defense Intelligence Agency, and components of the State Department, Justice Department, Department of Homeland Security, and the armed forces.”

Morley is well-qualified to write about the Deep State, as he is a veteran researcher on the JFK assassination, whose work on CIA agent George Joannides is one of the most important developments in that case in the last twenty years. The very term “deep state” was coined by Peter Dale Scott, a veteran researcher of the underbelly of American and world politics, and someone who, like Morley, has done important work on the JFK case.

Although liberals and leftists hate to admit it, there are incredible parallels between Trump and Kennedy. First, both men were independently wealthy when they ran for office, which meant that they were not as reliant upon special interest donations to fund their campaigns. Second, both men are known to have been quite fond of the ladies, their marriages to beautiful women notwithstanding. Trump was surreptitiously recorded by the media making lewd statements. JFK was recorded by J. Edgar Hoover in flagrante delicto on multiple occasions, and was reported to have once remarked to a visiting dignitary: “If I don’t have a woman every three days or so I get a terrible headache.”

When JFK assumed office, he appointed his younger brother Robert as Attorney General, a move that was widely criticized as nepotism. Trump works closely with his daughter Ivanka and son-in-law Jared Kushner and is criticized in the same way. But more important than any of this trivia, which is on the level of the Kennedy-Lincoln coincidences, is both men’s opposition to the will of the Deep State, specifically in regards to Russia.

Although Kennedy was elected in 1960 as a Cold Warrior, he moved away from a hardline stance almost immediately after being elected. In 1961, he refused to provide U.S. military support to the CIA’s bungling Bay of Pigs invasion of Cuba, something that many in the CIA never forgave him for.

In 1962, during the Cuban Missile Crisis, Kennedy negotiated peace with Russian leader Nikita Kruschev. This was against much of the advice coming from the Deep State, who estimated that, although the United States would lose 80% of its population in a thermonuclear war, the Russians would lose 100% of theirs. So, U.S. would “win”. Kennedy rightfully recognized this as sheer insanity.

At the same time that JFK was talking to Kruschev, CIA agent Bill Harvey was ordering raids on Cuba, in direct violation of Presidential directive, with the goal of provoking a missile launch by the Russians so as to start a war. When the crisis ended, Robert Kennedy had Harvey transferred out of the Western hemisphere so that he couldn’t cause any more such trouble. Harvey never forgave the Kennedy brothers and retained a bitter hatred of them for the rest of his life.

In 1963, just months before his death, President Kennedy gave a historic speech at American University, outlining a vision for peaceful coexistence between the United States and Russia. It featured prominently in Oliver Stone’s film JFK and is worth watching in its entirety. 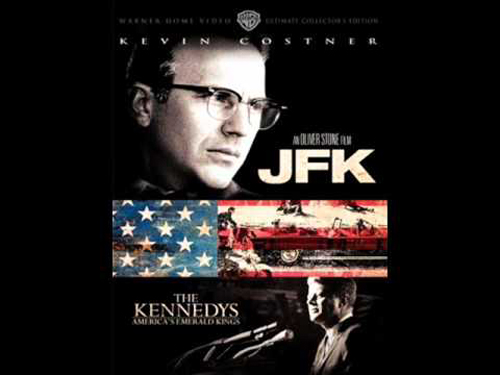 Kennedy negotiated a peace with the Russians during the missile crisis, and at the time of his death, he was making overtures to Fidel Castro and also beginning to withdraw U.S. troops from Vietnam. Historians disagree about whether Kennedy was serious about peace with Cuba, as there were also plans for an all-out invasion of the island happening at the same time. But regarding Vietnam, more and more support for the notion that JFK would not have escalated the conflict has emerged since this thesis was first developed by Peter Dale Scott in the 1970s and then more extensively by John Newman in his 1992 book JFK and Vietnam.

Kennedy was a user of “back channels” for sensitive communications. In negotiating with the Soviets, messages were passed back and forth between “Soviet Ambassador Anatoly Dobrynin or other Soviet officials to other members of President Kennedy’s official family”. The overtures to Cuba were made through journalist Lisa Howard, and also through Ambassador William Attwood. Historian Michael Beschloss, in an article on the back channel talks in the New York Times writes that “Attorney General Robert F. Kennedy worried that such talks would leak and embarrass his brother on the eve of his 1964 re-election campaign, but the president quietly encouraged Attwood to pursue the matter”.

The leaks of General Flynn’s communications with the Russians and their consequences show that RFK’s worries were well-founded. Meanwhile, while JFK was using back channels to negotiate peace with the Russians and possibly with the Cubans as well, Lyndon Johnson had his own back channel – to the Deep State. This is documented by John Newman in his aforementioned book, which has just been re-released in a second edition. Generals from the Joint Chiefs of Staff bypassed the President and communicated with the Vice-President instead, who was much more of a hawk on Vietnam than Kennedy was. It took Lyndon Johnson all of two days to reverse Kennedy’s plans to withdraw from Vietnam. He is alleged to have said to the Joint Chiefs: “Just get me elected, and I’ll give you your damned war”.

Perhaps Hillary Clinton should have made a similar deal with the powers that be. Or perhaps she tried. As Glenn Greenwald, who can hardly be accused of being a right-wing Trump shill, said: “The CIA and the intelligence community were vehemently in support of Clinton and vehemently opposed to Trump, from the beginning. And the reason was, was because they liked Hillary Clinton’s policies better than they liked Donald Trump’s. One of the main priorities of the CIA for the last years has been a proxy war in Syria, designed to achieve regime change with the Assad regime. Hillary Clinton was not only for that, she was critical of Obama for not allowing it to go further, and wanted to impose a no-fly zone in Syria and confront the Russians. Donald Trump took exactly the opposite view. He said we shouldn’t care who rules Syria; we should allow the Russians, and even help the Russians, kill ISIS and al-Qaeda and other people in Syria. So, Trump’s agenda that he ran on was completely antithetical to what the CIA wanted. Clinton’s was exactly what the CIA wanted, and so they were behind her. And so, they’ve been trying to undermine Trump for many months throughout the election. And now that he won, they are not just undermining him with leaks, but actively subverting him. There’s claims that they’re withholding information from him, on the grounds that they don’t think he should have it and can be trusted with it. They are empowering themselves to enact policy.”

As for Lyndon Johnson, he later came to have deep regrets about his decision to “give them their damned war”. The unpopularity of the war, which split American society in two, much in the way that Trump’s election has, cost Johnson his reputation. He is reported to have said, in the White House, as anti-war protesters outside shouted “Hey, hey, LBJ, how many kids did you kill today”, “Don’t they know that I’m with them?”

But they didn’t know, because, however much he may have been with them in his mind, indeed he had allied himself with the Deep State and the military-industrial complex that President Eisenhower had warned against. In 1968, Johnson declined to run for re-election, certain that he would have lost. He lived the rest of his life as a recluse on his Texas ranch, growing his hair long like the hippies who protested against him. He died only five years later, in 1973, a broken and forlorn man.