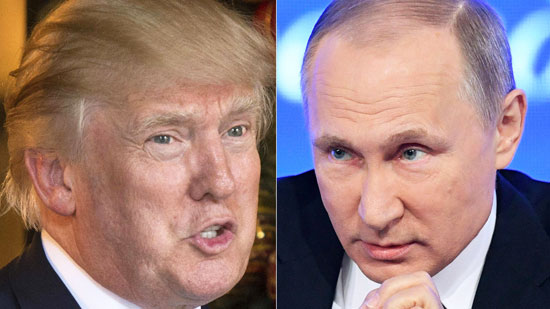 It’s deja vu all over again.
Remember when the US admitted Syrian “Rebels” have used chemical weapons? Or when earlier this year, now former Secretary of State blamed Russia for an alleged Syrian chemical attack despite admitting he doesn’t know who actually did it? Or when the US finally admitted there was “no evidence” Assad used sarin gas? Or just in the beginning of April (2018), when Trump said that the US is finally pulling out of Syria as a result of the defeat of ISIS (much to the Pentagon’s fury and open-ended timetable for extracting Syrian resources)?

Well, maybe you do, but the neocons back in charge of US war preparations foreign policy – now that war hawk John Bolton is Trump’s National Security Advisor – are so stuck with the age-old narrative that Assad is desperate to be bombed at any cost, that none of this actually matters, and instead the big story overnight is once again that, lo and behold, Assad decided to gas some “rebels” again, despite now overwhelmingly winning the war against US-backed insurgents, and despite knowing very well that exactly one year ago an alleged “chemical attack” prompted Trump to launch dozens of Tomahawks at Syria.

This is what happened (if you’ve seen this script played out before, you are not alone).
On Saturday night (April 14), an alleged chemical attack on a rebel-held town in eastern Ghouta reportedly killed dozens of people, according to US-linked medical services with Washington immediately responding that the reports – if confirmed – would demand an immediate international response. Actually scratch the “if confirmed” part – after all, the last time the US “intervened” in Syria, on April 7, 2017, the US did not need confirmation; Trump just needed a geopolitical distraction.

It seems that he needs another one again, and ideally one that shows just how angry he is with Putin now that an interview with Mueller is reportedly imminent.
A joint statement by the medical relief organization Syrian American Medical Society (SAMS) and the civil defense service, which operates in rebel-held areas, said 49 people had died in the attack late on Saturday. Others put the toll at 150 or more.

The response from the Assad side was similarly predictable: the Syrian regime, whose overthrow the US failed to achieve in the course of the 6 year proxy war in order to facilitate the transport of Qatari natural gas to Europe, denied its forces had launched any chemical attack as the reports began circulating and said the rebels were collapsing and fabricating news.

The Syrian state news agency SANA said Jaish al-Islam was making “chemical attack fabrications in an exposed and failed attempt to obstruct advances by the Syrian Arab army” citing an official source.
Meanwhile, Reuters said it could not independently verify the reports. Others did the same: the Syrian Observatory said it could not confirm whether chemical weapons had been used in the attack on Saturday.

But, as we noted above, who needs confirmation: after all, if the 2013 “chemical attack” that started it all and was later proven to be a hoax was sufficient, just do the same. And sure enough, a video uploaded by “local media activists” allegedly showed bodies of victims – including women and children – of the reported chemical attack in Douma. Once again, nobody has actually confirmed if anyone has died.

Meanwhile, the US, itching for that military spending GDP boost was ready with the outraged retort: the U.S. State Department said reports of mass casualties from the attack were “horrifying” and would, if confirmed, “demand an immediate response by the international community”. At the same time, Britain’s Foreign Office also called the reports, if confirmed, “very concerning” and said “an urgent investigation is needed and the international community must respond. We call on the Assad regime and its backers, Russia and Iran, to stop the violence against innocent civilians.”

Note the “if confirmed” part, and keep an eye on how the narrative switches from that to “the attack was confirmed”. If the Skripal case is any indication, just repeating it often enough, should be sufficient.

Trump already did his part on Sunday morning, when he tweeted several statements on the alleged attack as if it was already confirmed, just as one would expect to accelerate the escalation: “Many dead, including women and children, in mindless CHEMICAL attack in Syria. Area of atrocity is in lockdown and encircled by Syrian Army, making it completely inaccessible to outside world. President Putin, Russia and Iran are responsible for backing Animal Assad. Big price to pay. Open area immediately for medical help and verification. Another humanitarian disaster for no reason whatsoever. SICK!”

Then, for good measure, Trump decided to throw Obama under the bus for not crossing his “red line in the sand”, once again assuming the attack was confirmed: “If President Obama had crossed his stated Red Line In The Sand, the Syrian disaster would have ended long ago! Animal Assad would have been history!”

After the alleged attack, State Department spokeswoman Heather Nauret recalled a 2017 sarin gas attack in northwestern Syria that the West and the United Nations blamed on Assad’s government. “The Assad regime and its backers must be held accountable and any further attacks prevented immediately” she said adding that “The United States calls on Russia to end this unmitigated support immediately and work with the international community to prevent further, barbaric chemical weapons attacks.”

The US also said yet again that Russia is “ultimately bearing responsibility” for all chemical incidents in Syria, regardless of who carried them out, after rebel sources accused Damascus of gassing dozens in Eastern Ghouta’s Douma. In other words, even if the “chemical attack” was carried out by US-backed “rebels”, or better yet “ISIS”, it’s Putin’s fault.

“The regime’s history of using chemical weapons against its own people is not in dispute”, said the US State Department, indicating, however, that it was relying on “reports”, being unable to confirm the incident. “Russia ultimately bears responsibility for the brutal targeting of countless Syrians with chemical weapons.”

As for Russia, its Defense Ministry immediately denied and dismissed as false reports that the Syrian government had carried out a chemical attack in Eastern Ghouta’s Douma: “We strongly refute this information”, Major General Yury Yevtushenko, head of the Reconciliation Center in Syria, said in a statement on Sunday, April 8. “We declare our readiness, after Douma is liberated from the militants, to immediately send Russian radiation, chemical and biological protection specialists to collect data that will confirm the fabricated nature of these allegations”, he stated.

Yevtushenko said that “a number of Western countries” are trying to prevent the resumption of an operation aimed at driving militants from the city of Douma.
“For this purpose, the use of chemical weapons by Syrian government forces – one of the most widespread claims in the West – is being used,” he added.
And, knowing where this is all headed, Russia’s Foreign Ministry says in a statement on its website that reports of chemical weapons attack in rebel-held town of Douma are fabricated, and any military operations against Syria on false pretenses may lead to “gravest consequences”.
The Russians added that “The goal of such reports is to aid terrorists and justify possible military strikes from outside Syria.”

Russia is correct, and it is now just a matter of time before Trump unveils his next grand diversion from the chaos at home and the trade war with China, by launching another 50 or so Tomahawks at some venue deep inside Syria, in a carbon copy repeat of what happened exactly one year ago.