Donald Trump achieved two great things in his presidential campaign: he stopped Hillary Clinton from occupying the White House, and he ran against the media by attacking them mercilessly. 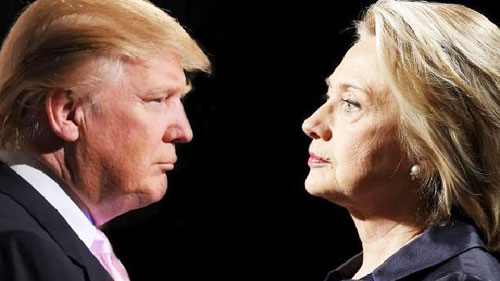 Everything else is up for grabs. We will see.
Already, he has made some “errors”. The appointment of Mike Pompeo as CIA director is a bad move. Pompeo, as a congressman, introduced the Dark Act, which now prevents the states from requiring GMO labels on food. And he favors the death sentence for Edward Snowden.

Multiple media outlets are reporting that Trump will not attempt to prosecute Hillary Clinton. This is on the level of lowering the window shades for a vampire as dawn breaks. Hillary was certainly guilty in the email case, and the Clinton Foundation is a pay-for-play money laundering operation of global proportions – a private and parallel State Department, in which cash is the only standard for “diplomacy”. And these charges are mere low-hanging fruit on the Clinton crime family tree.

Pursuing justice is supposed to be a Trump hallmark.
Politics in the Matrix is a tap dance and a shuffle. Deals and compromises are made all the way along the line. Washington and its media allies suck their very life juices from those deals. Like some fungus, they thrive in the dark every-day corruption of This traded for That. In many ways, Trump exclaimed he was above the game. The deals he was going to make would all be on the side of benefiting America – so he has a price to pay for asserting he was most definitely a different character on the political scene.

That unbridled assertion was what drove huge numbers of people to show up at his rallies all over the country. They wanted an outsider who had a serious ax to grind with Washington and the media. They wanted him to be angry and outraged – because they were, too. They didn’t want a great healer, because justice comes before healing.

Many of them had felt the effects of Globalism and its grotesque trade treaties. They were out of work, and he was going to bring back jobs. But that wasn’t their only motivation. They knew their jobs had been stolen by anti-American elites, and they wanted the sword of justice to fall on those elites. They knew Hillary Clinton was an arch-Globalist.

For these millions of Trump supporters, forgiving and forgetting and moving on isn’t presidential. It smells bad. They were never part of the glazed-over New Age crowd, and they aren’t now. The cheese-glob “coming together” isn’t in their lexicon. They don’t view anger as a character defect or a “compensatory” response that traces back into early childhood. They want bad people to pay for their crimes.

Hillary Clinton would be at the top of their list. Helping her heal is a sick joke. They want her in prison where she belongs. They know her constant vapid calls for “national unity” during the campaign were a straight-out con, a cover for her lust for power.

They see nothing redeeming about her. It’s simple: she fights the good and embraces evil. Therefore, she should be punished.

Doing so would set an example and a course for the Trump administration: we don’t back away, we don’t back down. We aren’t separating “campaign talk” from presidential action. We’re not trying to make that phony distinction.

If Trump prosecuted Hillary to the full extent of the law, then of course the owls would come out hooting: he’s vengeful; he can’t let go; he’s mean; he’s spiteful; he’s a cruel sadist; this goes beyond any civilized sense of propriety befitting a real leader.
Yes? And? So? So what?