UFC veteran speaks out against vaccines after tragic death of son 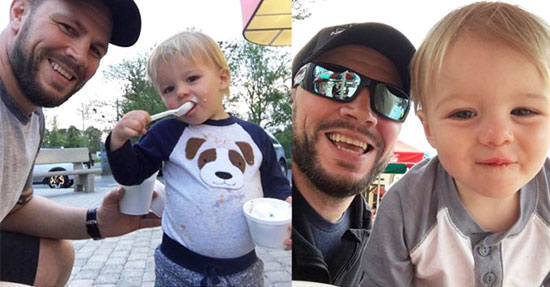 “This is unacceptable, I will fight for my son, this happened to the wrong family.” – Nick Catone

Former UFC fighter, Nick Catone, is making waves on social media. But while many fighters are drawing attention to themselves for attacking their opponents, Catone is gathering attention for another reason: his vocal criticism of vaccination.

For him, the issue is very personal since on May 12, 2017 his otherwise healthy 20-month-old son passed away in the middle of the night. While the family was initially perplexed as to how a healthy little boy could just simply die without warning, consultations with numerous doctors and even an autopsy yielded no results. Instead, the cause of Nicholas’ death was listed as “natural.”

Shortly after, however, Catone began hearing stories from other parents regarding their child’s adverse reactions to vaccines, ranging from seizures to autism and death. Catone began doing his own research and is now convinced that it was the vaccine that killed his son.

Catone wrote on June 27th 2017:
“On April 25th my son got his DTAP shot, I remember he had a rash for a day or so after, had a little cold and runny nose on and off. Sunday May 7th had a fever wasn’t himself most the day. Monday May 8th woke up fine with no fever back to himself for the next four days happy, playing, eating running around with his sister then Friday May 12th my son just doesn’t wake up. Doesn’t make sense.

I started researching and the more people I spoke to hearing about stories of kids having seizures after shots and diagnosed with autism after shots and kids unexpectedly passing away is horrifying. The preservatives and crap they pump into our kids today is b*. I didn’t realize all this until I starting reading up on it.

If you never researched about vaccines I suggest you do. I wish I knew what I do today and my son would never have gotten any. All about money in this f* up world we live in. We’re going to keep fighting and do everything we can to get answers.ˮ

Manner of Death – “Natural” does not do it for me

Catone’s story hit a nerve with many parents and a day later he wrote this:
“The amount of people reaching out to me about stories of bad things that happened to their kids after shots from all over country is unbelievable. Autism, seizures, kids stop talking and walking after, brain issues and other families that lost their kids while they were asleep is UNBELIEVABLE. All recorded shortly after receiving shots. I am f* p* that I lost my son because of this and that this bullshit goes on because of vaccines. This is not «Natural» which was the Manner of Death written on my sons autopsy report. This is unacceptable, I will fight for my son, this happened to the wrong family.ˮ

Since then, Catone had continued to post criticisms of vaccines, informational articles and heart-wrenching pictures (given the circumstances) of his family when Nicholas was still alive.

Perhaps as a result of the tragedy he has had to experience, other families may be spared a tragedy of their own.

However, it is time for families to stop experiencing these tragedies at all, particularly when these tragedies are the fault of Big Pharma, media-induced hysteria and radicalized yet ignorant doctors.

Vitamin B17 Can Eliminate Cancerous Cells And Reduce Malignant Tumors, But You Probably Don’t Know Because They Keep It Secret!