Unable to develop a new antibiotic drug for decades, new research ‘discovers’ potential in a compound from honeybees… 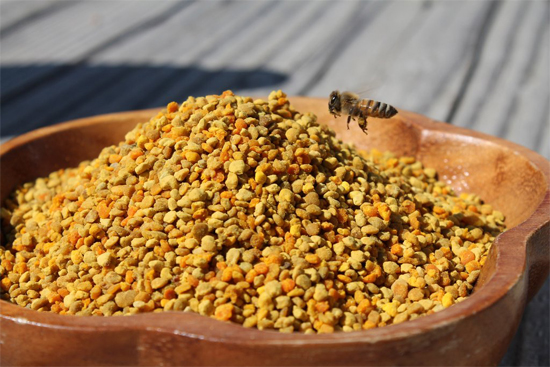 New research out of the University of Illinois at Chicago illustrating the antimicrobial properties of bee pollen might be surprising to some people, but those with knowledge of natural medicine have been aware of this effect for many years.

Indeed, bee pollen has been used as an antimicrobial and superfood in natural medicine for a long time to help with a range of ailments dating back to the ancient Greek Olympic Games. It can also help strengthen the immune system and is often recommended to people who suffer from allergies. Many athletes say that it helps them train harder and speed up recovery while boosting stamina.

The new study by researchers at UIC found that a derivative of an antibiotic known as apidaecin, or Api137, has the ability to block protein production in potentially harmful bacteria. While protein production can be stopped via interference in different stages of translating DNA into protein molecules, Api137 is the first inhibitor of translation to be discovered. This is an important finding – even if it’s not an entirely surprising one – because it has been more than three decades since new antibiotics have been developed, and during that time, more and more bacteria have become immune to antibiotics.

As a product that is produced naturally by bees, hornets, and wasps, Api137 could prove to be tremendously useful in making drugs that can kill bad bacteria the same way many organisms protect themselves from infection: by creating antibacterial peptides.

Antibiotic resistance, one of the world’s most pressing health issues

Canadian researchers look to honeybees and bats to fight superbugs

Meanwhile, Canadian researchers are hoping to use a new high-tech tool to find superbug-fighting antibiotics in honeybee and bat colonies. Saint Mary’s University Chemistry Professor Clarissa Sit is planning to test samples from bee and bat colonies in an attempt to create new antibiotics capable of killing Clostridium difficile, Methicillin-resistant Staphylococcus aureus and other superbugs. She’ll do this with the help of a high-resolution mass spectrometer that can detect a given sample’s precise chemical composition.

“We basically look to [nature] for inspiration because some of the more complex drugs we use – not just antibiotics but other types of drugs like blood pressure lowering or cholesterol lowering drugs – were also from natural sources originally”, she said.

There could be some great potential here, but the downside is that pesticide use and modern farming techniques have caused rapid declines in bee populations in recent years. Neonicotinoids, one of the world’s most widely used types of pesticide, has been causing mass bee die-offs. They damage the bees’ immune systems, causing them to become more vulnerable to pests and diseases.

Now that scientists are starting to pay more attention to natural medicine, could we soon see some more effective treatments for many of today’s most serious health problems?