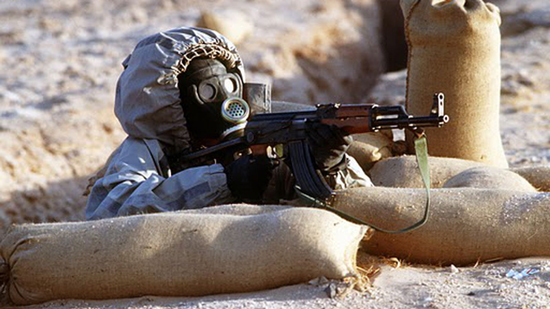 June 28th marked the 30th anniversary of the Iraqi Baath regime’s chemical bombing of Sardasht city in Iran’s West Azerbaijan Province. That, coupled with the recent heated debates surrounding who perpetrated April’s chemical strike in the Syrian town of Khan Shaykhun, prompted Press TV to interview editor of Veterans Today Kevin Barrett, and senior US congressional defense advisor Fredrick Peterson to seek their viewpoints on the use of chemical weapons.

Kevin Barrett said the Central Intelligence Agency (CIA) and certain other entities in the United States are the deep state, which are playing a big role in pushing militaristic agenda both in the country and in other parts of the world.

Dozens of people were killed in a chemical attack in the Syrian town of Khan Shaykhun in Idlib Province on April 4. The United States and its allies pointed the finger of blame Syrian government forces. But Damascus vehemently denied the charges.

Barrett further said: “The US and its allies supplied Saddam Hussein with those chemical weapons” and indeed were responsible for the imposed war on Iran and the carnage that happened in Sardasht.

Sardasht was the third populated city in the world, after Japan’s Hiroshima and Nagasaki, which was targeted with weapons of mass destruction. 111 civilians lost their lives and more than 8,000 people were affected by the gas attack. Three decades on, thousands are still suffering from serious respiratory and skin problems. 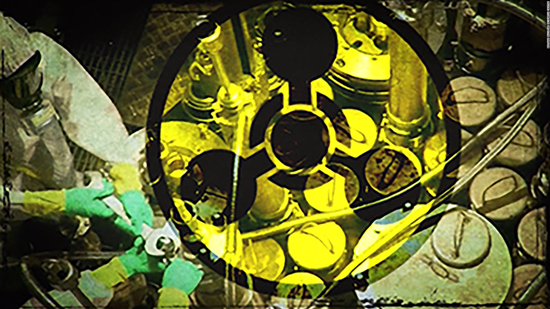 Barrett also criticized Washington for ignoring international agreements on weapons of mass destruction (WMDs). “Like so many other supposed arms control efforts, here what we see is that in fact it is the bigger countries that are manipulating this process for their own advantage”, he explained.

Meanwhile, the other guest on the program, Fredrick Peterson opined: “Many Americans in government quite well agree in principle that the best ideal solution would be a banning and a purging of these weapons from the inventory of all countries.”

WMDs are “repellant”, he said, arguing that “these weapons have been used not by the United States, but by its allies. These weapons are commercially produced. They are not difficult to manufacture.” Peterson explained that WMDs terrorize civilian populations because they are aerial and not target weapons.

Note: The most recent “planned” Syrian chemical weapons attack scam was so obvious, so openly organized, as to show that the Deep State actors have no concern whatsoever about public reaction or any political blowback. In the US, less than a handful in Congress would challenge the Goldilocks and the Three Bears children’s book narrative put forward.

And the Congress-critters are not solely to blame. They know that if they stuck their necks out and got hammered in return, there would be little public support for them. On the contrary, their political opponents would consider it a gift to have them offer themselves up for being tagged as “un-American”.

In the Khan Shaykhun alleged attack, nothing the US claimed could have passed the smell test of untampered evidence. It is on the record that the White House has cited social media reports as “proof” of Syrian involvement. Welcome to the New Twilight Zone folks, where “they” can now have Intel operatives seed social media with “proof”, which a White House National Security team will just gobble up like a free dinner.

As for corporate media, we now have the wonderful undercover tapping of the CNN producer admitting the network had no proof for some of the stories it ran, but that the push for ratings was really the driving force and acts as the real senior editor.

The Unspeakable Crime of Viktor Orbán