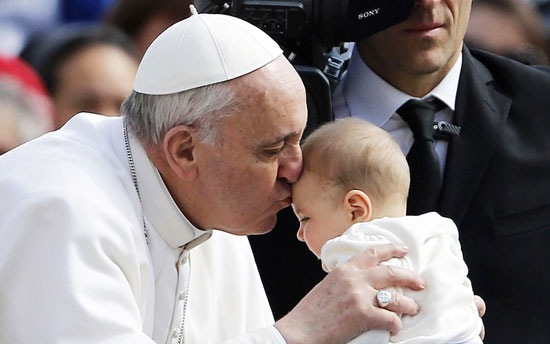 According to the Vatican, there are still 8,000 high-ranking pedophile priests at-large, and Pope Francis refuses to do anything about it.

In 2013, Pope Francis admitted that around 2% of the Church’s priests were pedophiles.

Yet, despite the recent firing this year of the 3rd highest ranking Catholic Cardinal, George Pell, the Pope does not intend to actively pursue any other pedophiles within the church unless forced to by the police.

Although no exact reason was given for the dismissal of Mueller, one of the most powerful men in the Vatican, it is believed to have been made due to a backlog of some 2000 cases of sexual abuse that had amassed during his five-year term in the position.

His office had also come under intense criticism from survivors of abuse for not doing enough to protect children from pedophile priests. Criticism which Pope Francis agreed with.ˮ

In May, Francis had assigned more staff to the office, known as the Congregation for the Doctine of the Faith, to handle the overload of sex abuse cases.

The Pope’s move to fire Mueller has been considered a show of commitment to his “zero toleranceˮ attitude towards sexual abuse by clergymen in light of accusations made against Pell.

Although the cardinal has strongly denied the charges, the Pope has continually come under widespread criticism for having appointed Pell to one of the most powerful positions in the Vatican.

Pell will faced a Melbourne court hearing on multiple charges of historical sexual assault on July 26. Before that date, his Australian supporters have set up a fund to help pay his legal fees after he was charged with historical sexual offences. His trial has not ended yet.

The Catholic Archdiocese of Sydney said it would help Pell with accommodation on his return to Australia to face the charges, but would not foot his legal bills.