Vladimir Putin: «I Will Tell The World About Nibiru» 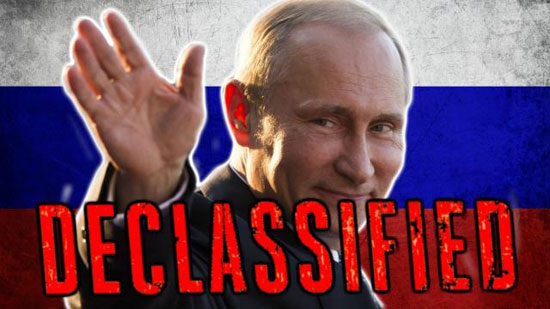 In a candid interview with Pravda from the summer of 2016, Russian President Vladimir Putin stated implicitly that he would tell the world about Nibiru if Donald J. Trump loses the presidential election. There were suppositions in the alternative media about a three decade long secret war between the White House and the Kremlin, culminating in a confidential agreement between Putin and Trump. Putin promised to remain silent about Nibiru, and in exchange, Trump vowed to dismantle and expose the Nibiru cover-up as his first presidential act (which he never did).

A Foreign Service report, translated by the Russian Ministry of Defense, details Putin’s inner turmoil: “President Putin no like Hillary Clinton lady. She very, very evil. When President Putin and Mr. Trump met, we had no doubt he would be next American President and reveal Nibiru. Comrade Trump we like him very much. He is wealthy and wise, but he put foot in mouth many times, and this Hillary lady has the dirt on him. Now Putin thinks real chance Trump will lose. And this will force Putin to act without hesitation.”

In the event of a Trump defeat, the report states, Putin was planing to immediately disclose Nibiru on all major Russian television networks, including RT news. According to usually reliable sources, Putin has a hidden broadcasting location in an underground bunker somewhere in the enclave of Kaliningrad. From this secret fortress, Putin was set to act quickly and decisively.

“We have no doubt that Hillary Clinton is prepared to take any and all actions to prevent Nibiru disclosure”, a source within the Kremlin said before the November 8th 2016 elections. “She may even try to drone strike President Putin. But we have taken all precautions to ensure President Putin’s safety and guarantee that the world will know about Nibiru. We still hope Trump wins and none of this becomes necessary.”

That comment represents an alarming revelation: it implies that Hillary Clinton was willing to risk World War III to stop Vladimir Putin from uttering the word “Nibiru”.