War Is On The Horizon 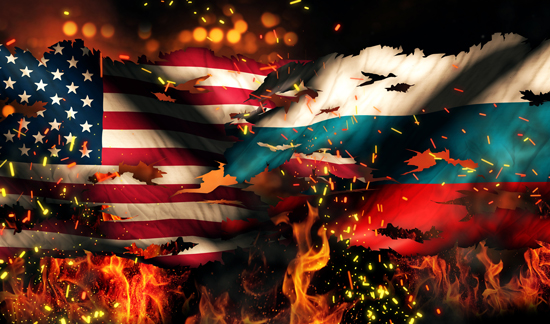 Have Washington and its British vassal set a stage for testing whether Russia has the stomach for war?
How else do we interpret the announcement by General Sergei Rudskoi, chief of the Operational Directorate of the Russian General Staff, that “we have reliable information at our disposal that US instructors have trained a number of militant groups in the vicinity of the town of At-Tanf, to stage provocations involving chemical warfare agents in southern Syria. They are preparing a series of chemical munitions explosions. This fact will be used to blame the government forces. The components to produce chemical munitions have been already delivered to the southern de-escalation zone under the guise of humanitarian convoys of a number of NGOs. The provocations will be used as a pretext by the United States and its allies to launch strikes on military and government infrastructure in Syria.”

Don’t expect to hear anything about this in the totally discredited Western presstitute media, which is a propaganda ministry for war.
The Russian government again failed to finish the job in Syria and instead permitted Washington to expand its Syrian presence, arm and train its mercenaries, provide chemical weapons, and assemble its fleet to attack Syrian forces in order to prevent their re-conquest of Syrian territory.

The question before us is: If the information that General Rudskoi cited is correct, what will Russia do? Will Russia use its missile defenses and air superiority to shoot down the US missiles and aircraft, or will Russia accept the attack and again denounce the illegality of Washington’s action and protest to the UN?

If Russia accepts the attack, Washington will push harder. Sooner or later Russia will be unable to accept another push, and war will break out.
If war breaks out, will it be a limited conventional war or will Washington use the excuse to launch nuclear intercontinental ballistic missiles against Moscow? These questions must be going through the minds of Russia’s leadership. The country faces the grave danger that Washington’s Fifth Column inside Russia, the Atlanticist Integrationists, those Russians in the political and business leadership who believe the country must be, at all costs, integrated into the Western world, will lock the government in indecision and expose Russia to a nuclear first strike.

So far Russia has continued to defeat itself by playing according to the rules of diplomacy and international law despite the obvious fact that Washington has no respect for either. In March (2018), Washington’s British vassal demonstrated total contempt for Russia and its president, Vladimir Putin. In other words, the insult came from a mere vassal state of Washington’s empire. An alleged poisoning by an alleged Russian nerve gas, the very existence of which is doubted by US and UK experts, of an inconsequential former spy and his daughter has been blamed, without a shred of evidence, on Russia by the British prime minister, defense minister, and foreign minister.

The British prime minister violated law and agreements to which Britain is partner by giving Russia 24 hours to respond to an accusation for which no evidence was provided. Law and the agreements require that the country making an accusation share the evidence with the accused country, which has 10 days to assess the evidence and reply. The British government refused to abide by the agreement to which it is partner. Moreover, the British foreign minister Boris Johnson personally accused Russia’s President Putin of ordering the attempted murder of the inconsequential spy. 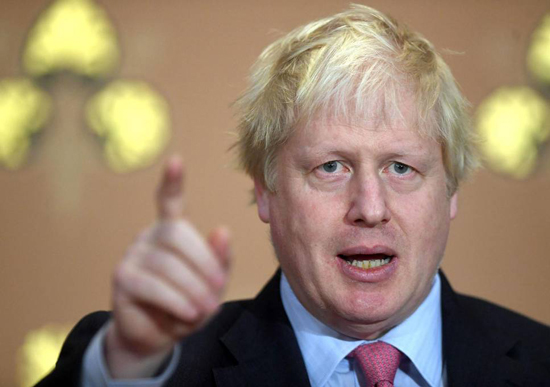 Not content with the unprecedented insult to Russia and its President, the British defense minister of a country that has no capability whatsoever of defending itself against Russia, even with its liege lord’s help, said in response to Russia’s rejection of the unsupported-by-any-evidence charge that “Russia should shut up and go away”.

This was too much for the Russian Ministry of Defense. General Igor Konashenkov replied: “The rhetoric of an uncouth shrew demonstrated by the Head of the British Ministry of Defense makes his utter intellectual impotence perfectly evident. All this confirms not only the nullity of all accusations towards Russia we have been hearing from London for the last several years but also that the ‘accusers’ themselves are nonentities.

The ‘Great’ Britain has long turned not only into a cozy nest for defectors from all over the world but also into a hub for all sorts of fake news-producing agencies: from the British ‘Syrian Observatory for Human Rights’ to the created by a British intelligence officer pseudo-Syrian ‘White Helmets’.

As to boorish words of the British Defense Minister regarding Russia, it seems that in the absence of the real results of professional activity, rudeness is the only weapon remaining in the arsenal of the Her Majesty’s Military.”

Perhaps the Russians will decide it is past time for them to demonstrate their superior military capabilities, and they will take out not only the US missiles and airplanes but also the fleets from which the attack is launched while putting their nuclear forces on high alert. What then would Washington do? Can a government composed of bullies drunk on hubris come to a sensible decision, or would people so arrogant as to think themselves “exceptional” and “indispensable” condemn the world, including the plants, animals, birds, and all creatures who have no idea of the murderous lunatics that rule the Western world, to death?

Constraining Washington’s determination to destroy life on Earth is the greatest challenge humanity has faced. If we fail, we may all die, every one of us and all creatures.
Despite Russia’s military superiority, the humanity of the Russian government places it at a disadvantage as there is no concern for humanity in Washington.