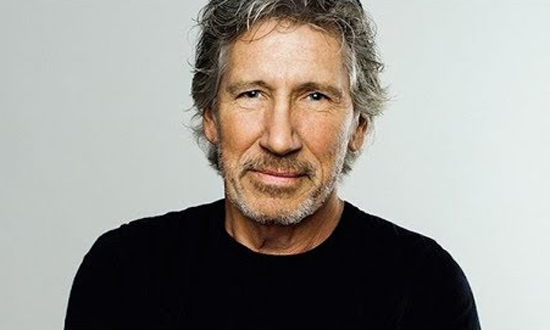 During a solo concert in April (2018) in Barcelona, Pink Floyd front man Roger Waters took a moment to address the audience about the recent bombing of Syria. Waters said he was approached by someone before the concert who wanted to get onstage and speak on behalf of the White Helmets about the alleged chemical attacks in Douma.

Instead of bringing the anonymous man onstage, Waters addressed the crowd on the issue himself, saying that he believes the White Helmets are a propaganda organization on a mission to justify western intervention in the region. Waters said he believes that the person who wanted to make a statement was well-intentioned, but misled, and then offered his opinion to the audience.

“The White Helmets is a fake organization that exists only to create propaganda for jihadists and terrorists” Waters said. “That’s my belief. We have opposing beliefs. If we were to listen to the propaganda of the White Helmets and others, we would be encouraged to encourage our governments to start dropping bombs on people in Syria. This would be a mistake of monumental proportions for us as human beings.”
“What we should do is go and persuade our governments not to go and drop bombs on people. And certainly not until we have done all the research that is necessary so that we would have a clear idea of what is really going on. Because we live in the world where propaganda seems to be more important than the reality of what is really going on”, he added.

The White Helmets have been known to work with terrorists to achieve regime change in Syria. They were also caught staging videos of atrocities in an attempt to bait western powers into war and were later forced to apologize.
The group also came under fire last June when video surfaced that showed members assisting in disposing of the dead bodies of Syrian soldiers. The US-backed “aid workers” were seen celebrating their kill whilst holding the heads of the dead.

As it stands, the White Helmets are heavily funded by the U.S. and the UK, as well as many other international entities. That may be the reason they always worked in rebel-held areas of the greater Syrian conflict. The White Helmets serve as a de facto propaganda wing of the West to sway public opinion into supporting regime change in Syria.

As proof, one only has to look to the story of Omran Daqneesh, a Syrian boy reportedly pulled from the rubble of a bombed out building. Daqneesh’s image was broadcast around the world and used as a propaganda tool against Syrian President Bashar al-Assad.
The truth was later revealed by the alternative media that it is highly likely the opposition itself destroyed the very building in which Daqneesh was residing, then used his image to promote the myth that he was attacked by Syrian forces.

According to The New York Times, Mr. Daqneesh told the real story of what happened immediately following the bombing. He never supported the opposition and appeared on Syrian state-run media to proclaim his support for Assad. He described how the White Helmets used his son as a propaganda tool without his permission.
”They took Omran, got him to the ambulance, where they filmed him. It was against my will. I was still upstairs in the house” Mr. Daqneesh said, adding that he was pressured, and even offered money to use his son as a pawn in propaganda against the Assad regime.

Pink Floyd’s Roger Waters has been consistently anti-war throughout his entire career and is no stranger to controversy. Waters made some bold statements about the war crimes of Israel in an interview with The Independent. He explained how artists are discouraged from speaking out about the atrocities taking place at the hands of the Israeli military.
“The only response to BDS [Boycott, Divestment, Sanctions (BDS) is a global movement made up of unions, academic associations, churches and grassroots movements across the world, challenging international support for Israeli apartheid and settler-colonialism] is that it is anti-Semitic. I know this because I have been accused of being a Nazi and an anti-Semite for the past 10 years. My industry has been particularly recalcitrant in even raising a voice [against Israel]. There’s me and Elvis Costello, Brian Eno, Manic Street Preachers, one or two others, but there’s nobody in the United States, where I live. I’ve talked to a lot of them, and they are scared s***less….” he said.

“If they say something in public they will no longer have a career. They will be destroyed. I’m hoping to encourage some of them to stop being frightened and to stand up and be counted, because we need them. We need them desperately in this conversation in the same way we needed musicians to join protesters over Vietnam”, Waters added.

In times of oppression, it is very difficult for people to speak out against the constant tyranny, and when they do it can be even more difficult to get others to listen. Art is a subtle way of getting the message out to the masses. This is useful because a lot of times people are so entrenched in the mainstream culture that they will become defensive when they come face to face with facts that call their worldview into question. However, if these same ideas are presented in the form of art, people are much less defensive and are more willing to approach the information with an open mind.

Art is also used by activists who want to send a message but still remain under the radar. If you really examine some of the greatest works of art in history, you will find that the vast majority of the time, the artist was motivated by some kind of social cause. The art that really moves people and leaves a lasting impression is rarely made with the thought of making a buck or climbing the social ladder. In today’s culture, massive advertising schemes and flashy graphics are enough to catch most people’s attention long enough to make a purchase, but you’ll find that the works of art with real staying power are typically sending some kind of social message.