We All Need To Unite Against War in Syria, Regardless Of Ideology

On the evening of April 10 (2018), Fox’s Tucker Carlson did what may have been the most amazing thing that has ever happened on American television. As the drums of war beat louder than they had in years, Carlson stared right into the camera and did the exact opposite of what every mainstream US pundit is doing right now: he told the truth.

He stood in stark, unequivocal opposition to the trajectory the Trump administration appears to be moving along. And he did it on Fox News.
Many have a deep and abiding reluctance towards Fox News and all Murdoch media. Let’s not forget the key role the Murdoch press played in deceiving our world into the unimaginable evil that was the Iraq invasion. But if we held a reflexive rejection of anything with the Fox News logo in the corner, people would have never seen Carlson’s epic monologue, nor would they have shared it with their social media following, and this bright flash of truth would have been diminished by that much in the impact it was able to have on public consciousness.

There are many leftists who declined to help spread awareness of that Carlson monologue based solely on the fact that he’s a conservative pundit on a conservative network who, in the past, has said things they disagree with. This is a stupid reason. We should be able to throw any weapon at all at the war machine, not fight with one hand tied behind our backs just because we don’t like conservatives.

Check out the comments on the clip. Look how astonished people were to hear a clear voice on this issue coming from the right. Being willing to share useful weapons against the war machine lets in that much more light. Why would we want to deprive ourselves of such weapons in a fight to oppose what could very well end up being a third and final world war? If someone from an opposing ideology organizes an anti-war march or puts together a video debunking a war narrative, why deliberately halve its influence and impact at such a crucial time?

When it comes to important issues where our interests converge, we need to be absolutely shameless about collaborating with people on either side of the ideological divide.
“You should reconsider even if only for the week. I’m not a big fan of leftists either, but the establishment right and left have joined up to push us into another senseless war. We should do the same thing on the antiestablishment front to loudly oppose it.
– Cassandra NoWar Fairbanks (@CassandraRules) April 10, 2018” was one of the social media comments.

Gateway Pundit’s Cassandra Fairbanks and rightists stand on opposite ends of the political spectrum on many issues, but when it comes to crucial matters like this they should be in total agreement. I reached out to her for comment when I saw her making the same argument I was making, from the other side of the divide, urging her conservative followers to be willing to collaborate with leftists against this war.

Fairbanks provided the following statement: “We can squabble all we want about domestic policy, but none of that will even matter if nations with nuclear capabilities decide to flex their power. The establishment Democrats and Republicans in DC have already united to make this a potential reality. If the anti-establishment right and left don’t, temporarily, do the same to loudly oppose this then we are as guilty as they will be. We have to remember that our friends and neighbors, people we interact with every day, have different political ideologies. The people on Twitter and at protests are those same people. I really hope for a momentary ceasefire in our Twitter wars to prevent a real one.”

I agree with and co-sign every word of this.

“You’d be surprised. There’s anti imperialists on both sides of the political spectrum. There should be bipartisan support against more war” she also wrote on social media.

Whenever I bring this up I get lefty echo chamber cultists shrieking at me that people like Fairbanks are alt-right/Nazis (which is absurd and ridiculous) and saying that the left and right don’t need to work together on any issue at all; that the left can just do its own separate, fully segregated thing on its own side of the divide while any anti-war right wingers can do their thing far away somewhere else.

Which of course is brilliant: let’s divide ourselves up into echo chambers where we are completely isolated from anyone who disagrees with us about anything, and launch our protests against World War Three from in there. And let’s be honest, these people won’t just stop at cutting off conservatives; most of them will cut off leftists like myself who are open to interacting with them as well. They’ll wedge out anyone who doesn’t have the correct opinions about Bernie Sanders, about trans issues and sex workers, about this or that conspiracy theory, about DemExiting vs DemEntering, until they’re all fragmented up into little impotent sects with no hope of ever launching any of their ideas into mainstream consciousness. Nobody does vitriolic sectarianism like the left.

For that reason Americans with different political views need to stop attacking each other. People keep telling me I need to denounce Glenn Greenwald for advancing the mainstream narrative about chemical weapons and Bashar al-Assad, despite the fact that he’s been consistently and aggressively opposed to western interventionism in Syria. We don’t have that kind of luxury, people. We don’t have the luxury of rejecting anyone who’s willing to stand against the war machine, let alone a fellow leftist with a large and influential voice. We need all the help we can get. 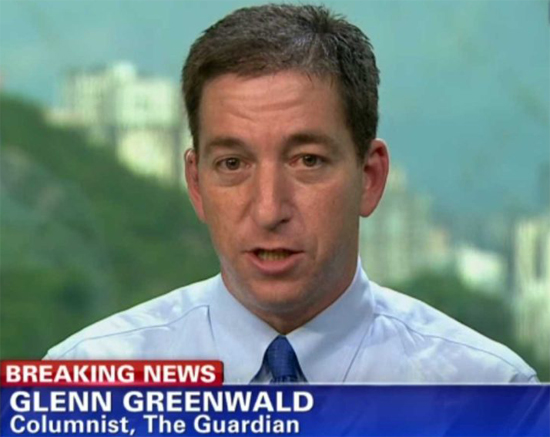 “Someone spent hours attacking my FB page last night because I said I think Assad has used chemical weapons before. Let me be clear: I am 100% opposed to intervention, but when anti-interventionism morphs into support for dictators, I get off the train – Glenn Greenwald, April 10, 2018.”

I stand with anyone who will oppose the assault on Syria, a nation long targeted for regime change due to its resources, strategic location, and the ambitious agendas of its leader, as well as its refusal to bow before Israel in its border dispute over the illegally occupied Golan Heights.

This obviously doesn’t mean compromising on our values one iota or abandoning our ideological principles. It just means when Tucker Carlson delivers a lucid anti-war monologue, we help it go viral. It means if Cassandra Fairbanks helps organize an anti-war demonstration, we go and add our voice to it. We can still work to advance all the other important issues that we are passionate about while working side-by-side against this one world-endangering threat.

The culture war games may have been fun for a while for some, but playtime’s over. We are staring down the barrel of events which could lead to a direct military confrontation between NATO forces and Russia and its allies; you don’t get any more points if you can “trigger the libs” or make a viral tweet mocking a conservative pundit. It’s time to grow up now. Let’s do this thing.

“As Trump prepares to bomb Syrian Govt targets (again), two of the loudest media voices against it are Tucker Carlson and Laura Ingraham (sorry, just a fact). For all the talk about ‘state TV’, were any similar levels of dissent aired on MSNBC about Obama’s various bombing campaigns? — Glenn Greenwald, April 10, 2018.”

Improving your health through meditation