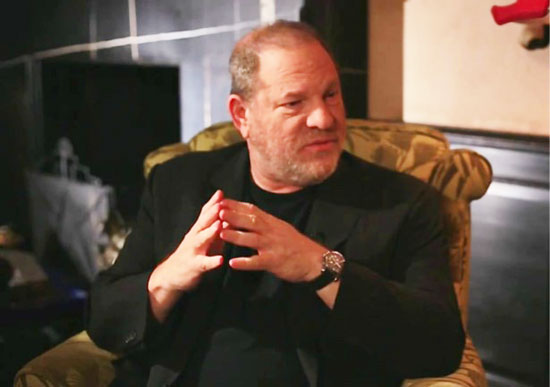 The Illuminati demand that people compromise themselves in exchange for success. (Scandal usually results from stepping out-of-line or annoying a big shot.)
Sexual depravity is how they spurn God and worship Lucifer. Their mass media have spread this decadent behavior to society as a whole. Remember, Weinstein is one of the top producers who got to determine what movies were made and celebrated by the entire planet.

The world is set to drop into the central bankers’ outstretched hand like a ripe peach. Illuminati bankers are harvesting the fruit of their centuries-old plot to destroy Christian civilization and place humanity on a treadmill of greed, sex, violence, trivia and political correctness.
They have succeeded because we have no leaders. They select obedient blackmailed perverts to execute their design. I always marveled that Bill Clinton betrayed the dignity of his office and the trust of 300 million people for a fellatio. But, in retrospect, a sex addict is the rule rather than the exception when it comes to our “leaders” (i.e. managers).

“President Clinton has been very helpful to us”, a banker confided in 1998. “We knew of what character he was before we placed him as president. Exposing him was very helpful in adjusting the moral habits of the youth downward. This is to our advantage. Even more agreeable to us were the vain efforts of those who thought they could remove him against our will. He is useful to us and he will not be removed by anyone until we are ready to have him removed.” 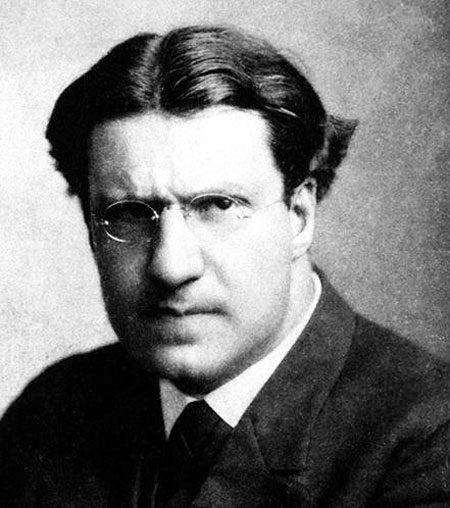 Rabbi Stephen Wise was the most prominent American Zionist and Jewish leader from the 1920s until his death in 1949. On the Rockefeller-PBS he is commemorated as “one of the greatest fighters for democracy and human rights of our generation”.
In her book, Stranger at the Party Helen Lawrenson describes how, as a 23-year-old reporter for the Syracuse Journal in 1930, she was sent to interview “the most famous rabbi in America”.
She made the mistake of saying she admired him: “The next thing I knew he had toppled me backward on the sofa and was making love to me… Before I knew what had hit me, it was over and not a split second too soon either as someone was knocking at the door and calling his name. ‘My God!’ cried Rabbi Wise, ‘it’s Rabbi Bienenfeld’, leaping up and buttoning his fly. And so it was, not only the leading Syracuse rabbi, but with him was Mrs. Wise who fortunately didn’t have her hotel key.” (p.44)

Later, Wise lured her back to his room and forced her to her knees before him saying: “Kneel before me in a prayerful attitude, my darling.”
Her worship did not include un-zippering him “at that time” but she assumed “he acted in the same way in every city he visited” and she wondered if he wasn’t afraid of scandal. He replied that “every dynamic man had a powerful sex drive and should make the most of it”.

Three years later, they crossed paths in the course of her work for Vanity Fair and she found herself “on my back again, this time on the long table in his office, with Wise reciting in Hebrew ‘Lift up your heads oh ye gates; and be ye lifted up, ye everlasting doors; and the King of Glory shall come in’ (Psalm 24:7-10).”

The rulers of the world – Jewish and non-Jewish – belong to this pagan sex cult, and in the name of “progress”, inducted society into it. They were responsible for WWII and for the Jewish holocaust. Rabbi Wise was feckless in rescuing his fellow Jews from this calamity but better at thwarting the efforts of others. The Illuminati have extended this war against their fellow Jews to humanity as a whole.

Helen Lawrenson (1907-1982) was a good-hearted, literate, Leftist dupe of the kind the Illuminati liked to have around. The point is she is completely credible. She became the Managing Editor of Vanity Fair, and the lover and lifelong friend of both Conde Naste and Bernard Baruch. She and her husband, labor organizer Jack Lawrenson, were regular house guests of Clare and Henry Luce. Her book was published by Random House in 1975.

According to the late Alan Stang’s courageous book, Not Holier Than Thou: How Queer is Bush? (2007), organized homosexuality, with its belief in sex-for-its-own-sake, is an important Illuminati control mechanism.
Stang speculates that Bush is a homosexual and demonstrates that, despite his Christian family pretensions, he has advanced the homo-sexualization of society and “given organized sodomy considerable control over the federal government”.

Stang documents that a well-known male prostitute, Jeff Gannon, made dozens of visits to the Bush White House in 2003 and 2004 often staying overnight. Apparently, the President could be easily blackmailed. And this doesn’t even include Margie Schrodinger, the black Texan woman whose name has disappeared down the memory hole. She formally charged the President with rape (about 2002) and then conveniently “committed suicide”.

Stang’s book is a thorough laundry list of homosexual activism within the Republican Party. It came out before Mark Foley and the Congressional Pages, Larry Craig and the “wide stance”. It tears the veil off the media’s feel-good, sugar-coated image of homosexuality. It is hard to stomach but must be read. Why? Because some homosexuals, by their own admission, hate society and have no morality. Thus these particular homosexuals are perfect agents of Illuminati subversion.

Alan Stang was one of the most important journalists in America and I highly recommend his book. By now, you should know that Barack Obama has a homosexual past. Listen to this interview  with Larry Sinclair by Jeff Rense. Sinclair who claims he had sex with Obama, is being ignored by the mass media, but you can bet that if Barack Obama started to steer an independent course, Larry Sinclair would suddenly be in great demand. I could go on about Hillary’s threesomes as well, but enough…

The masses choose which Illuminati sex addict or stooge they want for President and feel they are living in a democracy. The Illuminati banker just smiles: “Excuse me if I seem to be mocking your system of beliefs, but they are rather outdated. Have you no eyes to see your vain liberties and your righteous pontifications are nothing before us? …We place our proposed leader before you and you vote for what we want. In that way, we give you the vain voting exercise in the belief you had something to do with placing your president in office.”

The bankers can’t have it both ways. They can subvert politics, culture, education, and media but they can’t make us believe in them, or participate, or buy their products. They can destroy a belief system that tried to elevate humanity in the image of God, but they won’t like the world they created any more than we do.