Were Those Who Roamed The Earth Before Us Nearly All Vegetarian? 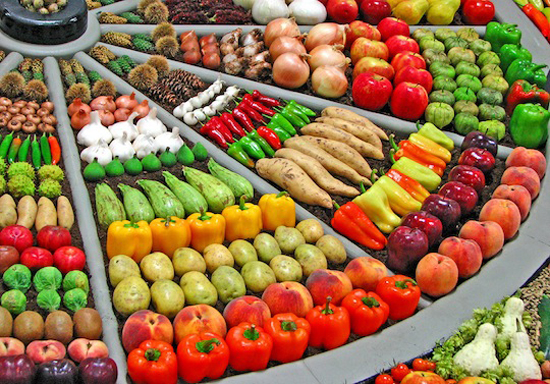 “Studies are confirming the health benefits of meat-free eating. Nowadays, plant-based eating is recognized as not only nutritionally sufficient but also as a way to reduce the risk for many chronic illnesses.” – Harvard Medical School

It’s no secret that human beings do not require meat to survive and live a healthy lifestyle. In fact, large amounts of research now suggests that a vegetarian diet is actually a healthier option as opposed to eating meat, or what is commonly referred to as the “Paleo Diet”. Whether you believe this or not, you do not need meat to live a healthy lifestyle and get all of the nutrients you need.

The general gist of the Paleo Diet, also known as the “caveman diet”, the “Stone Age diet” or the “hunter-gatherer diet” is based on the idea that if our ancestors who lived in the Paleolithic era – a period lasting approximately 2.5 million years that ended about 10,000 years ago – ate it, then we should be doing the same.

What advocates of this diet – and those who often point towards our ancestors as justification for eating meat – fail to realize is that scientists and researchers have not been able to pinpoint with one hundred percent certainty what our ancestors really ate, and how often they ate it.
The belief that our ancestors exclusively consumed meat is completely false, and a great example of how many can believe a theory, or have a belief system and accept it as absolute fact when there is evidence to the contrary.

The majority of the food eaten by primates is plant-based, not animal, and there is research suggesting that it’s been that way for a long time. Our ancestors were clearly not the meat-eating caveman that they are so often portrayed to be, and even if they did eat meat, that doesn’t mean that we are genetically wired to do the same:
“It’s difficult to comment on ‘the best diet’ for modern humans because there have been and are so many different yet successful diets in our species. Because some hunter-gatherer society obtained most of their dietary energy from wild animal fat and protein does not imply that this is the ideal diet for modern humans, nor does it imply that modern humans have genetic adaptations to such diets.” – Katherine Milton, anthropologist at the University of California, Berkeley

Today, there are a number of papers that have been published – in peer-reviewed scientific journals – that have analyzed the diets of a variety of ancient hominin species by looking at their fossilized teeth. These findings have shown that human ancestors ate far more plant material than what was previously suspected. 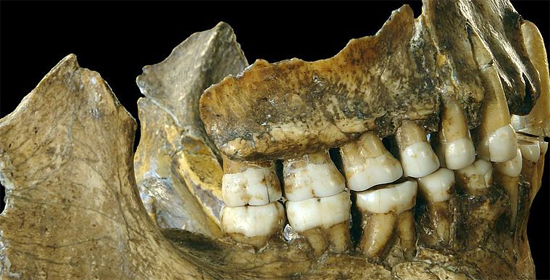 One study, for example, analyzed the diet of Neanderthals (who are closely related to human beings), a species that disappeared sometime between 20,000 and 24,000 years ago. Up until a few years ago it was believed that their diet consisted predominantly of meat, but this all changed when a large amount (and growing) body of evidence emerged suggesting that their diet also included a variety of plants. The researchers also offered evidence that these plants were also used for medicinal purposes.

Another team of researchers published a study in the American Journal of Physical Anthropology which stated: “We are suggesting that animal proteins would be less important overall and that’s particularly true for interpretations of Neolithic farmers. What that would mean is that they are having more of a balance of animal and plant protein in their diet, suggestive of a mixed existence strategy.”

An article by Rob Dunn written for Scientific American by titled Human Ancestors Were Nearly All Vegetarians, goes into great detail about this issue, from an evolutionary perspective, bringing up multiple details and points about how our guts might be evolved to stick to a vegetarian diet, with perhaps the occasional piece of meat here and there as a rare treat:

“So what do other living primates, the ones with guts mostly like ours, eat? The diets of nearly all monkeys and apes (except the leaf-eaters) are composed of fruits, nuts, leaves, insects, and sometimes the odd snack of a bird or a lizard (see more about chimpanzees). Most primates have the capacity for eating sugary fruit, the capacity for eating leaves and the capacity for eating meat. But meat is a rare treat, if eaten at all. Sure, chimpanzees sometimes kill and devour a baby monkey, but the proportion of the diet of the average chimpanzee composed of meat is small. And chimps eat more mammal meat than any of the other apes or any of the monkeys. The majority of the food consumed by primates today – and every indication is for the last thirty million years – is vegetable, not animal. Plants are what apes and even earlier ancestors ate; they were on paleo diet for most of the last thirty million years during which our bodies, and our guts in particular, were evolving. In other words, there is very little evidence that our guts are terribly special and the job of a generalist primate gut is primarily to eat pieces of plants. We have special immune systems, special brains, even special hands, but our guts are ordinary and for tens of millions of years those ordinary guts have tended to be filled with fruit, leaves, and occasionally a raw hummingbird.”

He also goes on to show evidence for the fact that our bodies might not have really been designed to eat meat, but rather evolved and developed in order to eat and digest meat. It’s kind of like milk, and why most of the world is lactose intolerant.
Every other species weans and then never drinks milk again for the rest of their lives, and because of that they don’t have an enzyme to break down the sugar in milk. But during human evolution, some humans experienced a mutation in the LTC gene, the lactase gene: these mutations allow us to process lactose as adults. With approximately 65-75 percent of humans on the planet unable to properly process it, it is evidence enough that we are not doing what is natural and in accordance with our bodies. 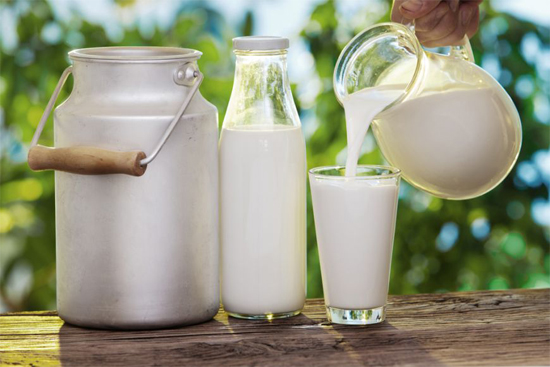 “For a long time, primates stuck by the old restaurants – leaves and fruits – and by 3.5 million years ago, they started exploring new diet possibilities – tropical grasses and sedges – that grazing animals discovered a long time before, about 10 million years ago” – University of Utah geochemist Thure Cerling
Since Cerling has published some of the most recent work in this field, let’s go with his very brief historical account of the history of our ancestral diet:

About 4.2 million to 4 million years ago on the Kenyan side of the Turkana Basin, one of Cerling’s new studies shows that primate Australopithecus anamensis ate at least 90 percent leaves and fruits – the same diet as modern chimps.

By 3.4 million years ago in northeast Ethiopia’s Awash Basin, according to Wynn’s study, Australopithecus afarensis were eating significant amounts of C4 (warm-season, tropical) grasses and sedges: 22 percent on average, but with a wide range among individuals of anywhere from 0 to 69 percent grasses and sedges. The species also ate some succulent plants. Wynn says that switch “documents a transformational stage in our ecological history”. Many scientists previously believed A. afarensis had an ape-like C3 diet. It remains a mystery why A. afarensis expanded its menu to C4 grasses when its likely ancestor, A. anamensis, did not, although both inhabited savanna habitats.

3.4 million years ago in Turkana, primate Kenyanthropus platyops had switched to a highly varied diet of both C3 trees and shrubs, and C4 grasses and sedges. The average was 40 percent grasses and sedges, but individuals varied widely, eating anywhere from 5 percent to 65 percent.

By 2 million to 1.7 million years ago in Turkana, another hominin, Paranthropus boisei, was eating 75 percent grass – more than any hominin, according to a 2011 study by Cerling. Paranthropus likely was vegetarian. A drier climate may have made Paranthropus more reliant on C4 grasses.

Some 10,000 years ago in Turkana, Homo sapiens’ teeth reveal a diet split 50-50 between C3 trees and shrubs and C4 plants and maybe meat.

Again, it’s clear when we examine the diet of those who roamed the Earth before us, that a large portion of their diet was vegetarian, and as outlined, possibly one hundred percent vegetarian for some individuals. One thing is for certain, it was not all predominately meat. So ask yourself, when did the notion of the “cave man” diet become such a backbone for people to use as justification for eating meat? Why do so many people believe that our ancestors ate so much meat, and that it’s all they ate?

The average North American diet today is one that involves ingesting what seems to be abnormal amounts of meat, on a daily basis. Even if our ancestors did consume meat, they did not consume it on a daily basis. In fact, there is evidence suggesting that those who lived in the “hunter gatherer” period went very long periods without eating meat at all. This – as pointed out by Mark Mattson, a professor of neuroscience at John Hopkins University – is precisely why our bodies have evolved to go long periods of time without food, and why intermittent fasting is now a healthy practice with a tremendous amounts of health benefits.

As for the modern day meat industry, billions of animals are killed every year for food consumption alone. They are being raised to be slaughtered, injected with various chemicals, mistreated and more. They are also roaming in pesticides and fed GMO feed (which studies have shown to be detrimental to human and animal health).
Our modern day food industry is one that is full of harmful substances, chemicals and other artificial ingredients that are making many wonder how we can even call it “food” anymore.

We still have a long way to go and lots of work to do if we want to become a healthy species again, something we are far from achieving. 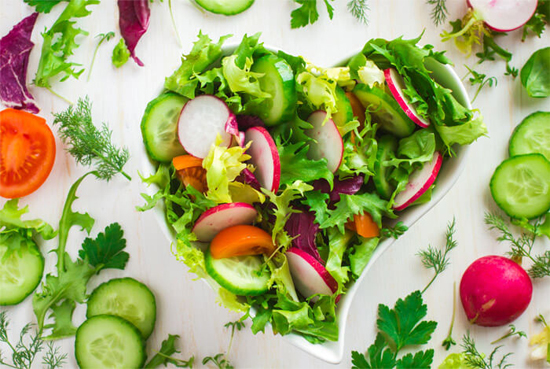 The Health Science Says About A Meat Free Diet

“Studies are confirming the health benefits of meat-free eating. Nowadays, plant-based eating is recognized as not only nutritionally sufficient but also as a way to reduce the risk for many chronic illnesses.” – Harvard Medical School

The science regarding a meat free diet is also showing that human beings might not be built to eat it.

When Negative Thoughts Keep You Down: How to Break the Addiction