The British non-profit GMWatch recently revealed the agribusiness takeover of Conabia, the National Advisory Committee on Agricultural Biotechnology of Argentina. Conabia is the GMO assessment body of Argentina. According to GMWatch, 26 of 34 its members were either agribusiness company employees or had major conflicts of interest. 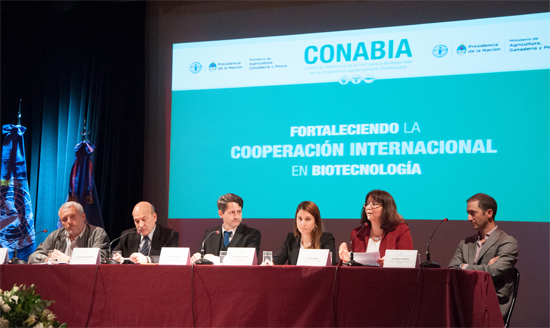 Packing a regulatory agency with conflicted individuals is one way to ensure speedy GMO approvals and Conabia has certainly delivered that. A much more subtle, but ultimately more powerful way is to bake approval into the structure of the GMO assessment process itself. It is easier than you might think.

Take for example last year’s international conference of GMO regulators, called ISBGMO14, held in Guadalajara, Mexico (June 4-8, 2017). ISBGMO is run by the International Society for Biosafety Research (ISBR).
In 2007, just one presentation in the whole four days was by a company. ISBR had some aspirations towards scientific independence from agribusiness. Then in 2011, the ISBGMO was held in Buenos Aires, Argentina. Company researchers and executives were frequent speakers and the conference had become an opportunity for agribusiness to present talking points and regulatory initiatives as if they had the blessing of science. Then in 2017, in Guadalajara, companies were on the conference organizing committee and even conferring conference travel scholarships from the podium. A former conference organizer and ISBR board member told that the previous ISBGMO (St. Louis, USA, in 2015) had been almost entirely paid for by Monsanto.

In Guadalajara, industry speakers were clearly working from a scripted list. That list translates as the key regulatory objectives of the biotech industry. Prominent on that list was “data transportability”. Data transportability is the idea that regulators from different jurisdictions, say India, or the EU, should accept identical biosafety applications. Implementation of data transportability would mean that although each country has unique ecosystems and species, applicants ought not to have to provide studies tailored to each. For example, when it comes to assessing effects on non-target organisms, for example of a GMO crop producing an insecticide, regulators in Australia should accept tests on European ladybird species or earthworms as showing that a GMO cotton can safely be grown there.

The appeal of data transportability for an applicant is clear enough – less cost and less risk of their GMO failing a risk assessment. Not once did the public hear mention of an obvious downside to data transportability. The fewer tests to which a novel GMO is subjected the less research there is to detect a significant problem if one exists. A second standard corporate line was “need to know versus nice to know”. In other words, do not ask applicants for more data than they wish to supply. The downsides to this are identical to data transportability. Less data is less testing and less science.

Another major theme of the meeting was “modernization” of regulation. In this scheme the most “advanced” nation was proposed to be Canada. Canada has adopted what it calls “trait-based GMO regulation”. In trait-based regulation the method of development (i.e. whether the crop was genetically engineered or not) is considered irrelevant. The trait is the sole focus. So if a GMO crop contains an insecticide it is assessed for risk against non-target organisms. If a GMO improves flavor or nutrition then, since there is presumably no risk from flavors or nutrients, then the crop receives what amounts to a free pass.

The Canadian approach sounds harmless, but it has the crucial property that it hands control of risk assessment to the applicant, because under such a system everything depends on what the applicant chooses to call their trait. Imagine you were asked to review the safety of an aircraft, but the manufacturer wouldn’t tell you if it was propeller-driven or a jet; likewise, if a submarine was diesel or nuclear powered.

The Canadian approach therefore, by just asking what the crop is supposed to do, effectively places outside of regulation most of the standard considerations of risk and hazard. Once upon a time, risk assessment was supposed to be about what a product is not supposed to do. For proposing non-regulation over regulation, Canadian biosafety officials were given more prominent speaking opportunities at ISBGMO14 than any other national regulator. 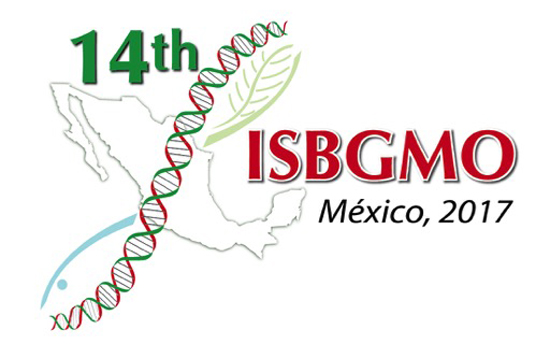 An equivalently unscientific innovation, which seems widely accepted, is called tiered risk assessment. Imagine a company presents to regulators an insect-resistant GMO crop. An obvious question arises. How is a regulator to know, since the crops produces an insecticide, if it will kill beneficial organisms such as the bees that feed on its flowers?

Monsanto presented a lengthy exposition, in a plenary session, of the “soundness” and “logic” of this tiered approach. Tiered risk assessment has been the subject of little scientific debate (though see Lang et al., 2007), but the implications of the tiered approach are profound. It is an asymmetrical system in which passing any test leads to approval whereas failing that test does not result in disapproval.

Consider the comparison with pharmaceuticals. Currently, all pharmaceutical drugs must pass through three phases of clinical trials; first animal tests, then small scale human trials, then large scale human trials. Failure at any stage is considered terminal. Without wishing to give them any ideas, suppose the FDA were to replace this three-phase system with one under which approval in phase I (animal tests) allowed the developer to go straight to market. There would be, for good reason, an uproar, followed by an avalanche of dangerous medications on the market. But that is precisely the logic of tiered GMO testing.

Tiered testing is therefore a system in which failure is an unacceptable answer. In the scientific review paper that first proposed tiered risk assessment, there is no provision for rejecting the crop in the main figure, which diagrams the proposed decision tree (See Romeis et al., 2008). Approvals are guaranteed. Agribusiness knows this perfectly well because many of the principal authors of Romeis et al are from the major seed and biotech companies.

The so-called logical innovations presented at ISBGMO14, such as data transportability, trait-based regulation, and tiered risk assessment, are thus intended as regulatory bypasses. They make it all but impossible for a regulator to turn down a GMO application, or even to collect sufficient information. No wonder the biotech industry likes to refer to risk assessment procedures as approval systems.

Given the lack of objection to these approaches at ISBGMO14, the biotech industry ought now to feel confident that the regulation of biotechnology is largely in their hands, but still it wants more.

In the coming years, an upsurge is expected in the GMO pipeline as new applications and new approaches become possible. This pipeline is predicted to include GMO algae, animal biotechnology, gene drives, and so forth. Many of these opportunities the industry knows will be controversial. A pacified regulatory environment is for them a necessity before that can happen.

This is more than a shame. When a comprehensive evaluation of the weaknesses and inherent limitations of scientific risk assessment is urgently needed to cope with these challenges, the chemical and biotech industries are forcing those assessment systems in the opposite direction.

Were Those Who Roamed The Earth Before Us Nearly All Vegetarian?