What is Happening to Céline Dion?

Céline Dion has been making headlines for all kinds of strange reasons as her career and entire persona took a radical turn. What is happening to Céline Dion? 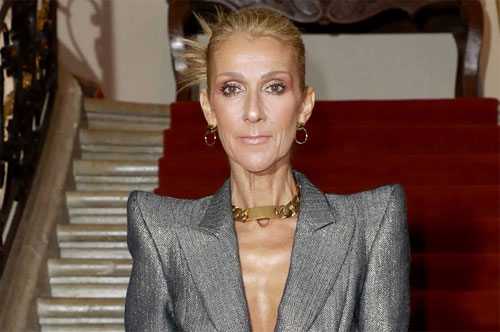 Every once in a while, a celebrity takes over the news cycle for a series of weird or embarrassing reasons. Apparently, it is Céline Dion’s turn. Indeed, the French-Canadian diva has attracted media attention for all kinds of strange reasons in the past weeks, leading some to even question her well-being.

To begin, the numerous media-friendly outings are somewhat out of character Céline, as she spent her entire career avoiding show business-related events. In 2012, in the wake of Whitney Houston’s untimely death, Céline Dion even admitted her distrust of the entertainment industry because it can destroy lives.

Ever since the death of her husband and manager René Angélil in 2016, Céline’s “protection” against the industry appears to have vanished. In the past couple of years, Céline has taken part in all kinds of show business events, parties, fashion projects, and media stunts.

Because Céline is apparently a “lover of haute couture” her bizarre outings could be chalked up to “high fashion eccentricity”. 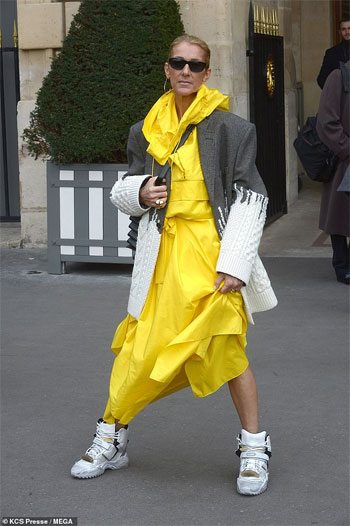 However, things recently took a sour turn. It’s like she’s was told by the industry elite she was avoiding her entire career: “Join us or lose everything”. And when Céline associated her name with Israeli fashion brand NUNUNU to create a “genderless” clothing line for children, things stopped being cool or funny.

Believe it or not, pictures on the site’s website and IG account directly refer to Satanism, child abuse and mind control. The video ad for the brand CÉLINUNUNU was also an upsetting piece.

In the bizarre CÉLINUNUNU ad, Céline begins by saying “Our children are not really our children”. She then sneaks into a maternity ward and changes the look of other people’s babies with CÉLINUNUNU garments. It’s weird.

Meanwhile, the brand published more disturbing pictures involving children in bizarre scenarios. Here are some of them. 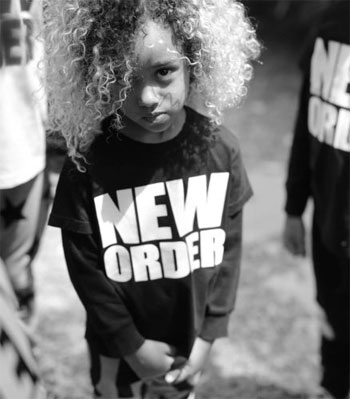 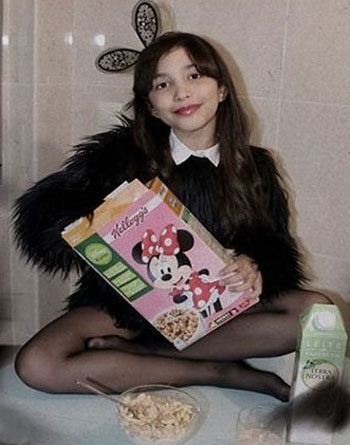 They dressed this girl as a Playboy bunny. They added the Minnie Mouse cereal to emphasize the “I’m just a child” aspect of it all. Sickening. 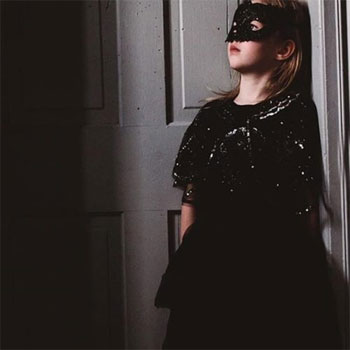 This girl is dressed to attend an elite “masquerade ball”. Originally, guests wore masks to these balls to preserve anonymity while they indulge in depraved behavior. Why is this child wearing this mask? This has Satanic Ritual Abuse written all over it.

After the release of CÉLINUNUNU, Céline gave an interview on CNN with brand creators Iris Adler and Tali Milchberg. The interview is … weird.

After the launch of CÉLINUNUNU, Msgr. John Esseff, a priest of 65 years and an exorcist in the Diocese of Scranton, Pennsylvania, made the news for declaring that the brand is “demonic”. In NC Register, he explained:
“I’m convinced that the way this gender thing has spread is demonic. It’s false. I don’t even know how many genders there’s supposed to be now, but there are only two that God made. The devil is going after children by confusing gender. When a child is born, what is the first things we say about that child? It’s a boy, or it’s a girl. That is the most natural thing in the world to say. But to say that there is no difference is satanic.

People behind this are influencing children to disorder. This is definitely satanic. There is a mind behind it – an organized mindset.

The devil is a liar and there are huge lies being told. This is being done for money, and there is divisiveness that comes from this – marks of the devil. The evil one feels that he can do these things without somehow being recognized behind it all. This [gender neutrality] is a ploy he has. It is being driven by an agenda because there is a spirit behind it.” – NC Register, Exorcist Warns About Celine Dion’s Occult Children’s Clothing.

Is Céline Dion the mastermind behind this clothing venture? Of course not, the brand has been around for years. Céline is simply being used to sell it. And when one is used by the elite, you can count on elite-owned media to cover it. Especially if there’s some unhealthy going on.

As stated in the beginning of the article, it appears to be Céline’s turn to be in the eye of a media storm. She’s everywhere. For instance, Céline’s recent trip to Paris made the news for all kinds of reasons. First, her emaciated physique (combined with weird wardrobe) lead some people to ask: Is she OK? 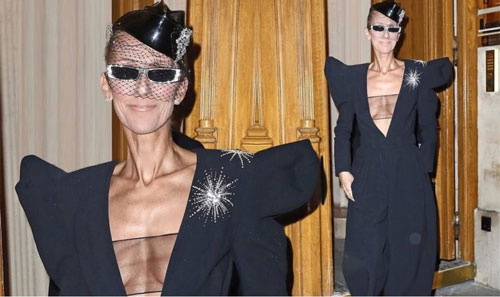 Media celebrated Céline as the “queen” of Paris Couture Week. 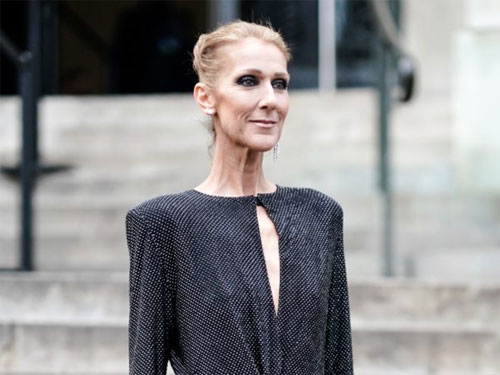 Céline emaciated look led some people to question her physical and mental health.

Is being part of the industry taking a toll on her? When asked about her weight, Céline became somewhat defensive. During an interview with The Sun, Céline said:
“If I like it, I don’t want to talk about it. Don’t bother. Don’t take a picture. I’m doing this for me. I want to feel strong, beautiful, feminine and sexy. If you like it, I’ll be there. If you don’t, leave me alone.”

Céline also made the news because of some juicy gossip: The 50-year-old singer is often seen with 34-year-old dancer Pepe Muñoz. Of course, this lead tabloids to wonder if they are in a relationship. 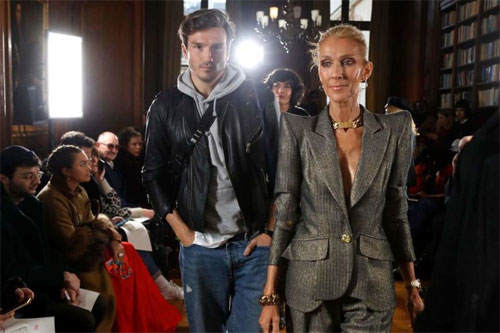 Whether or not these two are in a relationship is not an interesting fact. However, it is just the piece of juicy gossip required to fuel the perfect media storm.

Some publications came out with bold statements saying “Leave Céline alone!”, arguing that her weight and relationships are nobody’s business. However, these clickbaity rags (i.e. Jezebel) are just being hypocritical, as their “articles” only amplify the media storm.

To further prove that there is indeed a media storm, two important Céline-related announcements were made: A $23 million biopic entitled The Power of Love will be released in 2020. The day after, Céline became the new face of L’Oréal Paris. 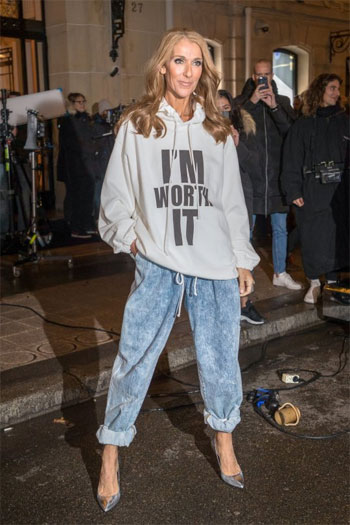 Céline wearing an “I’m Worth It” hoodie for a L’Oréal Paris ad campaign.

The days of Céline being “afraid” of show business are clearly over. She’s been scooped up by it and is now the center of a classic, artificially-created media storm. While Céline used to be solely about the music, she is now being used to promote specific agendas. Her brand CÉLINUNUNU is admittedly about creating a “new order” of genderless children.

Will keep going deeper into the industry? Because, in her own words: “You can never be part of show business because you don’t know what it’s going to get yourself into”.