What Is the Shadow Government and Is It Real? 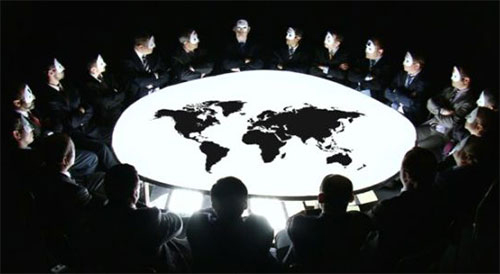 If you’ve spent any time browsing various conspiracy forums or websites, then you’ve most certainly heard the phrase “shadow government” used numerous times.
Today, we’re going to take a look at two aspects of the term. The first is what conspiracy theorists refer to when they use the phrase, and the second will be what evidence actually exists that any kind of secondary, powerful government group actually exists.
If you’re ready to dive into this rabbit hole, then let’s get started.

Conspiracy theorists often describe a group of individuals – actually a group made up of many groups – who operate outside of the reach of the Justice Department.
They are the most powerful individuals inside of the corporate world, the military leadership, and the U.S. government. They are the ones who aren’t elected, and have no “terms” that end. They exist behind the veil of the elected representatives – making the decisions that matter, and driving the votes inside Congress that really matter.

Their prime objective is not freedom or democracy. It’s to boost their own interests. Not only those of the corporations or organizations they own and lead, but also those of their own families; over many generations. The children inherit the power as it shifts from one age to the next, contained inside of a small circle of insiders.
Many theorists believe that many of the major catastrophes and disruptive events throughout the course of history were caused by the hidden hand of these powerful malefic elite.

Many believe their ultimate goal is not just financial – although that’s an intended side effect. It’s actually the eventual control of not only a single country, but the entire future world government (the new world order), that would eventually govern the entire world.

Control Methods of the Shadow Government

Many believe that there is both government support for and corporate sponsorship of the efforts that drive the world toward ultimate shadow government control. Some of these efforts include:
– The militarization of the police;
– The development of fusion “surveillance” centers around the country;
– The establishment of facilities and prisons meant to contain an enslaved future population;
– An “above top secret” military underbelly with funding of $59 billion and growing;
– A surveillance infrastructure that has grown so large that the tip of the iceberg has finally been revealed in the mainstream media via NSA surveillance disclosures.

Regardless which President gets elected, these shadow organizations and individuals continue on with their efforts at control over the populace. They can’t be voted out, because they can’t even be identified.
It makes for a compelling movie plot, but how much of this is actually true? 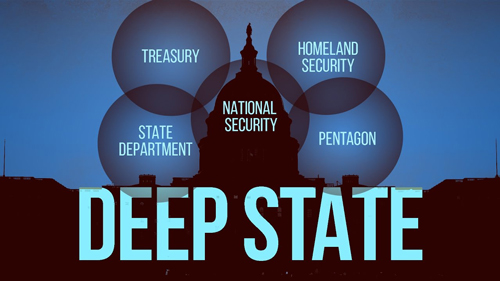 In 2002, the Bush Administration sequestered roughly 150 Federal Executives in two underground bunkers – with the hope that in the event of a major attack on Washington, DC, these individuals would assist with the continuation of the government.
One would expect that such “chosen” individuals were not chosen randomly. They also wouldn’t be thrown into the job of running a “backup” government, without experience and training beforehand. One would think that these individuals had experience running a government already — could these be members of the “shadow government”?

One of the oddest pieces of evidence that came out as recently as 2017 was an FBI summary of some of the Hillary Clinton emails that were part of the FBI’s ongoing probe.
In the 100 page release, documents revealed that one person from the agency wrote that Freedom of Information Act requests for documents related to Hillary Clinton were processed through a group referred to as “the Shadow Government”.

“There was a powerful group of very high-ranking STATE officials that some referred to as ‘The 7th Floor Group’ or ‘The Shadow Government’. This group met every Wednesday afternoon to discuss the FOIA process, Congressional records, and everything CLINTON-related to FOIA/Congressional inquiries.”
Reading this out of context, not knowing that this was written in an actual FBI summary report, one would be forgiven for thinking it came from a Conspiracy Theory website. But that was not the case.

This revelation is unnerving – because it implies that when someone either within the shadow government, or acting as one of their public-facing pawns (aka “elected representatives”) gets in trouble, the “shadow government” members step up to try and protect their own from facing justice.

In a 2016 interview with Salon, author Mike Lofgren, an ex-GOP staffer, shared what he had witnessed in government as “The Deep State”.
He said he believed this group started during WWII with the Manhattan Project – where cities filled with thousands of people working on a massive top secret project – had to be organized via such a “deep state” infrastructure.
He believes it’s an infrastructure that didn’t just fade away after the war, or even after the Cold War, but simply continued to grow in size and complexity through the years.

The groups and institutions he said he recognized as having massive power over elected officials in Washington included:
– The Pentagon (and its private contractors);
– Homeland Security;
– The Department of Treasury;
– The Justice Department;
– Wall Street;
– Silicon Valley (major companies like Google and Apple).

One only needs to observe the attendees at every White House dinner or political fundraisers – all very rich contributors. All of those contributions come with a price – and the price essentially means that the American people are up for sale.
What’s for sale? Our information. Our taxes. Our liberty.

Is There a Shadow Government?

If you observe the last election in the U.S. with an unbiased eye – regardless how you feel about who did or didn’t get elected – one thing is obvious. Many Americans are becoming very aware of who seems to have control over the government.
It isn’t representative of the American people. It’s representative of the very wealthy and the very elite. Laws that are supposed to help the American people – to provide for protections of liberty and basic human rights – are instead created to help corporate interests.

Conspiracy theorists talking about the New World Order and the Shadow Government definitely come across as crazy. Some of them may be. However, it doesn’t take a rocket scientist to take one look at the activities of U.S. elected officials to see where their core interests are.

As the saying goes, follow the money. And where the money leads is to a dark conclusion that most Americans would rather ignore than face.