What’s Happening In The Brains of Autistic Children, According To The ‘Edgar Cayce of our Time’ 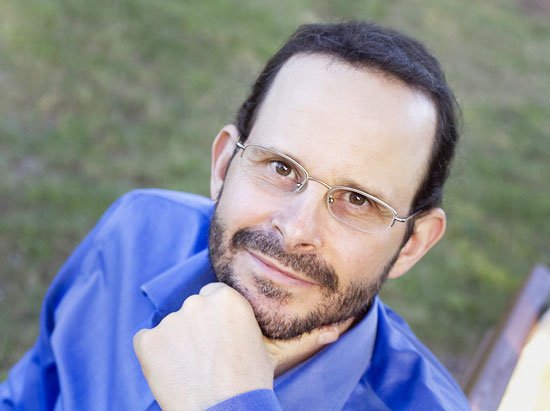 Anthony William, commonly known as the “Medical Medium,” has helped thousands of people of all ages heal from various ailments, including those who have been misdiagnosed or ineffectively treated by their doctors.

He’s done this by “listening to a divine voice that literally speaks into his ear, telling him what lies at the root of people’s pain or illness and what they need to do to restore their health.”

This may seem a little out there to some readers, but substantial research into parapsychology exists to support claims like these. If this topic interests you and you’d like to learn more, a great place to start is with the Institute of Noetic Sciences, where you’ll find plenty of peer-reviewed research.

Anthony has been doing this for more than two decades, and the people he’s helped claim that what he does is several decades ahead of current medical science. His abilities have earned him the trust and love of thousands worldwide, among them celebrities, professional athletes, successful entrepreneurs, best-selling authors, and many more.

For example, Ann Louise Gittleman, a New York Times best-selling author of 30 books on health and healing, has called him the Edgar Cayce of our time, describing how Anthony can read the body “with outstanding precision and insight.” She says he “identifies the underlying causes of diseases that often baffle the most astute conventional and alternative health-care practitioners.”

Numerous doctors have written glowing reviews of his book as well, including Dr. Alejandro Junger, another best selling author. He says, “within the first three minutes of speaking with me, Anthony precisely identified my medical issue. This healer really knows what he’s talking about. Anthony’s abilities as the Medical Medium are unique and fascinating, and his book makes complex diseases that confuse even many doctors easy to understand and address. Highly recommended.”

Autism According to the Medical Medium

In America alone, the CDC estimates that 1 in 50 kids will receive an ASD diagnosis. Scientific publications have been raising countless questions every single year regarding this spike and its relation to things like vaccine ingredients, aluminum in the environment, glyphosate and other pesticides, iPad and cell phone usage by/near babies, and much more.

Anthony’s take on this issue is unique. He begins by mentioning that ASD kids (and other co-morbid labels that come with it like ADHD and Aspergers) are gifted, and that their conditions come with both upsides and downsides:

Children with these conditions often have a high level of intuition, are exceptionally creative, possess an extraordinary ability to see beneath the surface, and, though this goes against traditional thinking, actually have the ability to “read” people easily.

Kids with ADHD and autism often think faster, feel more deeply, and are more intuitive and artistic than the norm, in part because of their limited patience for doing things in the “standard way.”

He then goes on to suggest that children with ADHD and autism are producing new generations of children who will grow up better equipped to solve our problems and chart the best course for humanity. He mentions Indigo Children here, brilliant children with exceptional gifts of intuition and, in some cases, paranormal skills like telepathy.

Too often are conditions like these discussed in a negative light, as though they are something people must suffer through rather than are gifted with. There are many examples of autistic savants who can do extraordinary things that are beyond our understanding. As far as ADHD goes, there are several studies showing that people who show characteristics of ADHD are more likely to reach higher levels of creative thought and achievement compared to those who don’t show these characteristics.

“Our brightest, most creative children and adults are often being misdiagnosed with behavioral and emotional disorders such as ADHD, Oppositional-Defiant Disorder, Bipolar, OCD, or Aspergers. Many receive unneeded medication and inappropriate counseling as a result. Physicians, psychologists, and counselors are unaware of characteristics of gifted children and adults that mimic pathological diagnoses.”

These authors believe we need to stop wasting the lives of misdiagnosed gifted children, and start creating more awareness on the inappropriate treatment that often follows misdiagnosis.

Recent work in cognitive neuroscience has revealed that both creative thinkers and those with an ADHD diagnosis show difficulty in suppressing brain activity that comes from the “Imagination Network.”

There are no school assessments that provide evaluation on creativity and imagination, as these are hard to draw up and measure and accordingly receive little attention in our education systems. And the sad reality is that most children with these labels are shut out of gifted school programs. You can look at some more studies and see some statistics in this CE article.

In his book, Anthony says that, “While being different makes life harder for indigo children as well as for their families it also increases their chances of living extraordinary lives.”

And he asserts that “autism is essentially a more advanced and complicated form of ADHD.”

What Causes ADHD and Autism, According to the Medical Medium

Anthony also offers his theory on what causes autism, saying it’s partly the result of a poor intestinal environment, a topic gaining increasing attention in science today. But, he says, the true underlying cause is heavy metal exposure: “Specifically, ADHD and autism are born from (primarily) mercury, plus aluminum, that settles in the brain’s midline cerebral canal, which divides the left cerebral hemisphere from the right.”

Anthony argues that the medical community is due for a massive wakeup call when it comes to mercury contamination. A joint press conference presented by activist Robert F. Kennedy Jr, who launched the World Mercury Project, and actor Robert De Niro, sought to bring this issue to the forefront.

At that conference, they presented approximately 100 studies showing serious cause for concern with regards to injecting mercury into young children via multiple vaccinations within a short period of time. On the other hand, they offered $100,000 to any doctor, scientist, or journalist who could provide one study that shows it’s safe to inject one of the world’s most toxic substances into babies.

Here is a quote from Dr. Jose G. Dores, a professor at the University of Brasilia’s Department of Nutritional Sciences who recently published a study in the International Journal of Environmental Research and Public Health. In the study, he offers the following observation: “Despite their long use as active agents of medicines and fungicides, the safety levels of these substances have never been determined, either for animals or for adult humans—much less for fetuses, newborns, infants, and children.”

It’s the same thing with aluminum. Numerous studies have linked aluminum to several neurodegenerative disorders, but there are no studies showing it’s safe to inject into babies. In fact, many people remain unaware that appropriate safety assessments (toxicity studies) have not been conducted for the administration of vaccines containing aluminum as an adjuvant.

Government health authorities have been putting aluminum in vaccines based solely on the assumption that they are safe. Because vaccines have been perceived as non-toxic substances for decades, the Food and Drug Administration (FDA) has not attempted to prove the safety of this particular vaccine ingredient. Considering billions of dollars have been paid to families of vaccine injured children, I think it’s fair to say this is an alarming state of affairs.

Anthony mentions that these substances eventually make their way into the brain, and science has already shown this to be true.

Injected aluminum does not enter the body or leave the body in the same way as environmental aluminum. It doesn’t come into the same mechanism of excretion, and that’s the whole point of adjuvants; they are meant to stick around and allow that antigen to be presented over and over again. It can’t be excreted because it must provide that prolonged exposure of the antigen to your immune system.

If it’s not being excreted by the body, then where does it go? A study published in Frontiers of Neurology explains how this biopersistence, demonstrated by its “capacity to migrate in lymphoid organs and then disseminate throughout the body within monocyte-lineage cells and progressively accumulate in the brain” is so troublesome.

A growing number of studies have also linked the use of aluminum adjuvants to serious autoimmune outcomes in humans. 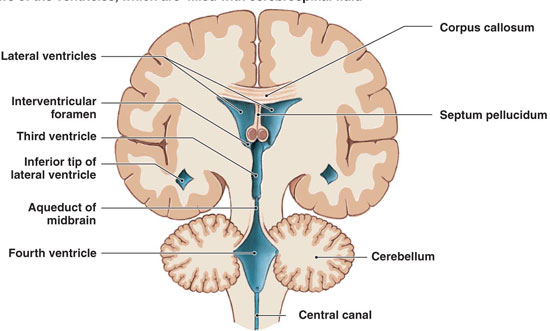 “The brain’s midline is located directly between the right and left cerebral hemispheres of the brain. This midline looks like an open canal, but instead of water running through it, a channel of energy does. It’s not yet documented in medical research that this canal forms a metaphysical, energetic connection between the two cerebral hemispheres and allows information to be exchanged between them. It will be many decades before this is discovered.”

William points out how children have free-flowing midline canals, which is why some of them can remember their past lives (well documented), communicate with other people from the metaphysic realms, and see things that adults don’t see anymore.

“When toxic heavy metals enter this midline canal which is supposed to be open and free, they block the electrical and metaphysical energetic transmissions between the cerebral hemispheres.”

As a result of these heavy metals, and the blocked energetic and electrical transmission between the two hemispheres, William believes children’s brains compensate by using other parts of their brain that are not normally used by others, as well as parts of the brain others don’t start using until they reach young adulthood.

He further explains this concept through the following analogy:

To understand ADHD and autism, imagine the Grand Canyon. There’s a symbiotic relationship taking place in and around it, between physical and metaphysical elements. There’s the water running through the canyon, the wind rising up out of it, the electrical fields from storms and the earth, and the light and heat of the sun. All of it combines just so to make the canyon a visible, energetic, and spiritual force. The brain’s midline canal is like the Grand Canyon in this way—so many elements interacting at once to make it work just so.

Now what if someone altered the pristine environment of the Grand Canyon. What if someone started dropping giant boulders into it, and metal barrels? Everything would change. Wind patters would redirect themselves. The sun would refract at different angles, no longer reaching certain areas but lighting up nooks and crannies that hadn’t seen sunshine for thousands of years. The whole frequency of the place would be different as the elements adapted.

He goes on to speak of specially evolved neurons that help these children with heightened intuition and laser-like focus.

What He Recommends We Should Do

William recommends making dietary changes as the primary course of action, eliminating processed foods, high-fructose corn syrup, and any GMO products. He believes children should be receiving ample amounts of fruit sugar, which is sugar in its natural form, and recommends cutting all wheat/gluten products from the diet.

He also urges parents to “question everything” their child is exposed to:
“Diet is key to recovery from ADHD and autism. Some foods in particular are especially beneficial for, variously, flushing out heavy metals and other toxins, healing brain tissue, supporting healthy neuron signal transmission, providing glucose to the brain, calming the mind, and strengthening the central nervous system. These foods include wild blueberries, cilantro, coconut oil, celery, bananas, blackberries, avocados, strawberries, and flax seeds.ˮ

He then goes on to list a number of herbs and products that help flush heavy metals from the brain. These include spirulina, Vitamin B12, Ester-C, zinc, melatonin, lemon balm, magnesium, ginkgo biloba, GABA, ginseng, probiotics and more.

The information for this article was derived from his book The Medical Medium.