Why are vaccines laced with artificial coloring chemicals made with aluminum, a toxic metal that damages the brain?

A list of vaccine excipients released by the CDC in January 2017 continues to raise safety concerns as immunization shots presented contain some of the most toxic chemicals used in a variety of industrial products. Toxic color additives, for instance, have been added by big pharmaceutical companies for years to stimulate patients into taking these prescribed vaccines. Thus, they have been deliberately allowing patients to ingest hazardous chemicals that coat their immunization products. 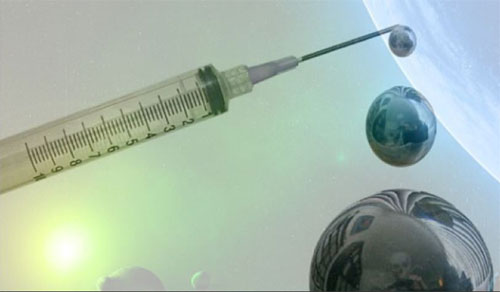 In fact, research data show that there has been a 55 percent increase in the use of toxic food dyes in the U.S. since the year 2000. Children are also highly susceptible to ingesting these hazardous chemicals and have been shown to ingest as much as three pounds of dye by the time they reach 12 years old.

The CDC list includes the color additive FD&C Yellow #6 aluminum lake dye. This color additive, according to the FDA, is made with aluminum cation and aluminum hydroxide. What this means is that aluminum, the same compound widely used in the transportation, construction and electrical industries, is also being added to the most commonly prescribed vaccines in the U.S. This food dye also contains other toxic chemicals including benzene and 4-aminobiphenyl.

The aluminum compounds found in this food dye have been shown to cause severe side effects including stomach pain, painful urination and extreme drowsiness as well as loss of appetite, muscle weakness and severe fatigue. More serious side effects include bloody, black or tarry stool and blotches of blood after coughing. These symptoms, however, merely scratch the surface.

Long-term exposure to this industrial-grade material is associated with various adverse health conditions. Aluminum hydroxide found in food dyes has been shown to trigger gastrointestinal issues such as constipation and impaction. This compound has also been linked to hypophosphatemia-induced muscle weakness and hemolysis as well as rhabdomyolysis and encephalopathy. Aluminum hydroxide was also linked to the onset of a musculoskeletal condition called osteomalacia.

Benzene, another toxic chemical used in manufacturing the FD&C Yellow #6 aluminum lake dye, is a well-established, classified carcinogen. According to the World Health Organization‘s International Agency for Research on Cancer, short-term exposure to the chemical induces narcosis – a condition characterized by a headache, dizziness, confusion and drowsiness as well as tremors and loss of consciousness.

Long-term exposure to benzene was associated with the onset of different types of cancer such as acute myeloid leukemia, non-Hodgkin’s lymphoma and multiple myeloma, according to IARC data. Despite being a known carcinogen, the CDC claims that very little is known regarding the potential hazards of benzene, while many American companies freely use dyes containing this toxic chemical.

Exposure to food dyes has also been strongly associated with attention-deficit/hyperactivity disorder in children. A study published in the journal Science found that consuming a food-dye blend resulted in worse image recall in hyperactive children, compared with drinking a placebo blend. Another study showed that children who ingested a mixture of synthetic dyes displayed hyperactive behavior within an hour following intake. The findings were published in The Lancet.

An Australian study has also established this link by examining 200 children. Researchers found that about three-quarters of parents noted improved behavior and attention span when food dyes were taken out of their child’s diet.

Naturally, the FDA has touted the safety of these artificial color additives in vaccines despite the mounting evidence of adverse health effects, especially among children. The agency continues to dismiss health claims and still labels the FD&C Yellow #6 aluminum lake dye as “generally safe” in its list of approved color additives. Such a move proves shady and may require closer monitoring of the substance.

The Healing Power of Generosity