Why Playing An Instrument Protects Your Brain

A study conducted at Baycrest Health Sciences has uncovered a crucial piece into why playing a musical instrument can help older adults retain their listening skills and ward off age-related cognitive declines. This finding could lead to the development of brain rehabilitation interventions through musical training. 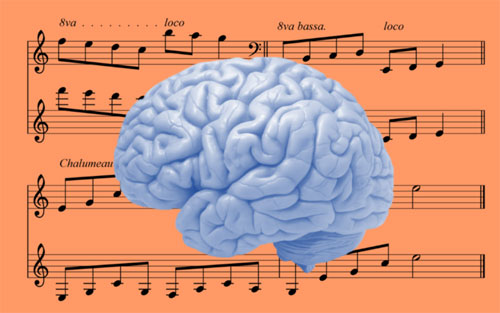 400 published scientific papers have proven the old adage that “music is medicine.” Neurochemical benefits of music can improve the body’s immune system, reduce anxiety levels and help regulate mood in ways that drugs have difficulty competing. Opioids are also responsible for music’s myriad effects on mood, pain and well-being, giving clues to how we can harness its benefits even how it affects our aging.

The study, published in the Journal of Neuroscience, found that learning to play a sound on a musical instrument alters the brain waves in a way that improves a person’s listening and hearing skills over a short time frame. This change in brain activity demonstrates the brain’s ability to rewire itself and compensate for injuries or diseases that may hamper a person’s capacity to perform tasks.

“Music has been known to have beneficial effects on the brain, but there has been limited understanding into what about music makes a difference,” says Dr. Bernhard Ross, senior scientist at Baycrest’s Rotman Research Institute (RRI) and senior author on the study.

“This is the first study demonstrating that learning the fine movement needed to reproduce a sound on an instrument changes the brain’s perception of sound in a way that is not seen when listening to music.”

“It has been hypothesized that the act of playing music requires many brain systems to work together, such as the hearing, motor and perception systems,” says Dr. Ross, who is also a medical biophysics professor at the University of Toronto. “This study was the first time we saw direct changes in the brain after one session, demonstrating that the action of creating music leads to a strong change in brain activity.”

Research for this study was conducted with support from the Canadian Institutes of Health Research, which supported research staff and equipment.

Dr. Ross’ work is setting the foundation to develop hearing aids of the future and cognitive training programs to maintain hearing health.