In September 1969, at the village of Rzhavchik Tisulskago in the Kemerovo region, a very strange burial was discovered. During the stripping work at a coal mine in the core coal seam which lies at a depth of over 70 metres, miner Karnaukhov discovered a marble casket of amazingly accurate mechanical manufacture.

At the command area Alexander Alexandrovich Masalygina ordered all work to be stopped immediately. The casket was brought to the surface and workers began to open it by pecking on the edges of the fossilized putty. Not so much from the blows, but from the effects of solar heat, the putty melted into a clear liquid and flowed. This was a shock to all who saw it. The coffin was filled to the brim with pink-blue crystal clear liquid.

In it lay a slim, unusually beautiful woman – who looked about thirty, with a fine European features and large, wide-open blue eyes. Her covering was dark brown with a reddish tint to the waist. She had curls, and, resting at her sides, soft white hands with short, neatly cropped nails.

She was dressed in a white lace transparent dress length just below the knee. The short sleeves were embroidered with colourful flowers. Underwear was absent. It seemed that she was not dead, but sleeping.

At her head was a black, rectangular metal box, rounded at one end (something like a cell phone), of approximately 25 to 10 cm in size.
After about ten to fifteen hours, the coffin was open for all to see. The whole village came to see this wonder.

However, in less than 24 hours the mysterious finding was reported in the district centre. The fire brigade, the military, and militia all confirmed the discovery. By 2 pm that day, a brick-red helicopter landed and the place was declared contagious and onlookers pushed away. Then the authorities sealed off the place and quarantined all who touched the coffin, even those who had been standing near.

The story is told among the villagers. Few people believe them, however, once you start looking deeper into the story you start noticing strange details. 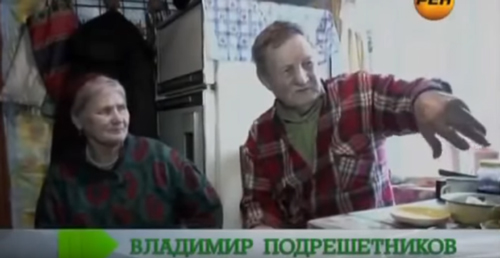 According to eyewitnesses, here is what happened:

The coffin was transferred into the helicopter, but the burden was too heavy, so they decided to make it easier by removing the liquid. After pumping the fluid out of the coffin, the corpse began to blacken right in front of their eyes. So then the liquid was again poured in, and the blackness rapidly disappeared. Then, after a minute, the cheeks blushed again, and the mortal remains of the corpse returned their lifelike appearance.

The coffin was closed and another helicopter was brought in to transport the remnants of the land putty in cellophane bags.
Five days later, an elderly professor from Novosibirsk came to report on the preliminary results of their laboratory findings. The professor said that this discovery would turn their very understanding of history upside down. When Soviet scientists would published their findings, the scientific world would be plunged into shock.

The age of the burial, according to the professor, was at least 800 million years old! The woman was older than the coal, having been buried as the coal formed around her coffin. Even by the evolutionary dating criteria, this refuted the Darwinian theory of evolution.

The nature of the fabric from which her dress was made is not amenable to scientific analysis. Also, the equipment to produce such material does not exist today.
It has not been possible to identify the composition of pink-blue liquid, but only some of its components, which include varieties of onions and garlic.

On the metal box, the professor said nothing, except that it was being studied.
The level of civilization in the time of this woman was probably far more advanced than ours.

How the villagers were silenced?
Indignation subsided when the Tisulsky area was suddenly surrounded by the military, and the police went from house to house, removing “seditious” members of the population. The place where they found the tomb was carefully dug and filled up with earth. 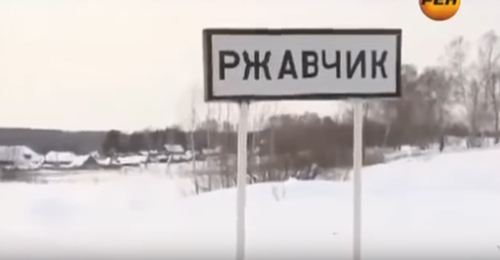 Despite the efforts of the authorities, among the people in the village were fighters for truth. One of the villagers kept running around, trying to stir up interest. He even wrote a letter to the government Central Committee, but died within a year (according to the official version, from heart failure).
During the same year all six of the original coffin witnesses were allegedly killed in car crashes, one after another silenced forever.

In 1973, on the shores and islands of Lake Berchikul, six kilometres from the discovery site, all summer to late autumn large-scale excavations were conducted in secrecy.

The site was surrounded by soldiers and police. But one guest worker who participated in the excavation and kept quiet for a long time, went to the shopping area, slightly drunk, and said that an ancient cemetery was discovered on the islands.

Since then, village people have been to the dig site and reported that the brick-red helicopter was taking something out.

Also, on the islands and shores of Berchikulya hundreds of carefully dug up and buried underground tombs can be found.

All of this sounds so very strange, and hard to believe. However, if you go in Kemerovo, to the village of Rzhavchik Tisulskago, and ask people about the “Tisulsky Princess” they’ll all confirm this story. Or at least they’ll say that they’ve heard of it.

If you search the internet you won’t find a credible debunk of this story, or a solid fact that it is false.

The Darwinism and the whole evolution theory have already too many “plot holes”. Of course, “evolution” is undeniably true if it means simply that existing species can change in minor ways over time, or that many species living today did not exist in the past. But Darwin’s claim that all species are modified descendants of a common ancestor obviously is not true.

Our history might be A LOT more deeper than we could have ever imagined.
If the story of the “Tisulsky Princess” is correct in even the slightest way, than it would be either a proof of aliens, time travel, or the greatest debunker of the Darwinian theory there is.

Endgame: Disclosure and the Final Defeat of the Cabal (1)

False Flag Terrorism: Murdering the Innocent In Order To Support the Lie