Woman with Two Mutations Has Virtually No Pain, Heals Faster, Has Little Fear or Anxiety

A middle-aged Scottish woman has two mutations that virtually prevent her from feeling any pain. She can eat the hottest of Scotch bonnet chili peppers whole without the slightest problem. She gave birth and never needed any painkillers, and she is blessed with having extremely low anxiety or feelings of fear. One of her genetic mutations is new to science and could be a potential breakthrough for every person on the planet who experiences chronic pain. 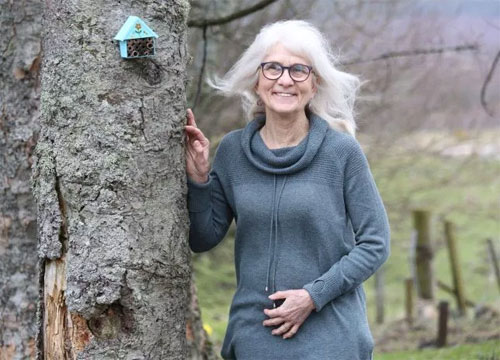 It reminds us of the story of Henrietta Lacks, the American woman whose immortal cancer cells transformed medical research.

Jo Cameron, who lives in the Highlands, feels virtually no pain, fear or anxiety – and may even heal quicker than normal.
Jo, 71, didn’t feel pain after hip surgery, wrist surgery, or even after giving birth to her kids. “I felt things. I felt my body stretching. I felt peculiar feelings but no pain,” said Cameron.

Cameron’s experience of pain is so diminished that she can burn herself and only realize she has done so when she smells flesh burning.
“I broke my arm and didn’t realize for two days I’d broken my arm. I was about nine I think. It was only when my mother looked and said: ‘There’s something wrong with your hand. We have to take you to the doctor’,” that Cameron realized she was in trouble.
“It had to be re-broken because it had begun to set,” she explained.

When doing household chores, she is often in danger of hurting herself without knowing it.
“I’m ironing and quite often I’m sort of ironing away and suddenly find I’ve ironed my arm,” she said. “and it only after that I see a mark down there that I realize I’ve ironed my arm.”

For her entire life, Cameron thought her experience of pain was just normal, but then she needed an operation in her mid-60s and doctors realized there was something highly unusual going on.
“Looking back, I realize I hadn’t needed painkillers, but if you don’t need them you don’t question why you don’t.”
“You are what you are, until someone points it out you don’t question it. I was just a happy soul who didn’t realize there was anything different about me.”

After her wrist surgery, she refused painkillers, which baffled doctors at first. When Cameron insisted she wouldn’t need any meds, the doctor checked into her medical records and saw that she never once had needed them in her life, not even when she gave birth to her two kids.
Speaking about giving birth she said, “It was just strange, but I didn’t have pain. It was quite enjoyable really.”

Cameron was referred to pain researchers at two universities so that they could determine why Cameron experienced virtually no pain. They found she had two gene mutations, and one was completely new to science. One gene mutation inhibits an enzyme called less faah that works to break down a natural painkiller in the blood. The other mutation, known as faah-out, might be the first of its kind recorded.

Since she lacks an enzyme, Cameron has twice the level of natural painkiller in her body as other people. Her mutations leave her less anxious and fearful, but also cause some memory lapses. In addition, doctors think Cameron is able to heal quicker than other people.
“It’s called the happy gene or forgetful gene. I have been annoying people by being happy and forgetful all my life – I’ve got an excuse now,” she said.

Millions of people suffering from chronic and acute pain currently rely on addictive painkilling medication. Millions of others will need pain medication after undergoing surgery. Imagine if doctors find a way to turn off that pain temporarily without the use of drugs.

John Wood, a professor from Univ. College London in the Molecular Neurobiology Department is studying Cameron’s unique genetics. He says what researchers learn could have an enormous impact on millions of suffering people around the world. The findings could help people with chronic pain, post-operative pain, anxiety disorders, as well as advancing wound healing methods.

“So we hope that we’ll be able to help people in the future by harnessing the knowledge that we’ve gained by harnessing the mutation in Jo and trying to mimic it through gene therapy, or potentially in a pharmacological way,” says Wood.

Wood says he believes other people like Cameron are out there, but at the moment, she could be unique to science for having the two genetic mutations at once. However, the researchers are hoping her story will inspire others like her to come forward so that they can potentially help untold millions of people who are aging and will most likely require painkillers in order to cope.

Jo Cameron is “elated” that research into her genetics could help people all over the world.